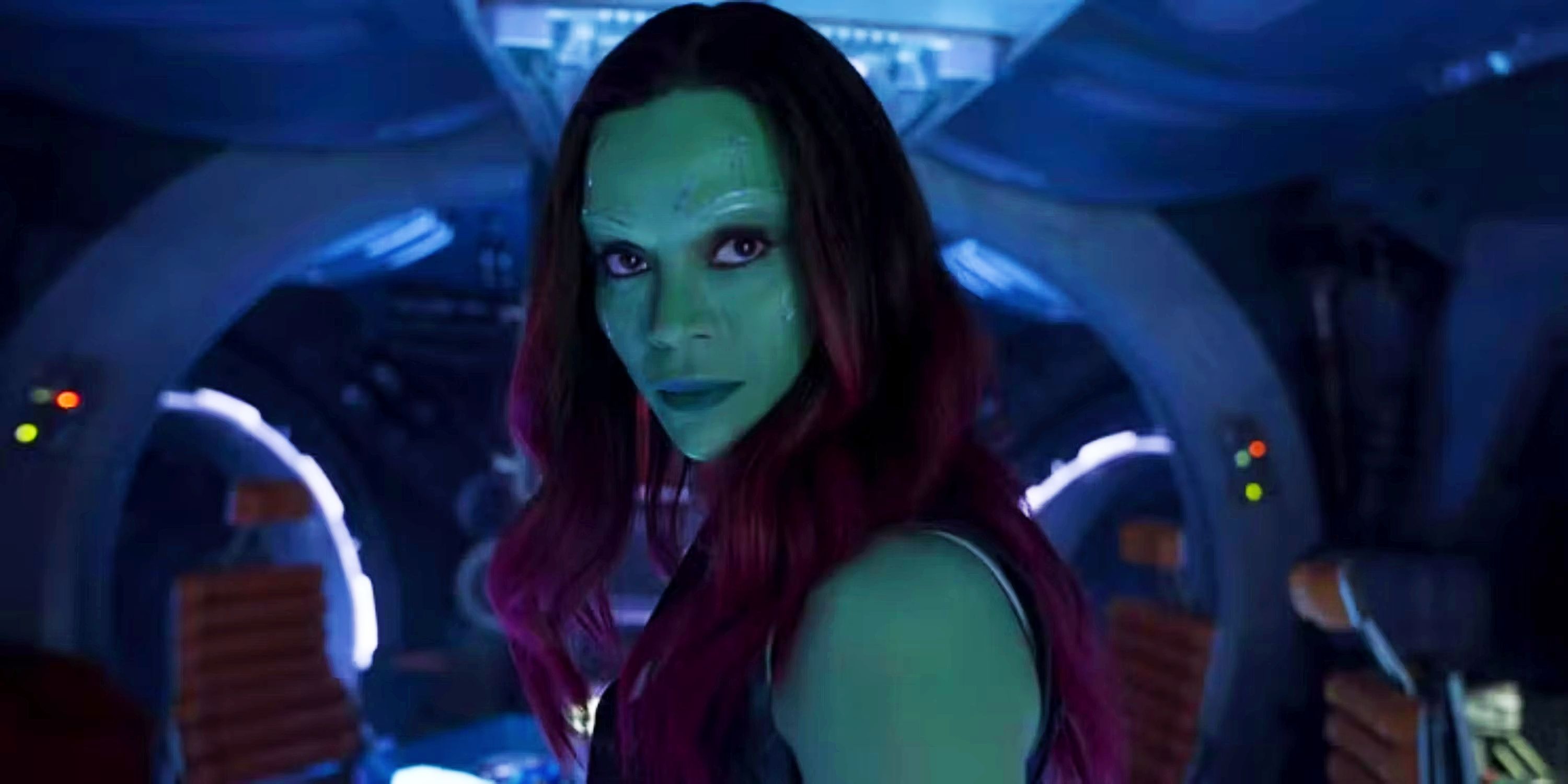 Guardians of the Galaxy 3 could be the final MCU movie for Gamora, as Zoe Saldaña addresses her future with Marvel Studios’ franchise after Phase 5.

Guardians of the Galaxy Vol. 3 star Zoe Saldaña addresses if the movie is Gamora’s final appearance in the Marvel Cinematic Universe. It appeared that Saldaña’s time as Gamora with the MCU came to a close in Avengers: Infinity War when Thanos sacrificed her to obtain the Soul Stone. However, Avengers: Endgame‘s time travel opened the door for Gamora to stick around. Zoe Saldaña is confirmed to return next year for Guardians of the Galaxy 3, which has been described as the final movie for this iteration of the team, casting doubt on what will happen to the main characters by the film’s conclusion.

Marvel Studios has not announced any plans to bring Gamora back after Guardians of the Galaxy 3, leaving Zoe Saldaña to address questions about her MCU future. She was asked about the potential for her to play Gamora again after the Phase 5 movie during a new interview with Variety. While she did not outright confirm what the future holds, Saldaña was very honest about her thoughts on being part of the MCU. She said she would not be upset if she never had to wear the green makeup again even though she misses Gamora at times.

I can never say no to anything, but that green makeup? I wouldn’t be upset if it didn’t happen again. [Laughs] I miss Gamora but I don’t miss 3:30 a.m. calls and five-hour makeup sessions and trips to the dermatologist afterwards.

Related: MCU Phase 4: Where Gamora Is Now And Which Movies She’ll Be In

There is always the chance that Zoe Saldaña will return as Gamora after Guardians of the Galaxy 3. Marvel Studios is likely to continue to use the Guardians characters even as James Gunn takes control of DC Studios. Avengers: The Kang Dynasty and Avengers: Secret Wars are on the horizon after all, and any remaining Guardians will likely be involved in the event films. Meanwhile, Guardians of the Galaxy 3 is meant to set up the next 10 years of MCU cosmic stories and Gamora could have a role to play in those plans potentially.

Given the nature of Saldaña’s comments, though, it seems she might be ready to leave the MCU. This could mean that Guardians of the Galaxy 3 ends Gamora’s story in some fashion. It is unlikely that the film will kill Gamora again, as Marvel could have just left her dead after Avengers: Infinity War then. If killing Gamora is off the table for Guardians of the Galaxy 3, the movie could radically change her position in the galaxy. Gamora is leading the Ravagers in the sequel, so perhaps the movie ends her story with Saldaña’s character staying with the new team and going on a separate path from the Guardians.

If Guardians of the Galaxy 3 is the final appearance for Zoe Saldaña’s Gamora in the MCU, she will wrap up her time with the franchise after playing the green-skinned adopted daughter of Thanos for almost a decade. She could also become another one of the main cast members to officially exit the franchise after the threequel. Drax actor Dave Bautista has indicated Guardians of the Galaxy Vol. 3 is his last appearance, so he and Zoe Saldaña could leave the series with James Gunn.

More: Guardians Of The Galaxy 3 Will Show Thanos’ Final Defeat (Not Endgame)