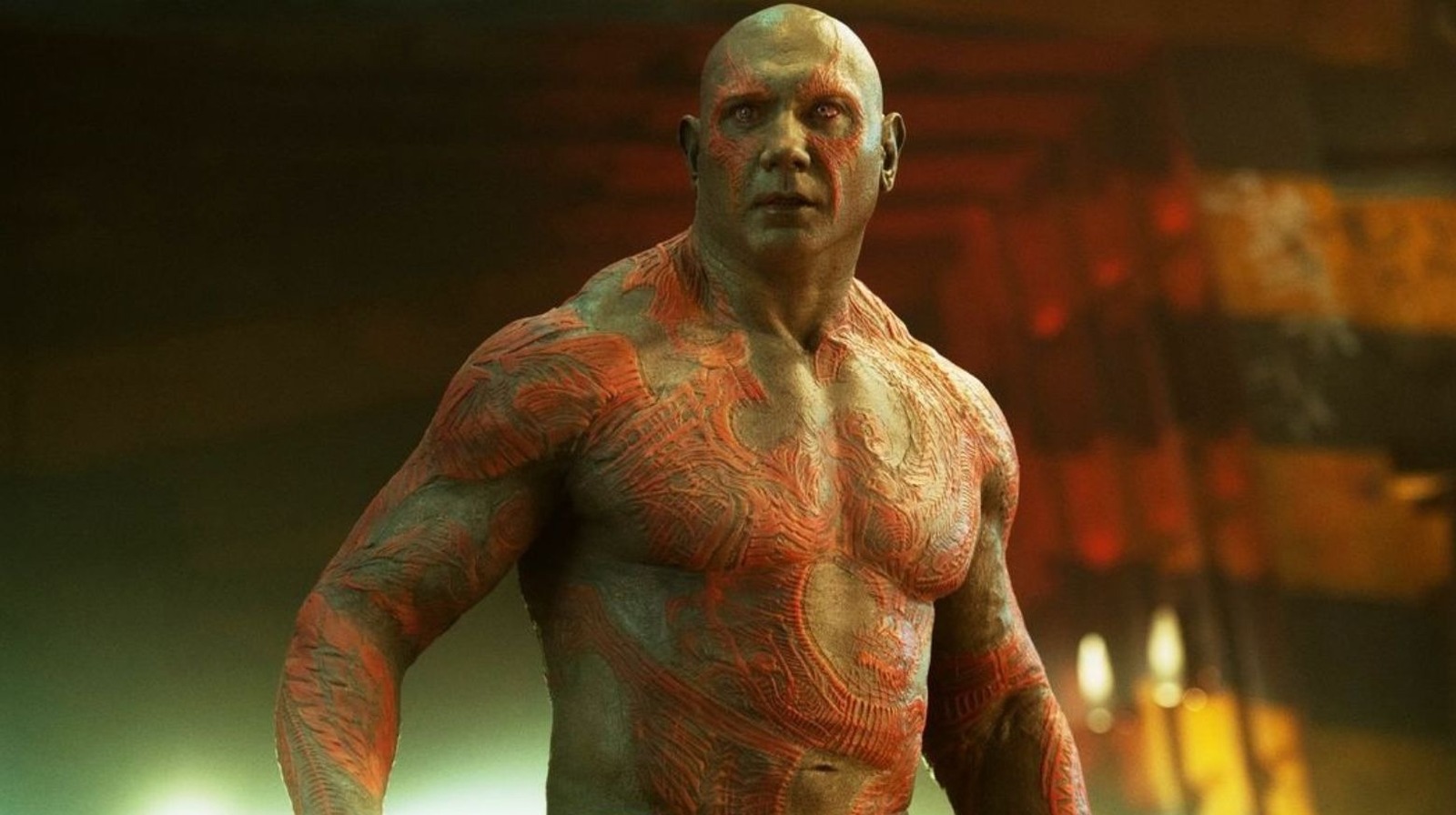 Dave Bautista has already indicated that his days of playing Drax the Destroyer are numbered. “Drax isn’t going anywhere. He just won’t be played by this dude!” he posted on Twitter in May 2021. “[By] the time [‘Guardians of the Galaxy Vol. 3’] comes out I’ll be 54 yrs old for [God’s] sake! [I’m] expecting everything to start sagging any second now.”

Speaking to Inverse in June 2021, comic book artist Jim Starlin — the visionary behind Marvel Comics characters like Thanos, Shang-Chi, Gamora, and Drax the Destroyer — commented on Bautista’s reluctance to continue playing Drax, stating, “I can understand hitting 54 and not wanting to take your shirt off anymore.” Among those who responded to Starlin’s comments on Twitter were “Young Rock” star Brett Azar (who plays the Iron Sheik), who playfully (if also, one presumes, sincerely) replied, “I’m right here.”

Azar certainly has the physicality and the comedic timing as Drax and could be the perfect replacement for Bautista in the role, should Marvel Studios be on the hunt for a new Drax actor post-“Guardians of the Galaxy Vol. 3.” Drax is, after all, the “Guardians” franchise’s true comedic star — a hulking brute who lost his family and doesn’t understand metaphors or idioms yet employs physical humor in the most extraordinary way imaginable.