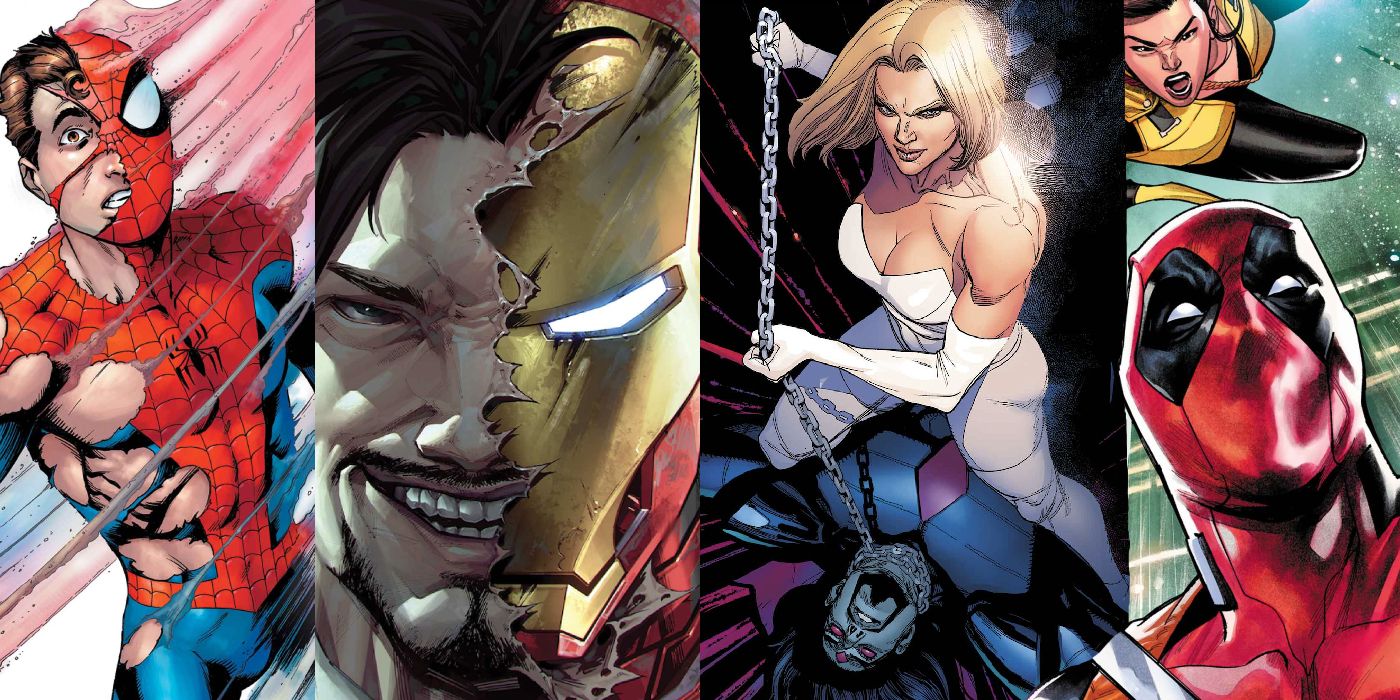 The X-Men’s “Sins of Sinister” event expands, Red Goblin and Blade’s daughter get their own solo series and more in Marvel’s February 2023 solicits.

Marvel Comics is readying for a packed month of February 2023 with new X-Men, Spider-Man, Iron Man titles and more!

The X-Men’s “Sins of Sinister” event, which officially launches in January, expands with three new tie-in series. Immoral X-Men by Kieron Gillan and Paco Medina sees the X-Men find themselves in a world where mutants are widely beloved, while Storm & the Brotherhood of Mutants by Al Ewing and Medina follows Ororo on a personal quest for revenge. Lastly, Nightcrawlers by Is Spurrier and Medina introduces a number of new X-Men variants into the Marvel Universe, including a character named “Wagnerine.”

RELATED: The X-Men Are Poised to Commit Genocide on One of Marvel’s Oldest Alien Races

Elsewhere, Normie Osborn is getting an ongoing series. Spinning out of Venom and the upcoming “Dark Web” event, Red Goblin by Alex Paknadel and Jan Bazaldua follows Norman Osborn/Green Goblin’s grandson as he receives a symbiote transforming him into something else entirely, all while he wrestles with his family’s legacy.

Over in a galaxy far, far away, Han Solo’s wife, Sana Starros is getting her first-ever solo series. Written by Justina Ireland with art by Pete Perez, Star Wars: Sana Starros joins the fan-favorite character on a mission which involves returning to her ancestral home and battling stormtroopers.

All of this, Blade’s daughter Bloodline’s first-ever series, a new Betsy Braddock adventure, Bishop starting a new war college for mutants and more.

Read the full solicitations below, and then discuss them here on CBR’s Marvel Comics forum, Spider-Man forum, Star Wars forum, or X-Books forum.

DEMON WARS: DOWN IN FLAMES #1

NAMOR THE SUB-MARINER: CONQUERED SHORES #5 (OF 5)

DAREDEVIL BY CHIP ZDARSKY: TO HEAVEN THROUGH HELL VOL. 4 HC

THUNDERBOLTS: BACK ON TARGET TPB

GUARDIANS OF THE GALAXY BY DONNY CATES TPB