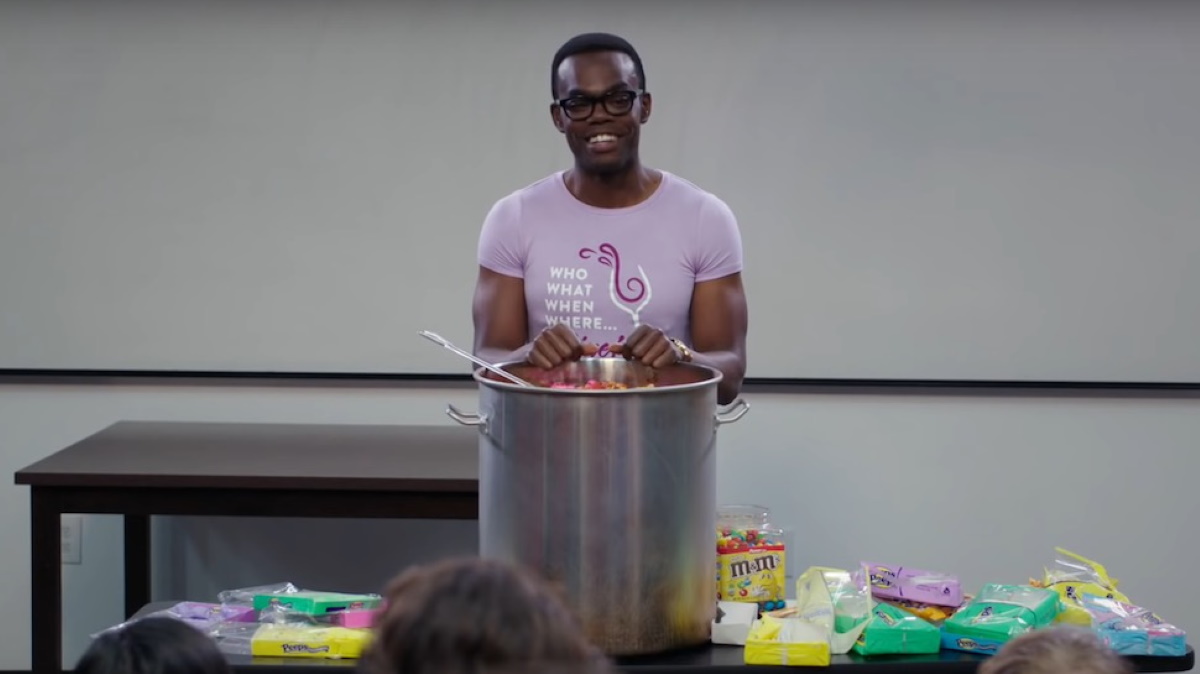 I am having a classic Chidi Anagonye flip out right now because William Jackson Harper is joining the Marvel Cinematic Universe!!! The actor who became everyone’s favorite new boyfriend in the hit NBC show The Good Place has been a fan favorite for a dreamcast of a pretty fantastic character for the last few years and so to know that he is joining the MCU in any capacity is exciting.

According to Variety, Harper is joining the cast of Ant-Man and the Wasp: Quantumania. The third movie for Paul Rudd’s Scott Lang recently released its first trailer which highlighted Lang, his daughter Cassie (played by Kathryn Newton), Hope Van Dyne (Evangeline Lilly), Janet Van Dyne (Michelle Pfeiffer), and Hank Pym (Michael Douglas) all being dragged into the Quantum Realm to face off against Jonathan Major’s as Kang.

This is exciting for a number of reasons. One, Harper is truly hilarious and so talented so having him in the Marvel Cinematic Universe is a treat for comedy fans and Marvel fans. But also he is so genuinely nice and fantastic to watch on scree so whoever he’s playing is going to be great. Harper’s role is still under lock and key which means I get to preach about my dream casting for Reed Richards. (Hence all my fantastic jokes?)

Let him be Reed!

The minute that Jonathan Majors was cast as Kang, I had my options for who I wanted to be Reed instantly. Reed Richards and Nathaniel Richards are related in the comics and Nathaniel is famously known as Kang the Conqueror. So my mind instantly started thinking of who could play Reed and the first two options I had were Aldis Hodge (who has since played Hawkman in Black Adam) and William Jackson Harper.

Right this moment, we don’t know who he is going to be playing in Ant-Man and the Wasp: Quantumania but if you told me all those months ago that William Jackson Harper was actually in the running to be in the Marvel Cinematic Universe at all, I would have been shocked and now I have demands that need to be met and those demands are that he is Mr. Fantastic himself. Thank you!

—The Mary Sue has a strict comment policy that forbids, but is not limited to, personal insults toward anyone, hate speech, and trolling.—

Have a tip we should know? [email protected]