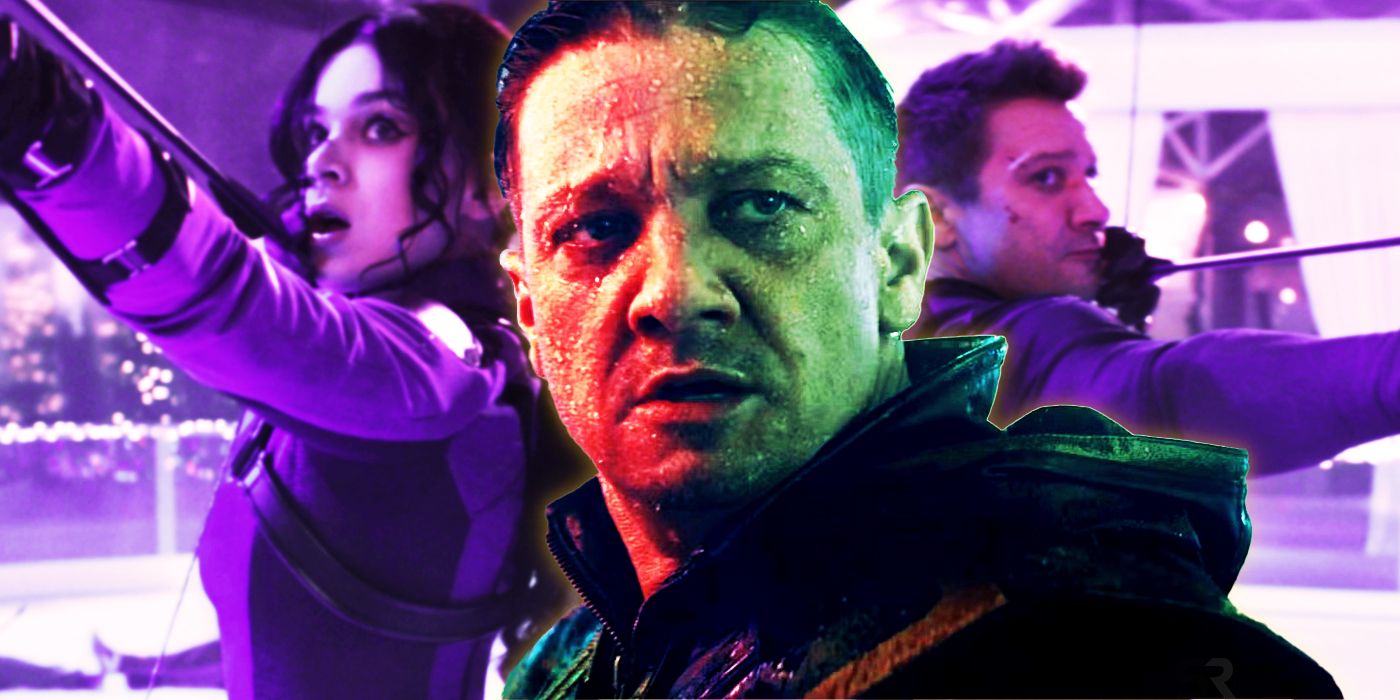 While the MCU’s Phase 4 has spent plenty of time dealing with the fallout of Thanos’ actions, Hawkeye remains the most powerfully sad entry.

The MCU was forever changed by Thanos’ actions, but an important detail makes Hawkeye’s story the saddest follow-up to Avengers: Endgame. While it has worked to set up the Multiverse Saga, much of the MCU’s Phase 4 has been defined by the events at the end of the Infinity Saga. While many have had to reckon with the consequences of Thanos’ plans despite his eventual defeat, Clint Barton’s Hawkeye story demonstrates that his is the saddest follow-up.

The MCU’s Phase 4 has had plenty of attempts to highlight the loss that people felt after the snap, and Phase 3’s closing entry, Spider-Man: Far From Home, can’t be ignored either. This has ranged from the deeply personal, with WandaVision showing Wanda Maximoff’s grief over Vision’s death, to the geopolitical, with The Falcon and the Winter Soldier demonstrating the issues caused by trying to reinstate old borders. However, Clint Barton’s story is not only crushingly sad, it also appeals to more relatable experiences.

Related: Why Did The CIA Want Hawkeye Dead?

Hawkeye Reminds Viewers Of The Humans Behind The Heroes

While WandaVision and other entries for the MCU Phase 4 dealt with the fallout of Avengers: Endgame, Hawkeye has been its saddest follow-up to date because the concepts it deals with are so much more concrete. Without being fantastical or dealing with huge political issues, Hawkeye focuses on how the snap affected an everyman with very real-world problems and issues. The framing of Clint Barton attempting to finish things up so that he can get back to his family for Christmas points to the most important aspect of this.

Clint Barton was always portrayed as being a close friend to Natasha Romanoff, but also as a family man. His descent into becoming Ronin was driven by the loss of his family, and the Christmas setting of the series helps to highlight just how painful the 5 years were for Barton. While Black Widow threw herself into her work, Clint Barton spent 5 years of family holidays without his family, convinced that they were all gone forever. The Hawkeye series isn’t only sad for how it frames Barton’s experiences but for the fact that with Barton being the most everyman of the heroes it highlights that this was the truth for so many other families as well.

While Hawkeye is the saddest post-script to Avengers: Endgame, it also provides another important message: one of hope. Not only does Hawkeye end with Barton able to rejoin his family for the holidays, it shows him taking on a new protégé. Despite the grief and anger that he had to face, Barton in Hawkeye is able to find that light again and she it with others, and while he’ll remember that time of loss and the death of Natasha, the focus at the end of the series is a more positive look at the future that they fought for.

More: Every Trick Arrow Hawkeye Uses In The MCU