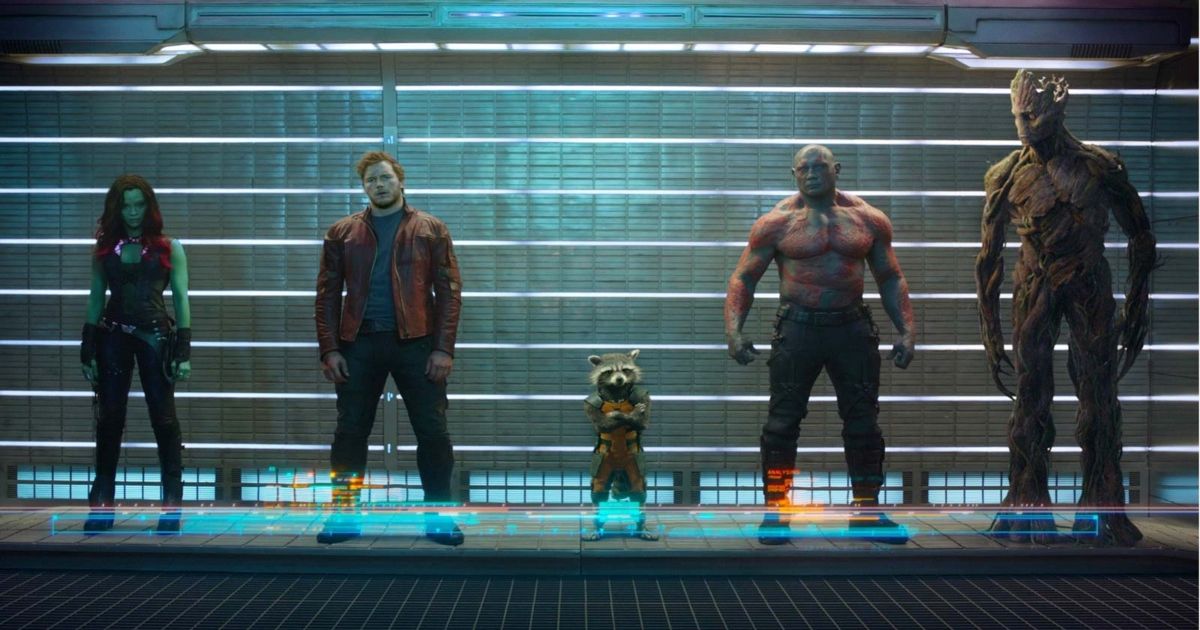 The Marvel Cinematic Universe is one of the most expansive franchises in the history of film. With over 30 different films and shows under its umbrella, there is a vast myriad of characters and subseries that exist within the overall context of the MCU. Some of these subseries, such as the Captain America or Iron Man films, serve as cornerstones of the franchise that drive the overall plot of the universe forward. Some of these series within the MCU, however, are more focused on telling their own story rather than adding to that of the universe. The biggest example of this comes in the form of the Guardians of the Galaxy films, directed by James Gunn.

With Guardians of the Galaxy Vol. 3 set to kick off the summer movie season in 2023, the space-faring Gunn-directed Marvel series will become the seventh in the MCU to round out a complete trilogy of films. It has been preceded by the likes of Iron Man, Captain America, Thor, The Avengers, Spider-Man, and Ant-Man (after the release of Quantumania in February). However, the Guardians of the Galaxy trilogy has a noticeably different atmosphere around it than the other trilogies and series that the MCU has to offer. Though it is inarguably part of this grand cinematic universe, this specific set of films also has its own life and fan base beyond the overall MCU. It’s precisely because of this separation that the Guardians of the Galaxy movies are the MCU flicks most uniquely positioned to outlive the very universe they exist within. Here’s how:

While the Guardians of the Galaxy movies are often considered to be “superhero movies” solely because they exist within the Marvel Cinematic Universe, when you take a step back and look at them, the films undoubtedly exist significantly more in the science-fiction genre than they do in the superhero genre. They are chock-full of all sorts of wacky and absurd aliens, ranging from walking trees to the infinitely-tentacled Abilisk at the beginning of Vol. 2. The films are cosmic adventures that have more in common with the original Star Wars and Star Trek than they do with the likes of Iron Man or Captain America. And, as sci-fi movies, they were some of the best blockbusters to come from that genre in the 2010s.

Because the Guardians of the Galaxy movies are so different from the majority of comic-book movies that are produced today, they are the most likely to experience a different long-term lifespan than the likes of The Avengers and the rest of the superhero genre. People have been spouting off about the onset of superhero fatigue for years now, and it hasn’t happened yet. But, there’s no doubt that, at some point in the future, the superhero movie genre will fade away from the limelight it’s in now. Just as the Western and the movie-musical genres eventually fell from the high pinnacle they were once at, this immense bubble of superhero movies is bound to burst at some point, whether it’s in five years or another twenty. However, since Guardians of the Galaxy barely exists within the superhero genre (if at all), the films in the series are likely to have a much longer shelf life than other more-generic superhero outings.

The MCU was already firmly established before Gunn and Guardians of the Galaxy came along. Released in August 2014, the first Guardians film was the 10th film that the franchise had produced. The immense crossover of the original Avengers movie had happened two years prior, and there were already three Iron Man movies and two Captain America and Thor flicks under the MCU’s belt already. When Guardians of the Galaxy was announced, pretty much no one knew anything about the series or the characters that defined it. A lot of people were predicting that it would be the MCU’s first big flop and that nobody would be interested in a weird space movie about a talking raccoon and a tree. Obviously, that’s not what happened.

However, the distinct tone and story of Guardians of the Galaxy, in addition to its killer soundtrack of ‘70s bangers, made it an instant sensation. The film became the third highest-grossing film of the MCU at the time, only behind The Avengers and Iron Man 3. It was one of the defining blockbuster movies of 2014, and it made superstars out of Gunn and the film’s star, Chris Pratt. A key part of what set Guardians apart from the nine films that preceded it was the fact that, for all intents and purposes, it had pretty much nothing to do with anything else the MCU was doing at that point. Yes, there was a little bit of connective tissue with the brief inclusion of Thanos, but beyond that, the first Guardians of the Galaxy movie was an entirely standalone movie that didn’t rely on the established characters of its franchise. It barely even cared to visit the same planet those characters were living on.

This independence from the rest of the MCU carried over to Guardians of the Galaxy Vol. 2 as well. Despite four more MCU entries between Vol. 1 and 2, including another Avengers movie, Vol. 2 still refused to directly tie into pretty much anything else that was happening in the overall MCU. If anything, Vol. 2 is even more sequestered from the rest of its cinematic universe, as there’s not even the slightest connective tissue of a character like Thanos. With Vol. 2, it’s clear that Gunn was only concerned with building a direct sequel to his first Guardians film, rather than interweaving his story with the rest of what was going on in the MCU. The first two Guardians films are the rare MCU movies that can be shown to someone who doesn’t know anything about Marvel, and they wouldn’t need to feel obligated to watch anything else before or after them. This puts the Guardians movies in a very good position to age better than most films in the MCU, because they are so distinctly different from everything else. The Guardians characters wouldn’t even crossover with any of the other MCU characters until Avengers: Infinity War and Endgame a few years later. While it’s still to be seen if Vol. 3 will continue the same independence streak as its two predecessors, the film will have to tackle the immense effects and changes that the Avengers films had on its characters, especially in the case of Gamora.

One of the biggest differentiating factors that separates the Guardians of the Galaxy movies from the rest of the MCU is the fact that there has been one consistent and strong creative voice behind the entire series, even the Holiday Special. All the rest of the subseries in the MCU have worked their way through various directors and storytellers that put their own spins and takes on the core characters. The Captain America movies were passed to a different director after the first entry; the Thor films have had three different filmmakers at the helm; the Iron Man movies moved onto a different director for the third entry, and so did The Avengers. The only other two MCU trilogies to have the same director for all three films are Spider-Man with Jon Watts, which was produced by an entirely different studio; and Ant-Man with Peyton Reed, whose directing style can best be described as basic MCU vanilla.

Not only have the Guardians films had the same director and creative team on board for the entire trilogy, but Gunn brings his own sharp and unmistakable voice as a filmmaker to the series, which gives it its own standout personality. Gunn’s comedic sensibilities and throwback style as a director are clear and easy to see when watching the Guardians movies. They have a bit more of an edge to them than the rest of the MCU films, not in a dark way but more-so meaning that Gunn hasn’t been afraid to push the envelope with the kinds of jokes and material that typically makes its way into family-friendly Disney films. One extreme example comes in Vol. 2, where Gunn managed to get literal space-robot sex workers into a Disney movie, which is objectively hilarious.

The biggest advantage that the Guardians films have gained with having the consistent voice of Gunn behind the camera is that there has been a real continuity to the characters from film to film. Whereas characters like Thor have been completely reinvented between solo outings, the Guardians characters have remained steady throughout each of their movies. The only changes to the characters have come through well-earned and developed arcs within the actual plot of the movies. There has been no change in creative hands or direction behind the scenes that has drastically altered the overall direction or tone of the Guardians movies. Audiences always know what they’re getting with a Guardians of the Galaxy story, even when it’s something as minor and one-off as the Guardians of the Galaxy Holiday Special. This will do the movies a lot of favors when they are revisited in a decade or two, as they are able to be spliced out of the MCU entirely while still maintaining their own unwavering and singularly strange story and tone.