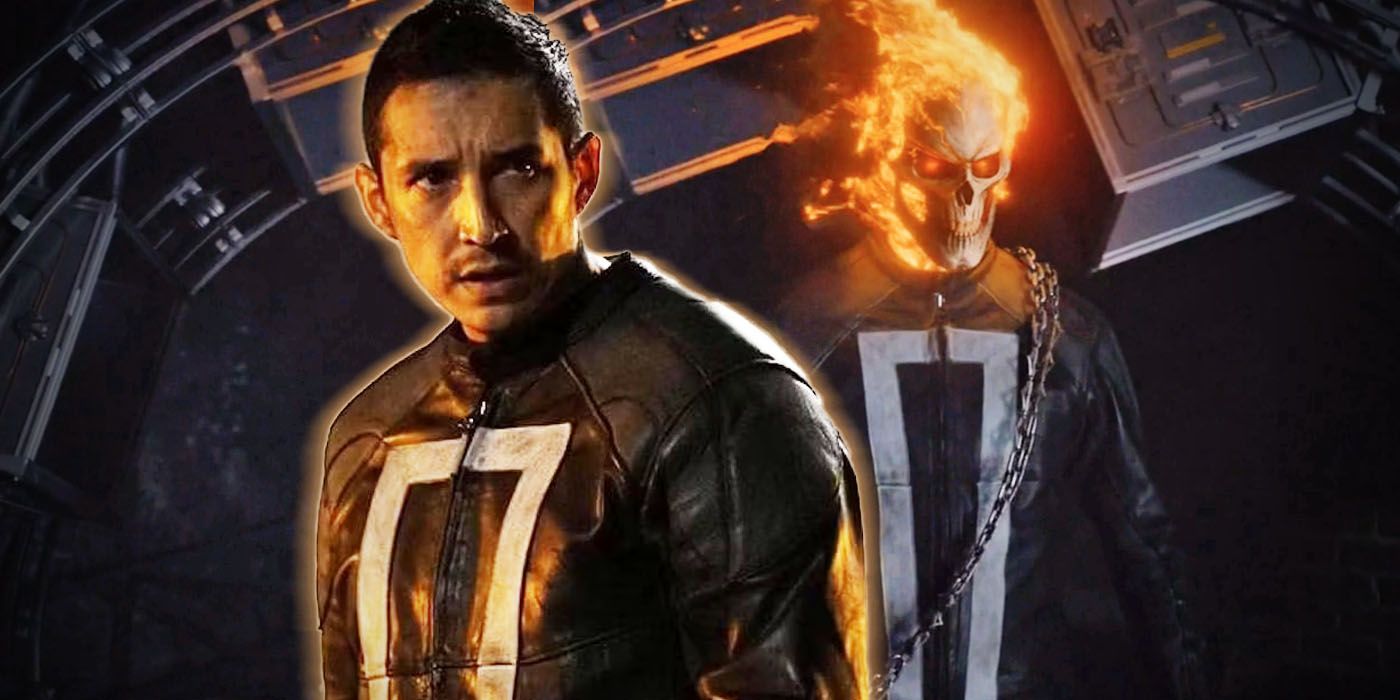 The Marvel Cinematic Universe’s Phase Four has grown exponentially in overarching narrative and its exploration of various genres. One of the most unexpected yet intriguing has been its look into the supernatural. Ever since the death of Thanos, the limits of magic have been revealed and pushed. Perhaps what’s most intriguing about this development are the characters that come from it, like Agatha Harkness and the Werewolf By Night. However, fans are still clamoring for one more supernatural hero — Ghost Rider.

Ever since the desire for Mephisto to enter the MCU took over fandom, fans have also wanted Ghost Rider to appear. Marvel Studios has even added more fuel to this fire as well, thanks to cheeky nods in shows like She-Hulk: Attorney at Law. That said, even though fans have ideas of who they’d like to become the classic rider, there’s already a legacy character of his that’s appeared in the MCU and deserves a second chance.

Who Is Robbie Reyes?

In the comics, Robbie Reyes became the Ghost Rider after being possessed by the spirit of his Uncle, Eli Morrow. However, Eli was never a Spirit of Vengeance; he was a violent killer. As a result, Robbie’s life started as an outlier for the Ghost Riders of the past, as his powers came from a soul rather than a spirit. Nevertheless, his capacity for good allowed him to push the negative influence of his uncle aside and use his abilities to do good. He’s also known for his Hell Charger rather than the traditional Hell Cycle, which other riders use.

When brought into live action in Agents of SHIELD, Robbie’s story was about a young man trying to make ends meet to support himself and his brother, similar to the comics. That said, his big change into Ghost Rider didn’t involve the spirit of his uncle. Instead, it was given to him by another Rider believed to be none other than Johnny Blaze. Even though his origin was slightly changed, it worked out well for Robbie, as he could shoulder more responsibilities, handle artifacts like The Darkhold and venture to the Underworld. His story went in a different direction, but his kindness and struggle with his curse were still a large part of his character.

RELATED: The MCU’s New Hulk Could Help Keep The Avengers’ Next Threat in Check

Why Robbie Reyes’ Ghost Rider Should Be in the MCU

Robbie may be the most active Ghost Rider in the comics’ continuity at this point. Even without a solo series, the nature of his abilities has naturally made him unique from the moment his skull ignited. For example, in the series Avengers Forever by Jason Aaron and Aaron Kuder, Robbie chose to travel the Multiverse to collect variants of classic Avengers for an army. However, doing this may have awakened a greater power from within, turning him into the All-Rider. With the Multiverse being the main focus of the MCU’s current saga, this would be the perfect time to introduce a Ghost Rider that’s capable of tackling the hefty stakes that come with it.

Furthermore, Robbie would fit in an era of the MCU where legacy is everything. Considering the character was meant to have a spin-off after his Agents of SHIELD debut, it would be fitting to revisit the hero and see how he’s changed without relying too heavily on the past. This wouldn’t mean past Ghost Riders couldn’t appear, but with legacy being such a hot topic in the MCU, a path could be blazed for Robbie to take the necessary steps to be the MCU’s first official exploration into the Ghost Rider.