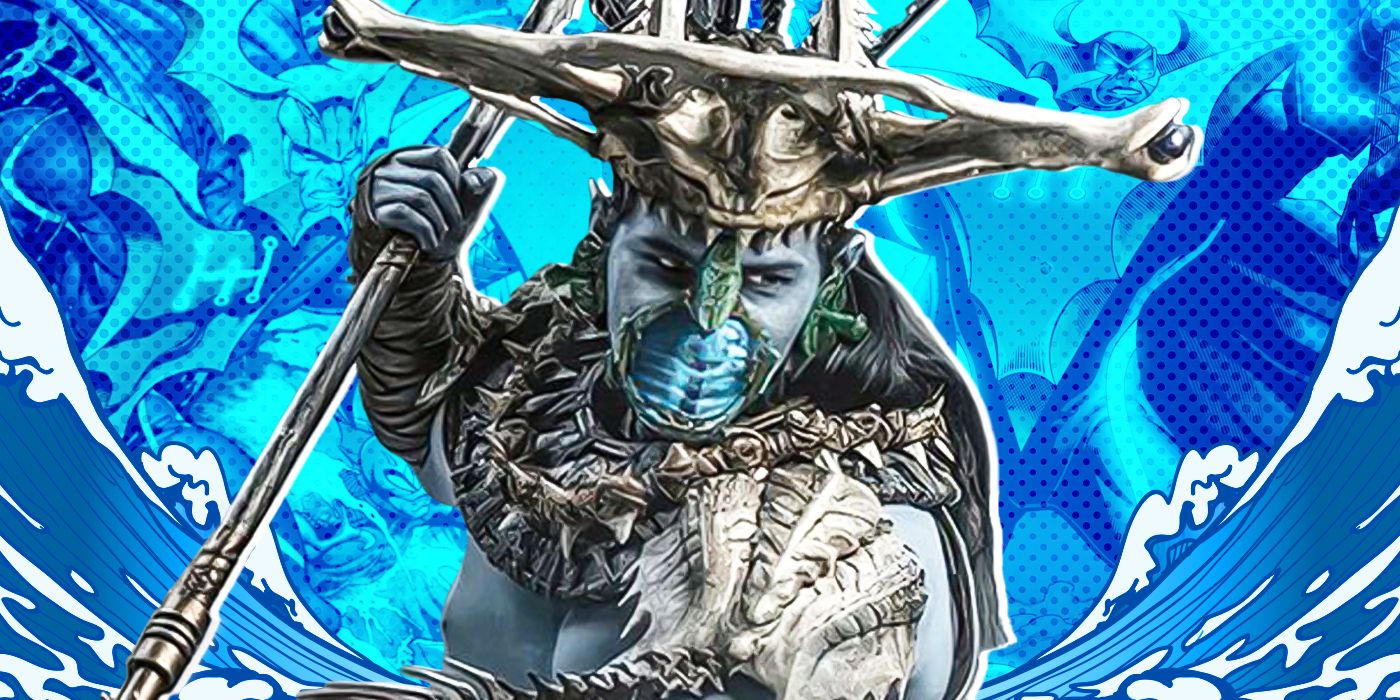 Black Panther: Wakanda Forever marks the entry of one of Marvel’s oldest and most complex characters — Namor the Sub-Mariner (Tenoch Huerta Mejía). The mutant leader of an underwater civilization has a moral alignment consistent with the ocean’s tides, being calm and heroic at one moment and violent and evil the next. His mood and actions are almost always motivated by his staunch duty to protect his the Talokanil (who are referred to as Atlanteans in the comics). Wakanda Forever is expertly able to introduce Namor’s well-intentioned yet misplaced rage to the Marvel Cinematic Universe while also bringing his underwater kingdom to life.

We also get to meet some other members of Namor’s deep-sea empire that serve as his elite commanders. The first is Namora (Mabel Cadena), the Sub-Mariner’s aggressive second-in-command and cousin in the Marvel Comics. Namora was established as being more eager to make the surface-dwellers pay for the crime against the seas, but the second lieutenant of Namor’s army, Attuma (Alex Livinalli), has a long comics history of being even more militant. Though Attuma started off as a loyal follower of King Namor in the Marvel Comics, the two intellectual rivals ended up evolving into bitter enemies.

RELATED: Here’s Everything You Need to Know About Bashenga, The First Black Panther

Who is Attuma in the Comics?

The kingdom of Atlantis in the comics is far from the unified mysterious utopia that Namor created in the MCU. It’s a splintered state that seems to almost constantly be at war with itself, with rival tribes constantly vying for control of the territory below the surface. Attuma was born into one of these tribes, namely the Skarka Tribe — a band of Atlantean barbarians who have always held a deep, bitter resentment for the throne. A rival barbarian took control of the Skarka, and Attuma lived much of his early life as a slave, slowly but surely building a savage reputation before ultimately retaking control of his ancestral tribe with his father, Attukar, restored as chief.

In later years, the Skarka Tribe proposed a treaty with the Kingdom, which is how a teenage Attuma met a young Namor. The two had a rivalry as heirs to their prospective kingdoms, but they still managed to form something resembling a friendship. That was until a botched mission killed Attukar and most of the Skarka tribe, permanently turning Attuma and Namor into enemies. The Skarka Tribe also had a long-standing prophecy that says in the darkest time of their history, a young warrior would rise to lead the tribe and overthrow the Atlantean monarchy. Attuma decided that he was that prophesized warrior, beginning his long dynasty as a fearless, cruel warlord, conquering the ocean’s most uncharted reaches and amassing a powerful army to kill the man responsible for his father’s death – the Sub-Mariner.

Since then, Attuma has more than cemented himself as the arch-nemesis of Namor, going toe to toe with the King of Atlantis more times than one can count. Since comic book characters are well-known to regularly team up with each other, Attuma has also faced off against other heroes in the Marvel Universe such as Spider-Man and even the Avengers. Like Namor, Attuma also occasionally has aspirations to conquer the surface and make himself the ultimate ruler of Earth’s land and seas.

Being a “homo meranus,” Attuma possesses many abilities that other Atlanteans have. Obviously one of those key powers is the ability to breathe underwater. Attuma actually also has the rare gift of being able to fully breathe on land, but he still needs to regularly be near water or risk becoming weaker. When he is near or in water, Attuma possesses attributes vastly superior to that of the average human, including enhanced strength, speed, agility, and more.

Attuma trained himself at a young age to become a skilled combatant, utilizing both hand-to-hand combat and a variety of blades. His signature weapon is a massive three-pronged sword, and he almost always wears powerful armor to protect himself from even the strongest blows.

We don’t learn much about Attuma’s backstory in Black Panther: Wakanda Forever, nor do we discover how exactly he and Namor met or if the Skarka Tribe from the comics even exists in the MCU. The first time we see Attuma, he’s bearing a powerful Vibranium spear instead of his three-pronged sword, and while he’s not wearing his signature armor, he does wear a headpiece made out of the skull of a hammerhead shark in a nice homage to the helmet he wears in the comics.

When the American government discovers a large deposit of Vibranium at the bottom of the Atlantic Ocean, the Talokanil view this as the first act of aggression from the surface world on the ocean kingdom. This causes them to kill every person on board, with Attuma leading the charge by systematically taking out the crew of government officials one by one. The Talokanil discover that the Americans found the Vibranium deposit thanks to the innovations of a scientist who invented a way to detect the formerly undetectable metal. That scientist ends up being a young college student, Riri Williams (Dominique Thorne), and Namor sends Attuma and Namora to execute who they think is a scientist.

Attuma gets very close to plunging his spear into Riri’s back, but he’s stopped by Dora Milaje General Okoye (Danai Gurira), and the two have an epic duel that creates a competitive rivalry between two. Attuma ultimately does best Okoye, telling her she’s not worthy of his spear and even taunts her as the Talokanil lay siege on Wakanda later in the film. Okoye and Attuma meet one more time in the final battle on the ocean, where Okoye chucks her spear into Attuma’s chest, sending him hurling back into the Atlantic.

Will Attuma Return to the MCU?

Attuma may have gotten a spear to the chest, but we saw Attuma takes a lot of punishment throughout the film and falling into the ocean does feel deliberate way to make his demise ambiguous. Given how deep his comic history is with Namor, and with the tease at the end of the film that Namor and the Talokanil will return, it seems pretty likely that Attuma will be back. Perhaps Attuma was still at the bottom of the ocean when he watched Namor bend the knee to Wakanda, stirring in anger and thinking that it’s high time that Talokan had a new ruler to lead it.