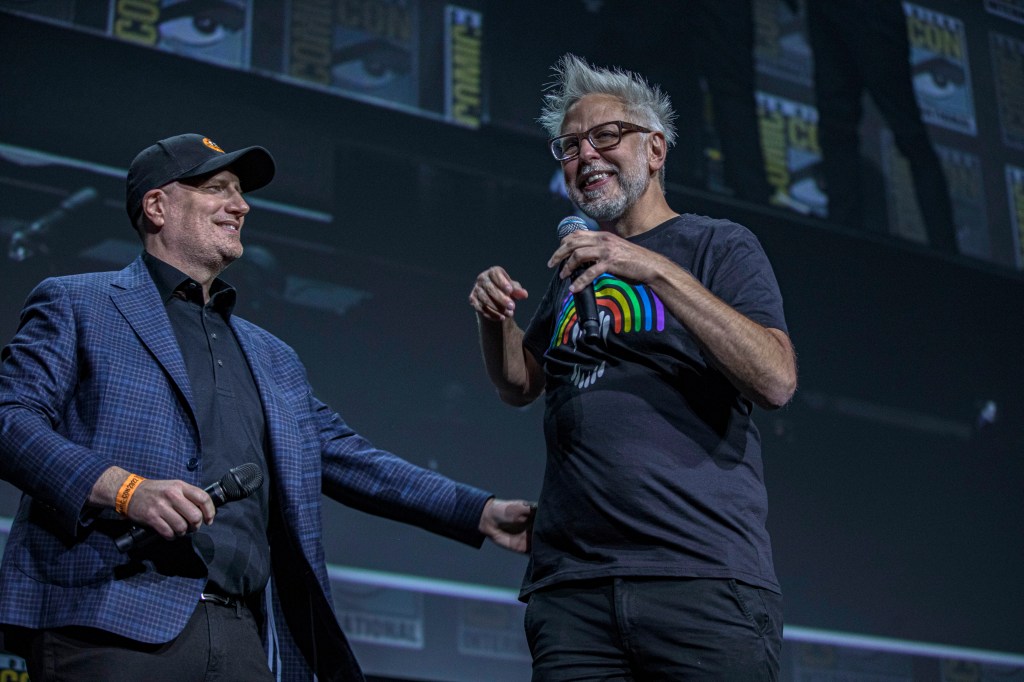 Gunn and DC films producer Peter Safran will share the top roles at DC Studios, it was announced this week, overseeing the overall creative direction of the DC Universe across film, TV and animation under a single banner. They start in the new job November 1.

As a result, a Twitter user whose account has since been deleted posted this query to Gunn yesterday: “So do you hate Kevin Feige now?”

Gunn, who is very active on the platform, reposted the question and replied, “Not only do I love Kevin, he was the 1st person I told after I did the deal with DC (@JohnCena was the 2nd). Contrary to popular belief, a dollar less for Marvel is not a dollar more for DC. DC & Marvel have the common goal of keeping the theater-going experience vibrant & alive!”

While some fans in the bareknuckled comic book Twitter universe might find the collaborative spirit of Gunn’s reply a bit too nice, it has the advantage of sound logic: a rising fan base lifts all boats.

Feige made his own feelings about Gunn’s new job clear earlier this week when asked about the news by Deadline at the Black Panther premiere.

“Well, he has got a lot of work to do for Marvel between now and May, which he’s well aware of,” said Feige, likely referring to the November 25 Guardians of the Galaxy Holiday Special on Disney+, which Gunn wrote and directed and Guardians of the Galaxy, Vol 3, which is also being written and directed Gunn, and will be released on May 5 next year.

“But after that,” added Feige, “I’ll be first in line to see anything he does.”