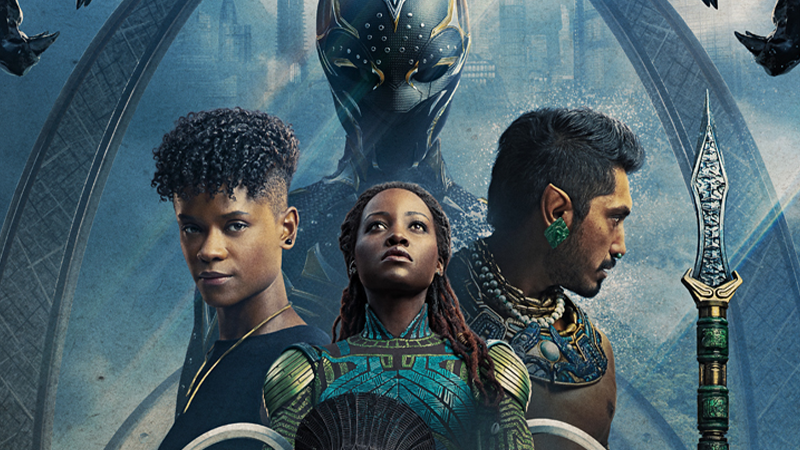 Black Panther: Wakanda Forever has already proven to be a hit, as it’s coming off an impressive opening weekend at the box office. The film serves as a beautiful tribute to both T’Challa, the character, and Chadwick Boseman, the actor, following the actor’s passing in 2020. The film also establishes a new world order for Wakanda and beyond, and these changes will likely have substantial ramifications in the Marvel Cinematic Universe. Plus, the introduction of Riri Williams (Dominique Thorne) continues Phase Four’s pattern of bringing in new heroes and establishing the foundation for a new generation.

For all these reasons and more, Black Panther: Wakanda Forever is a game-changer, both in the immediate sense and in the bigger picture. With that in mind, let’s dive into the most apparent ways the movie could shape the course for the MCU moving forward.

Perhaps the most apparent way Black Panther: Wakanda Forever is a paradigm shift comes in the arrival of a new hero for Wakanda. After T’Challa’s death, the country is left without its renowned protector. Ramonda becomes the Queen Mother, so Wakanda has a ruler, but the lack of its powerful guardian is felt throughout the story. At first, without having access to the heart-shaped herb after Killmonger destroyed it all in the first movie, Wakanda is unable to crown a new Black Panther. Shuri initially tries to construct a synthetic version of the herb, hoping it will save T’Challa’s life, but he passes away before she finds the right formula. Her research continues, but she’s unable to crack the code until the last chunk of the movie.

In doing so, she gives Wakanda the ability to have a Black Panther again and puts that responsibility on her own shoulders to fight Namor. Intentional or not, the lengthy journey of creating the new herb aligns with the grieving process. It wouldn’t have felt right if Shuri managed to make the herb right after T’Challa passed away. Instead, it feels appropriate that it took so long, as this stretch of time allowed Shuri, Wakanda, and even the viewer the necessary amount of time to mourn the fallen hero. By the time she succeeds and dons the Black Panther costume, the time is right, as everyone is reluctantly ready to move into the new era. She honors her brother by carrying the mantle, and following the tragic death of Ramonda, she is also the last remaining original member of her family — though a new one joins the mix in the mid-credits scene.

On that note, the geopolitical politics within the MCU are set to change substantially following Black Panther: Wakanda Forever. Earlier in the film, tensions begin to rise when some nations, including the United States, pressure Wakanda to share their access of Vibranium. This conflict is prominent in the early stages of the movie, as mercenaries try to take some of the metal when they discover it in the Atlantic Ocean. This mission leads to the conflict with Atlantis, as Namor is hellbent on defending his kingdom and the ocean. Ultimately, Namor practically goes to war with Wakanda, and it takes Shuri’s ascension as the new Black Panther to stop him. While this threat is dealt with, others wait on the horizon.

At different points in the movie, the United States, among other countries, are positioned as potential adversaries to Wakanda due to their desire for Vibranium. Valentina Allegra de Fontaine (Julia Louis-Dreyfus), in particular, stands out as a budding enemy waiting in the wings; she arrests Everett K. Ross (Martin Freeman) for exchanging vital intelligence with the Wakandans. At the very least, she makes it clear that she’s not a friend to Wakanda. Moving forward, Fontaine and the looming return of Thaddeus ”Thunderbolt” Ross could lead to an all-out battle between Wakanda — fresh off the beginning of its new regime — and the United States. If so, the MCU could be turned on its head, as this would revisit the question of the Avengers’ political alliances (or lack thereof), which became quite prominent in Captain America: Civil War. Given how much has changed since then, this exploration would lead to some thrilling developments in the future.

Of course, one of the most obvious outcomes in Black Panther: Wakanda Forever is the introduction of Riri Williams (Dominique Thorne). Right off the bat, she is established as one of the smartest people in the MCU, as she creates the design for a Vibranium-detecting machine, giving other world powers the ability to search for what had been a hidden resource. She is ripped from her life at MIT when Namor threatens to kill her and Shuri and Okoye bring her to Wakanda. Of course, Riri fits right in with the technologically advanced society, and she plays an important role in helping Wakanda win the ultimate battle against Namor’s forces.

Fans also get to see Riri’s Ironheart armor, and it’s clear that she’ll be following in Tony Starks’ footsteps while also carving her own path. The juxtaposition of these two journeys promises to be a compelling ride. Her arc as a hero is set to continue in her own Disney+ series, Ironheart. Fans will have to wait a bit for its premiere, but this debut set Riri up to be one of the most remarkable legacy heroes in the MCU.

Black Panther: Wakanda Forever is much more than a tribute to a beloved character and person who was taken far too soon, though this mission is at the heart of the movie. Beyond that, the film deals with the forcibly changed status quo for Wakanda and takes the country on a ride that veers on the verge of catastrophe. In the end, led by Shuri, everyone comes out on the other side after narrowly avoiding destruction. Now, with a new leader in place and a new protector watching over them, the people of Wakanda can fully move on as they continue to honor T’Challa’s legacy.

As for the bigger picture, Shuri and Riri will likely be major players in the future, and the prospect of escalated tensions between the United States and Wakanda has the potential to send shockwaves through the MCU.