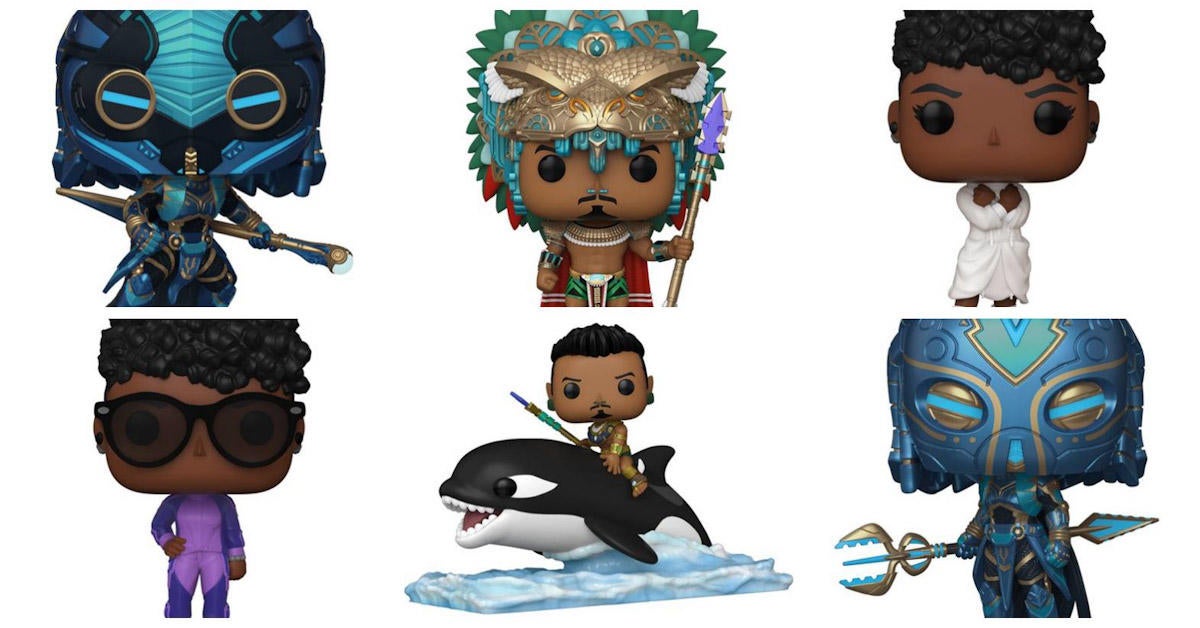 Each product has been independently selected by our editorial team. We may receive commissions from some links to products on this page. Promotions are subject to availability and retailer terms.

Black Panther has another huge MCU film on the horizon with Wakanda Forever, and the first wave of Pop figures based on the upcoming film launched during SDCC back in July. They followed that up with our best look yet at the new Black Panther costume outside of the brief glimpse in the recent trailer. With the film only weeks away at this point, Funko and Marvel have delivered a large second wave that includes Pop figures, a Pop Ride, and keychains. A full breakdown of the wave is available below. Exclusives are highlighted.

As for previously released Funko Pops in the Wakanda Forever lineup. we’ll start with the new Black Panther, which is available to pre-order here on Amazon and here at Entertainment Earth now. Of course, the question is – who is under the new Black Panther mask? The markings on the head of this awesome-looking suit line-up with the markings Shuri (Letitia Wright) donned in the original film, so it seems likely that she will pick up where her brother T’Challa left off. The move would also follow a precedent set by the comics. Shuri became the Black Panther in a 2005 series from Reginald Hudlin and Johnb Romita Jr. aftger T’Challa was wounded in battle.

Looking ahead to Black Panther: Wakanda Forever, Letitia Wright’s Shuri is in the driver seat this time around, and she recently spoke with Variety about how the film honors Boseman:

“It’s an incredible honor for Chadwick Boseman,” she said. “It’s jam packed with exciting stuff. November, it couldn’t come sooner so I’m excited for you guys to see it.”

Wright continued, “We honored him by committing ourselves to the story that he started, the legacy he started with this franchise, and We committed every day to working hard, no matter what circumstances we faced. And we faced a lot of circumstances. A lot of difficult situations, but we came together as a team. We poured everything into this movie.”

“In Marvel Studios’ “Black Panther: Wakanda Forever,” Queen Ramonda (Angela Bassett), Shuri (Letitia Wright), M’Baku (Winston Duke), Okoye (Danai Gurira) and the Dora Milaje (including Florence Kasumba), fight to protect their nation from intervening world powers in the wake of King T’Challa’s death. As the Wakandans strive to embrace their next chapter, the heroes must band together with the help of War Dog Nakia (Lupita Nyong’o) and Everett Ross (Martin Freeman) and forge a new path for the kingdom of Wakanda. Introducing Tenoch Huerta as Namor, king of a hidden undersea nation, the film also stars Dominique Thorne, Michaela Coel, Mabel Cadena and Alex Livanalli.”

On a related note, Wolverine finally joined Funko’s Comic Cover Pop series recently and it was followed by the Black Panther Comic Cover Funko Pop that’s based on the cover of the issue #7, which was released in January of 1978. As with all of the Comic Cover Funko Pops, the Black Panther edition comes packaged in a hard protector case that includes pre-drilled holes for hanging on the wall. Pre-orders are live here at Entertainment Earth now and here on Amazon.