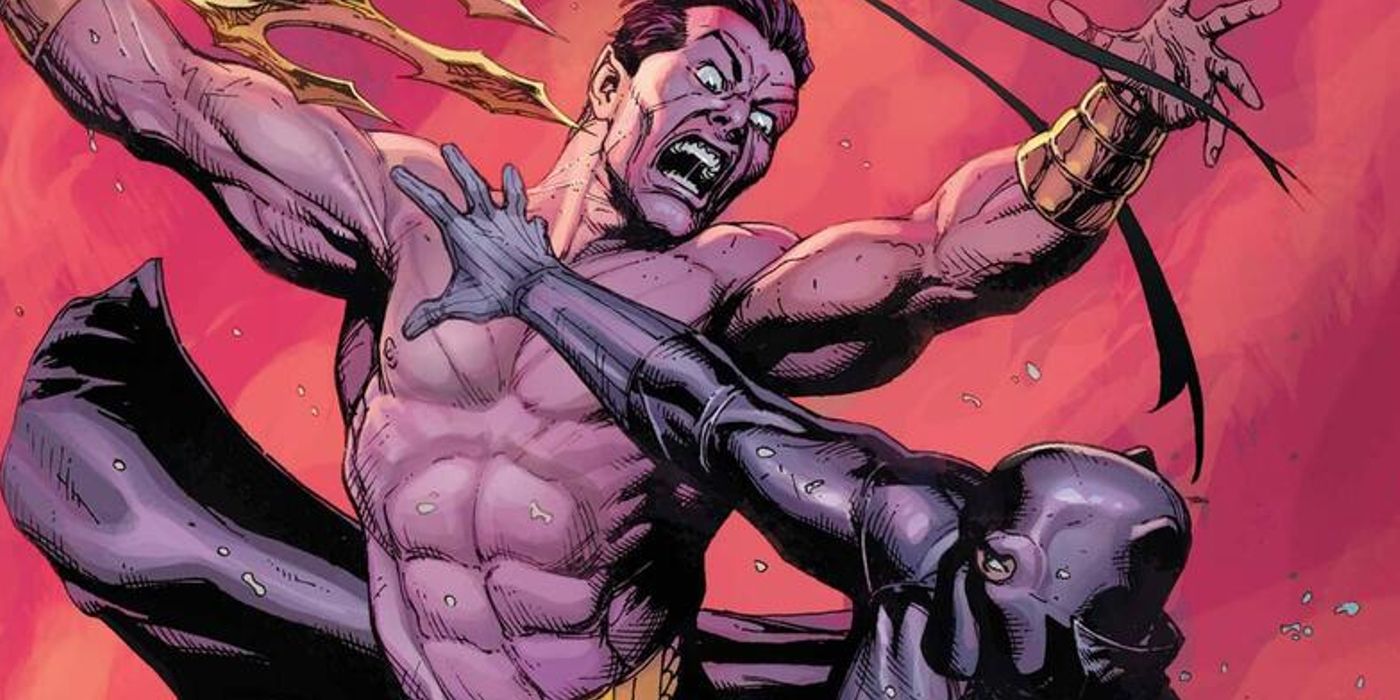 This article contains spoilers for Avengers #61.Marvel Comics has revealed an ancient connection between Atlantis and Wakanda. The nations of Wakanda and Atlantis are numbered among Marvel’s most ancient civilizations, kingdoms that have hidden themselves from the rest of the world for millennia and have only revealed their true nature to the rest of the planet in recent decades. The modern history between these two nations has been a difficult one, however, breaking into outright war in the aftermath of 2012’s Avengers Vs. X-Men event.

The conflict was triggered by Namor the Sub-Mariner, ruler of Atlantis. Namor was one of several mutants bestowed with the power of the Phoenix Force, with the so-called “Phoenix Five” attempting to establish a world where mutants ruled. The Avengers naturally rejected this, and Wakanda became a sanctuary for them; unfortunately that led Namor, his worst impulses exaggerated by the influence of the Phoenix Force, to launch a devastating attack. This was the beginning of a war that brought both nations to their knees, one tragically fought at a time when Earth’s heroes needed to work together because of an impending multiversal disaster. Black Panther and Namor fought as entire universes died, with their final battle taking place shortly before 2015’s Secret Wars event.

Related: Marvel Calls Out The Avengers’ Endgame Plan As Their Biggest Weakness

Avengers #61, by Jason Aaron and Ivan Fiorelli, reveals a forgotten ancient connection between Wakanda and Atlantis, however. The current Avengers comics are revealing ancient heroes of the past, Avengers teams who have never been seen before; but one will be a little familiar to readers, referenced once before in Jason Aaron, Rafa Garres, and Russell Dauterman’s The Mighty Thor #7. It gives a little more information on the Avengers of 1047 C.E., revealing they include Nehanda, the Renegade Panther, and her lover – the outlaw Atlantean Iron Fist.

Avengers #61 doesn’t reveal much about Nehanda and her lover, who doesn’t even get a single line of dialogue. Still, it is interesting to note one is called a “renegade” and the other an “outlaw,” perhaps because of the love they shared. This implies that the relationship between Wakanda and Atlantis was already a tense one, even at this early a stage. Both Wakanda and Atlantis were reclusive nations, avoiding contact with the rest of the world, and yet these two heroes are operating as part of a proto-Avengers team. The Atlantean is even an ancient Iron Fist, meaning she must have trained at K’un Lun.

Interestingly, Marvel has already established links between Wakanda and Iron Fist’s legendary Seven Capital Cities of Heaven. K’un Lun is one of seven, and another – Z’Gambo – apparently manifests in Wakanda. This may explain how an Atlantean Iron Fist and a Black Panther came into contact in the 11th century. Hopefully Marvel will realize that this story is far too intriguing to leave as a throwaway reference, and it won’t be long before a miniseries reveals the truth about Nehanda and her lover.

Next: Wasp Cover Art Showcases the Best Costumes of an Avengers Icon