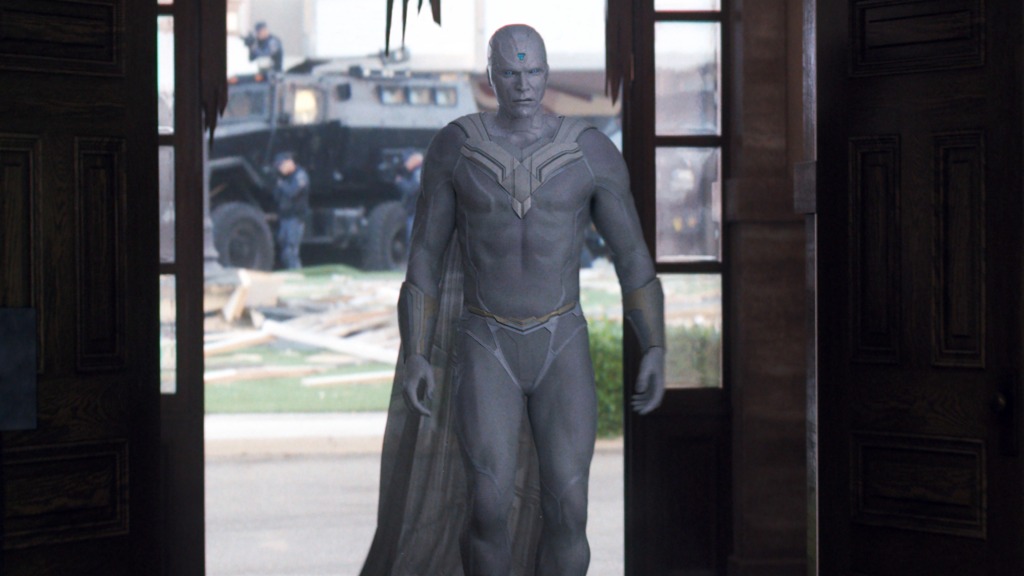 A second WandaVision spinoff series focusing on Paul Bettany’s Vision is in the works at Marvel Studios for Disney+, sources tell Deadline.

Titled Vision Quest, the potential series, which is opening a writers room next week, will be about The Vision (Bettany) trying to regain his memory and humanity, I hear. While the focus is on Vision, word is there is a possibility for Wanda Maximoff (Elizabeth Olsen) to appear, which would make sense given how interconnected the two characters’ stories are in the MCU.

Like with the other WandaVision spinoff, the greenlighted series Agatha: House of Harkness headlined by Kathryn Hahn, Vision Quest is overseen by WandaVision creator, writer and executive producer Jac Schaeffer, I hear. Reps for Marvel Studios and Bettany declined comment.

The new spinoff is being unofficially referred to by some as the White Vision project after the most recent on-screen version of the character. Introduced at the end of Episode 8 of WandaVision, White Vision was created by S.W.O.R.D. by rebuilding and reactivating Vision’s body and sent on a mission to destroy Wanda and her “Conditional” Vision.

The two Visions had an epic showdown in the final ninth episode of WandaVision. “Conditional” Vision scanned the memories of White Vision, which jog through all of regular Vision’s moments in the MCU up to Thanos destroying him. In a moment of clarity, White Vision declared, “I Am Vision,” swooped up to the sky and disappeared, setting up the potential spinoff.

Bettany has been cagey about reprising his role after WandaVision, a critical and commercial hit that landed 23 Emmy nominations, including noms for Bettany and Olsen.

“It was a beautiful culmination for all these things Lizzie and I have done together,” he said during a Deadline Contenders TV: The Nominees 2021 panel. “We really found a lane for ourselves, and this was different in tone from those movies. But you never know with Marvel, whether you’re done, or not. So I don’t want to call it the end yet. This was one of the most creative experiences of my life, joyful and free, making this show. To see it embraced by an audience the way it was, was so wonderful.”

Bettany recently joined Tom Hanks and Robin Wright in Miramax’s Here, with Robert Zemeckis directing and Eric Roth adapting the script. He next stars in the Miramax dramedy Harvest Moon, which he also produced and co-wrote the script for with Dana Brown. Bettany will also soon star in The Collaboration on Broadway and is currently filming a film adaptation of the play.