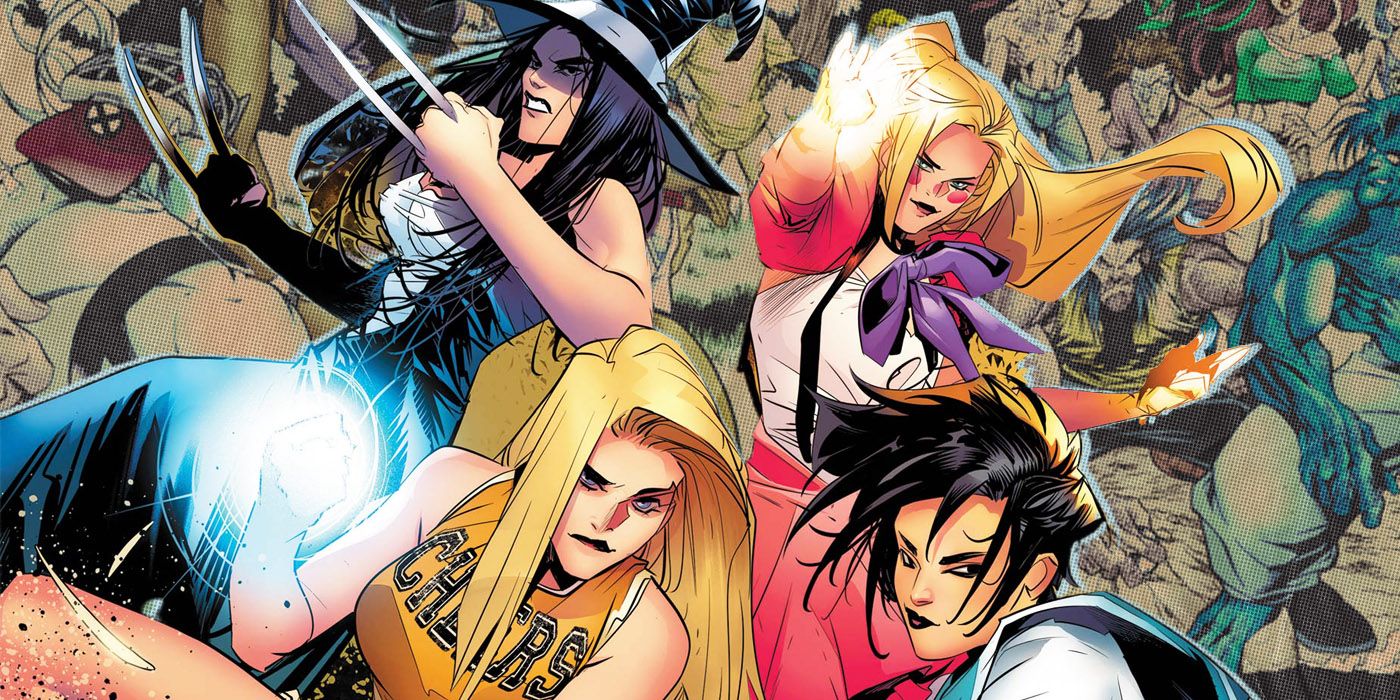 The X-Terminators quietly brings back a classic element of X-Men stories while indulging in a bit of light-hearted fun on Krakoa.

The following article contains spoilers for X-Terminators #4, on sale now from Marvel Comics.

Over the years, the X-Men have had to deal with plenty of nigh-unstoppable threats from wiping them and the rest of the world’s mutants out. This has given them plenty of experience using their powers in all sorts of creative and unexpected ways. Sometimes though, they can even be a source of fun instead of being used in combat.

X-Terminators #4 (by Leah Williams, Carlos Gómez, Bryan Valenza, and VC’s Travis Lanham) brings back the classic mutant past-time of playing baseball, which has been a reoccurring element of X-Men stories for years. It’s a fun beat, and the sort of joyful experience that the mutants should have been indulging in throughout the Krakoa era.

RELATED: X-Men: An Underrated Mutant Just Found an Explosive New Way to Use Her Powers

How X-Terminators Brings Back Mutant Baseball

X-Terminators has largley focused on the unexpectedly dramatic adventures of Dazzler, Jubilee, Boom-Boom, and Wolverine as they contend with the former’s latest ex-boyfriend. After being trapped in the Collector’s menagerie, the four heroes are able to figure out a way to rescue themselves and the numerous other women held in captivity by Al’Hex — ultimately finding a way to teleport themselves off the villain’s ship and back to Earth. The portal is even able to drop them right into the heart of Krakoa — but instead of interrupting a major event with socio-political ramifications, they just drop into the middle of a baseball game.

It turns out that Krakoa has been indulging games of pickup baseball in the West Pastures. It’s become a seemingly consistent enough past-time on Krakoa that various teams of mutants have been playing each other and even gotten their own uniforms. The game interrupted in question is revealed to be between the Knights of X and the New Mutants — with the younger generation proving capable of holding their own against a team that counts Captain Britain, Prodigy, Gambit, Bei, and Storm among their number. All the while, Emma Frost, the Cuckoos, and Cypher watch on — with the former incredibly bored by the event while the latter cheers on his wife’s contributions to the game.

The X-Men playing baseball is not a new concept, and actually has its roots in Chris Claremont’s iconic and influential run on the title. The team first spent some time playing the sport in X-Men #110 (by Claremont, Tony DeZuniga, Andy Yanchus, Dave Cockrum, and Annette Kawecki). Since then, the team has been seen multiple times over the years playing the game as a means of relaxing. This past-time has even appeared in other media, such as in the animated series X-Men Evolution. It’s an endlessly fun concept, especially when the players give up on not using their powers and get to use their amazing abilities for fun instead of self-defense. It was even the subject of an art piece released by Thomas Kinkade Studios earlier this year, with Polygon breaking down all the easter eggs hidden in the piece.

They aren’t even the only superheroes who’ve enjoyed the fun of baseball, with the Avengers and West Coast Avengers formerly having regular games between their rosters. The Krakoa Era has been a heavily dramatic period for the X-Men, with the realities of nation-building serving as the overarching story-arc for multiple crossovers and storylines. But concepts like mutant baseball speak to the fun side of the X-Men’s orbit, a group of radically different people all brought together for a little bit of fun. The appearance of a new game of pick-up baseball at the heart of X-Terminators suggests that even as the dangers of Sins of Sinister and Fall of X seek to unseat the X-Men from their current place in the Marvel Universe, there’s still room for fun on Krakoa.