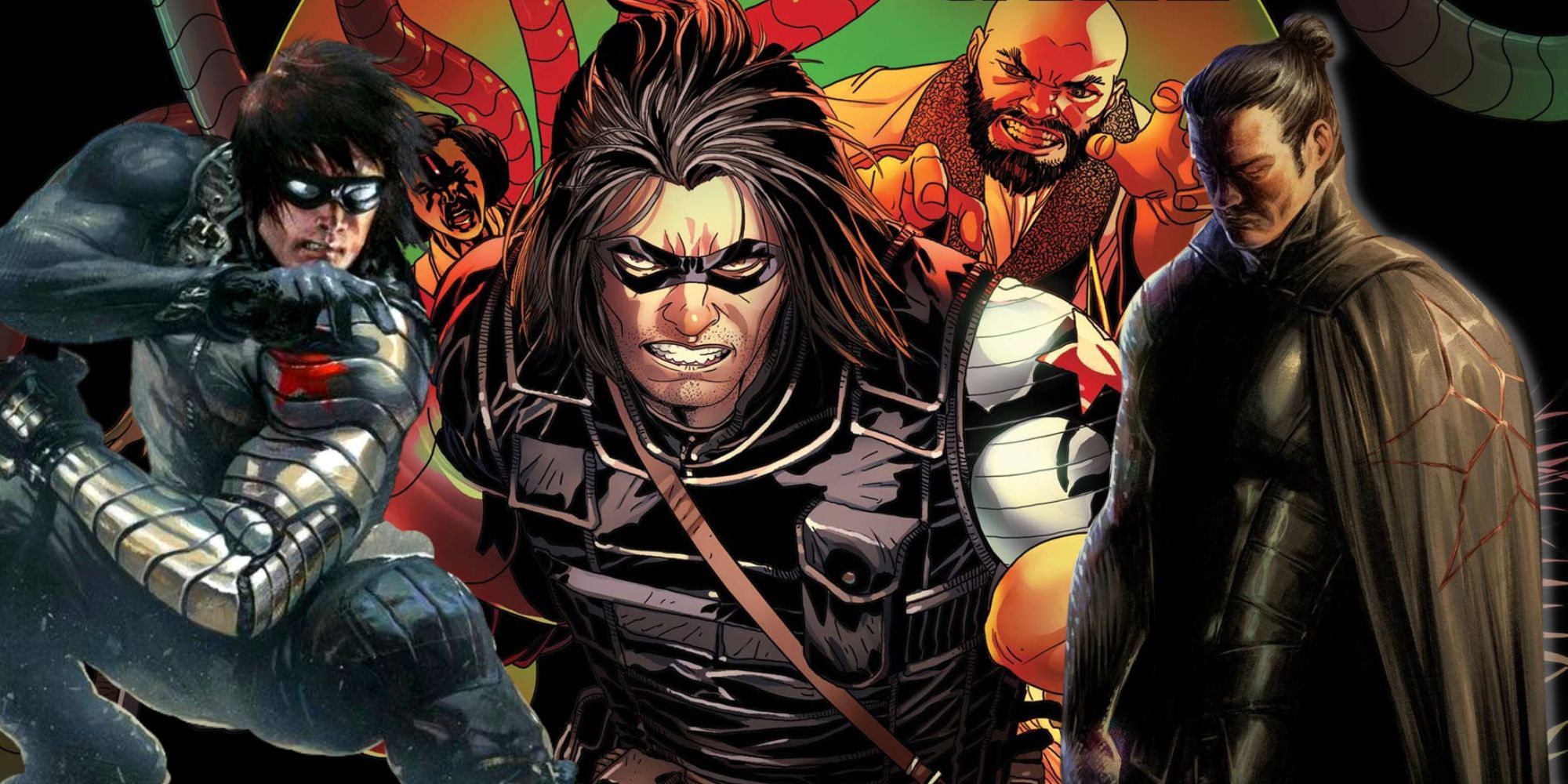 The Winter Soldier has recently attained a seat at the table of the Outer Circle as the new Revolution. Now, in this week’s Captain America and The Winter Soldier Special #1 (by Jackson Lanzing, Collin Kelly, Kev Walker, JP Mayer, KJ Diaz, and VC’s Joe Caramagna), the origin of the Outer Circle is revealed, as Bucky gets details on its members and their roles as masters of the Century Game. Bucky’s attempt to destroy the organization from within failed with an assassination attempt gone bad, and now he must play the game, but it may be more than he bargained for.

As the Winter Soldier and a Starpoint assassin of the Outer Circle, Bucky committed atrocities against his will, but as the Revolution he is in full control of his choices. Committed to taking down the people responsible for using him as a weapon, Bucky is determined to end the Outer Circle organization at any cost. However, this may lead to the largest conflict he and Steve Rogers have ever had, and one the rest of the Marvel Universe may not understand.

In the wake of WWI, the clandestine group called the Outer Circle was formed by the power-hungry, Fortunov. Together with three other players – Etien Argent (the world’s first multi-billionaire), Ika Agboje (former head of Wakanda Engineering), and Ana (the most influential underground artist in Europe), Fortunov set out to control history through the implementation of their assassins called Starpoints in the Century Game. However, the group needed a fifth player to represent the everyday, working-class person that would be subjugated by the Outer Circle’s manipulation – a way to even out the playing field. Thus, Fortunov recruited a man named Mr. Princip as the Revolution.

After realizing that as the Winter Soldier he was one of the Outer Circle’s Starpoints, Bucky attempts to destroy the organization. However, his attempt fails, and instead he becomes the new Revolution and takes a seat at the table with the other members of the Outer Circle as they resume the Century Game. This move has already cost Bucky greatly. In taking the title he had to kill the previous Revolution, which resulted in the biggest fight yet between him and his best friend, Captain America. After realizing that the group was anticipating his motivation for joining them, Bucky’s failed attempt at brute force pushed him further away from his heroic status.

RELATED: Steve Rogers’ Son Could Become the Next Captain America – Here’s How

Winter Soldier Could Become the Outer Circle’s Most Powerful Player

Going into WWII, James Barnes was already a hero in the eyes of many, but foremost to his best friend. What happened to him during the war and becoming the Winter Soldier was something that Bucky fought to recover from. The PTSD resulting from his transformation from hero to villain was something he was only able to overcome with the help of Steve and his allies. But he made one of the greatest comebacks in comic book history when he turned the identity of the Winter Soldier from one of the most feared assassins into a hero. He eventually became the Captain America in Steve Rogers’ absence, ultimately leading the Avengers to some of their greatest victories during Norman Osborn’s “Dark Reign”, and during the siege of Asgard.

But the place that Bucky now finds himself is uncharted territory for the hero. He is in complete control, and yet he is having to make what seem to be questionable choices on the surface in order to serve what he sees is the greater good. He believes that joining the Outer Circle is the only way to take them down. And by becoming the Revolution, Bucky is now one of the most powerful people on the planet. This could certainly give him the means to destroy the group and end the manipulation of the Century Game once and for all, but the cost could sever his relationship with Rogers in a way that neither can come back from. However, knowing what Bucky has overcome to get to this point, and how tenacious and dedicated of a soldier he is, it’s more likely that the members of the Outer Circle are about to be played in a game none of them know the rules to.