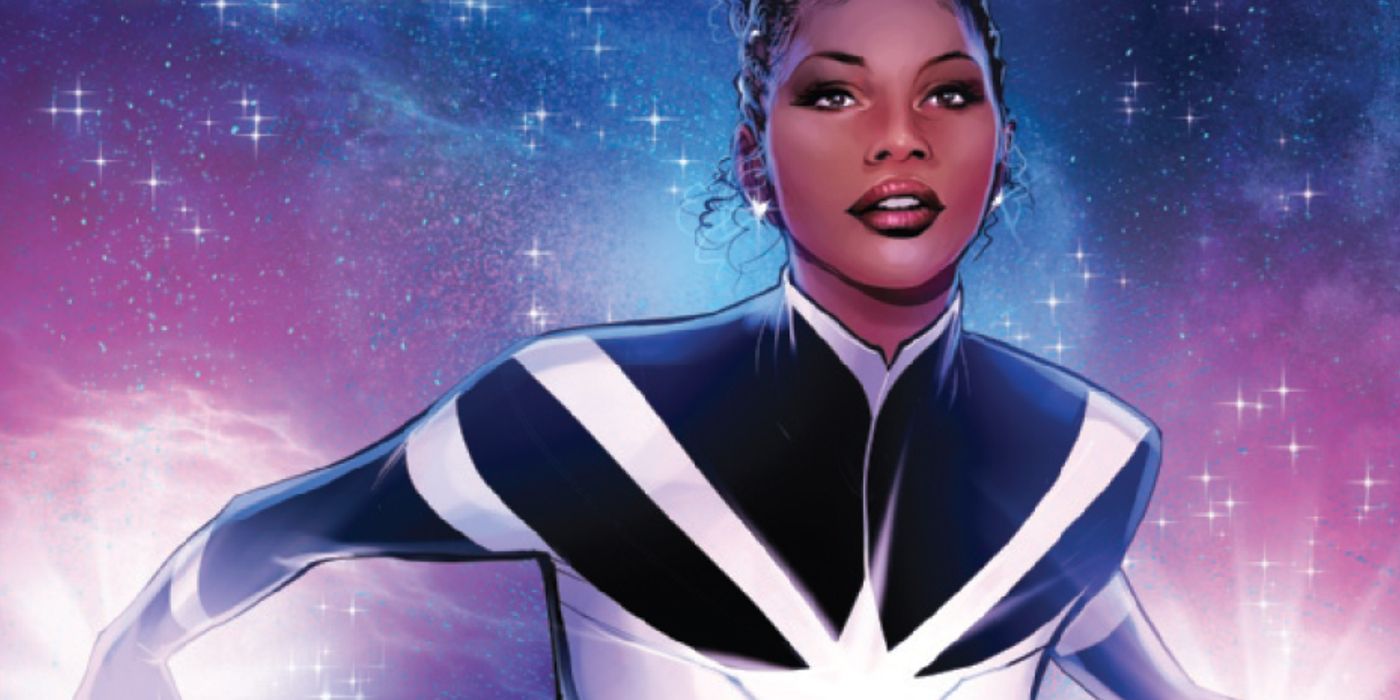 Monica Rambeau: Photon #1 spotlights an up and coming MCU hero, and introduces her to her new comic book nemesis.

For over forty years, Monica Rambeau has been a bright and shining beacon of hope for the Marvel Universe. Whether as Captain Marvel or any other name, Monica has never faltered in her heroism, and while those pursuits have seen her encounter plenty of menacing foes, she has never really had a nemesis to call her own. At least, that was the case until recently, when one of the most unlikely figures decided to step out of the shadows as a new kind of villain. Unfortunately, there isn’t any telling why that is just yet, but every sign so far certainly points toward only bad things to come.

During what should be an ordinary day for the titular hero of Monica Rambeau: Photon #1 (by Eve L. Ewing, Luca Maresca, Ivan Fiorelli, Carlos Lopez, and VC’s Clayton Cowles), the sudden appearance of a towering, twisting villain shatters any illusion of normalcy. Thankfully, Monica isn’t alone in her fight against this powerful new enemy, although Spider-Man isn’t nearly as enthused about bringing the villain to justice once he sees who is beneath the mask. As it turns out, Monica’s new nemesis just so happens to be someone Spider-Man knows all too well, and he is certain that Doctor Yesenia Rosario’s intentions were only for the best no matter how they might have seemed.

When Dr. Rosario was first introduced in 2019’s Marvel Team-Up #1 (by Eve Ewing and Joey Vazquez), her developments regarding transferring human consciousnesses had become a prize coveted by Miles Warren, better known as the Jackal. At the time, it fell on Kamala Khan and Peter Parker to stop the villain without donning their superhero alter-egos. Considering her accomplishments, it is no surprise that Dr. Rosario has developed superpowers of her own, though the fact that she has put them to use harassing Monica most certainly is.

As someone who Peter has gladly put his full faith in on more than one occasion, it is hard to imagine that she would be up to anything genuinely evil. No matter how bad the situation might look on the surface, her intentions have only ever been among the best. This makes her claims that Monica is destined to destroy the universe all the more concerning, especially when stacked up against Dr. Rosario’s incredible scientific mind.

RELATED: The X-Men’s Most Horrifying Enemies Have Become Even More Terrifying

Is Monica Rambeau Destined to Destroy the Marvel Universe?

If Dr. Rosario has indeed come to discover something dire that Monica is unwittingly involved in, then the only question left to be asked is why she took matters into her own hands instead of calling for help in any form. She may not be particularly close with any heroes, but Yesenia still has ties to plenty of people who are. Then again, that would mean having to convince them that one of the world’s greatest heroes is now posing a threat to it with little if any proof.

Hopefully, whatever this impending threat is will be laid to rest soon enough, or at least unveiled in a way that makes it possible to deal with, in the first place. Even if Monica really is on track to destroy the universe, the fact that there are no signs as to how or why makes it all but impossible to gauge how legitimate that accusation might be. It also makes it all the less likely that anyone will be taking Dr. Rosario seriously, which could be just as dangerous in itself.