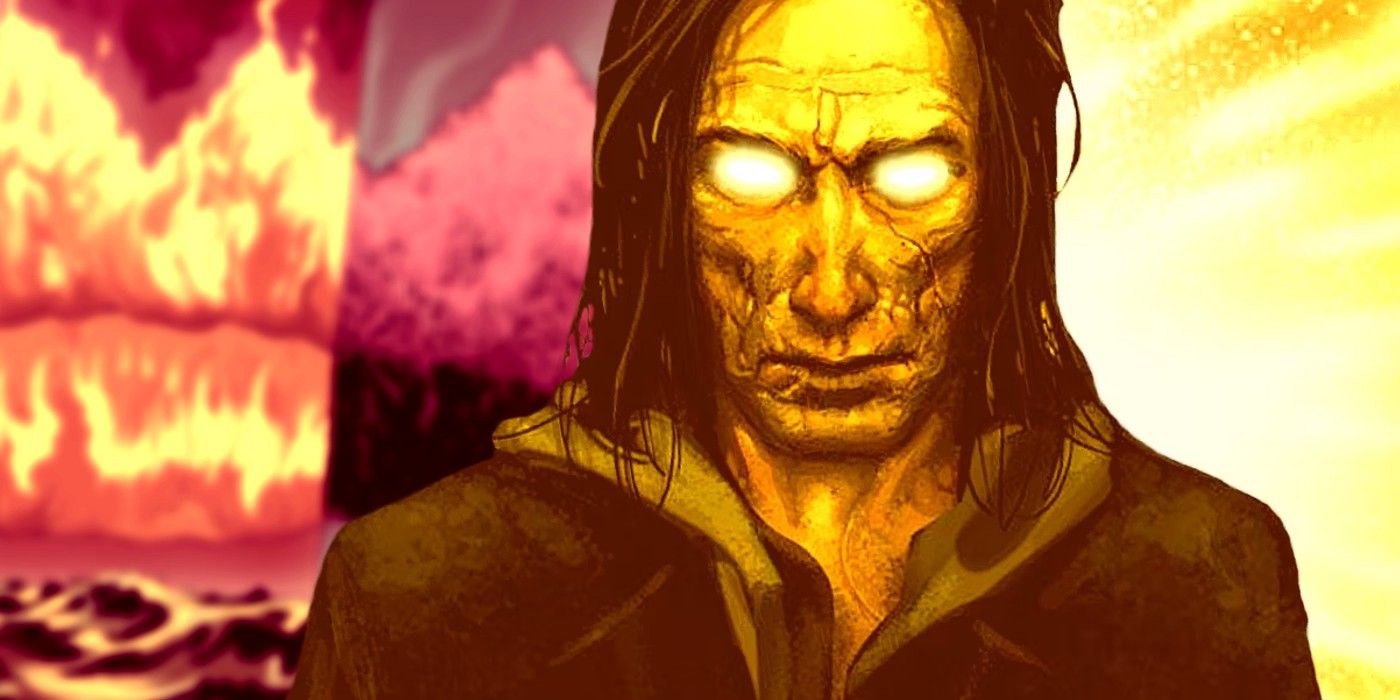 Warning: SPOILERS for Defenders: Beyond #5The ultimate enemy of the Marvel Multiverse itself is finally revealed as The Enigma, a mysterious force that stands above all creation, and is coming to end reality. The journey of the Defenders has brought the team to confront God himself, and the One Above All has given them a glimpse of the enemy of Eternity, the personification of the Multiverse that The Enigma is threatening to destroy.

Defenders: Beyond is the sequel to Al Ewing and Javier Rodrìguez acclaimed Defenders. In both series, a team of heroes is put together by irresistible, mystical forces to protect Eternity and the Multiverse itself. While in Defenders the heroes had a clear enemy, a mad scientist traveling backward through time called Carlo Zota, in Defenders: Beyond the team’s mission was to find out the identity of a new threat to Eternity. After journeying through every previous iteration of the Multiverse, the Defenders arrive at the last possible stop: the House of Ideas, the place of ultimate creation and the residence of Marvel’s supposed “God”, the One Above All, who holds the answers they seek.

In Defenders: Beyond #5, by Al Ewing and Javier Rodrìguez, the One Above All tests the Defenders with a mock battle, before consenting to answer their questions. Adam Brashear, aka Blue Marvel, the de facto leader of the team, asks that they accomplish their mission, to see the face of Eternity’s enemy. The One Above All then gives the Defenders a mere glimpse of something that their minds cannot fully grasp. In Blue Marvel’s words: “Something vast, coming for our reality. A crown above all things.” The visual painted by Rodrìguez is stunning as usual, and it depicts a colossal crown hovering over several worlds, taking a different aspect in each reality.

The Enigma Is The New Ultimate Enemy Of The Marvel Multiverse

The One Above All calls this mysterious entity The Enigma, and no other name could have been more appropriate. The Defenders still have to decode the cosmic symbolism behind their vision, but judging from Loki’s cryptic suggestion, the answer lies in the magical tarot deck used to perform the spell that brought the Defenders together. In the first issue of the series, when the Defenders were summoned by the spell left behind by Dr. Strange, the card of the Ten of Crowns represented Tigra, so The Enigma could be connected to this character. Tigra did not have a prominent role in Defenders: Beyond and her presence in the team felt a bit odd, meaning that perhaps Ewing has more things in store for her.

A glimpse of The Enigma was first seen by Loki after he survived the destruction of the Seven Cosmos, and before he landed in Taaia’s Sixth Cosmos (in Thor #24). The God of Stories describes this new enemy as a menace from beyond the threshold of time, beyond the Multiverse itself, and this is why the Defenders had to travel all the way to the House of Ideas to find a clue about its identity. Now that the Defenders‘ mission is completed, the only thing that Marvel fans can do is to keep waiting until the true identity and purpose of this new threat to the Multiverse, The Enigma, are finally revealed.

Next: The Marvel Universe’s Newest Defender Is Galactus’ Mom

Defenders: Beyond #5 is available now from Marvel Comics.