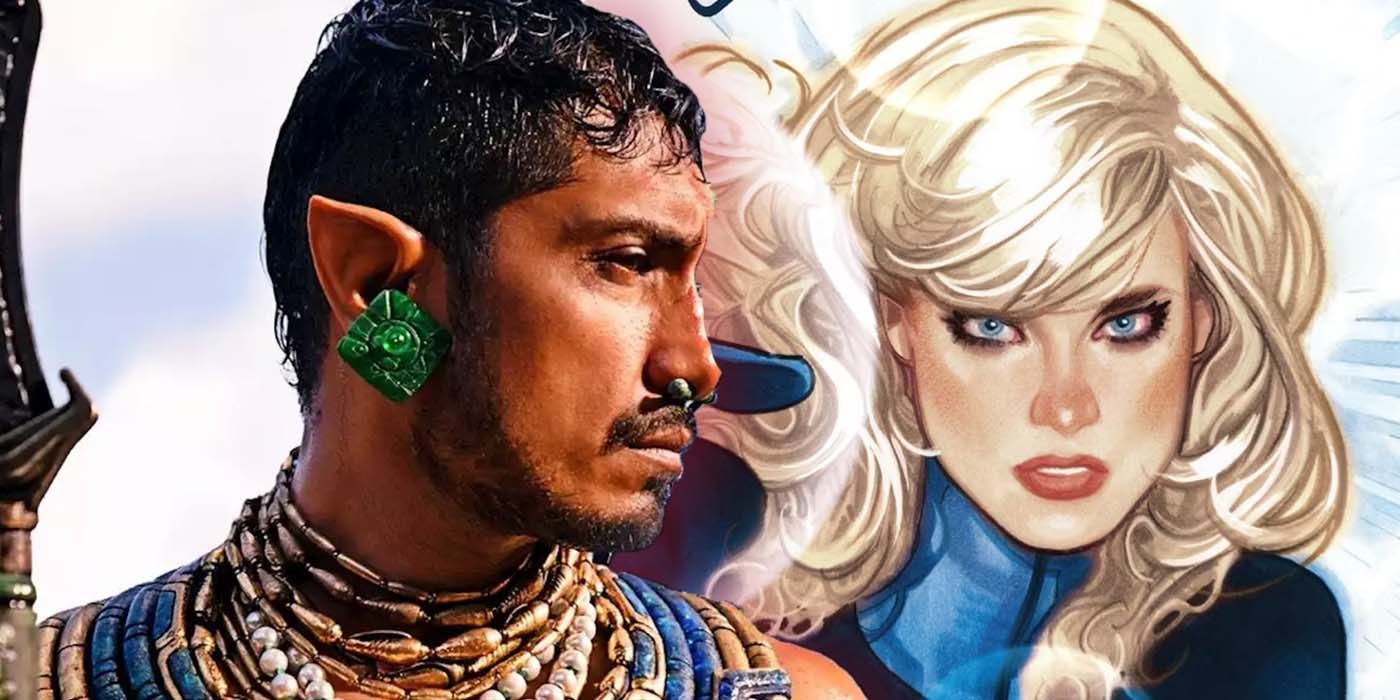 Spoilers for Namor the Sub-Mariner: Conquered Shores #2 by Marvel Comics

In a future timeline where the world’s surface has been wiped out, Sue Storm just admitted the real reason she loves Namor the Sub-Mariner. In a flashback in Namor the Sub-Mariner: Conquered Shores #2 by Marvel Comics, The Invisible Woman reveals she’s so fond of the ruler of Atlantis because he’s not Reed Richards – words that hurt the ocean-based hero.

While Namor the Sub-Mariner and Sue Storm have been in a relationship – and even married – in different timelines across the Marvel Multiverse, the Invisible Woman has often rejected the Atlantean antihero and his desire for her love and affection in the main Earth-616 universe. While Sue Storm has admitted to being attracted to Namor and has palpable romantic tension around him, she has almost exclusively stuck with Reed Richards, as she’s built a family with The Fantastic Four hero. However, in a future Marvel timeline, Sue Storm reveals the sad truth about why she is fond of Namor, giving an answer that breaks his heart.

In Namor: Conquered Shores #2 by Christopher Cantwell, Pasqual Ferry, Matt Hollingsworth, and VC’s Joe Caramagna from Marvel Comics, Namor the Sub-Mariner arrives at the Baxter Building, which has been destroyed mainly due to the flood that wiped out most of the surface world. While looking for helpful technology, Namor finds a picture of The Fantastic Four and recounts his last meeting with Sue Storm. In the flashback, Namor scoffs at Sue calling him a hero “like Reed,” as she admits that’s the major reason why she’s fond of him. The conversation ends with Namor asking to kiss her goodbye, with Sue declining, despite saying it’s what she wants too.

Namor Loves Sue Storm, But The Love Was Rarely Reciprocated

Despite Sue Storm admitting she wanted to kiss Namor before leaving on her last mission and sharing she was fond of him because he wasn’t Reed Richards, the antihero’s desire to be with The Fantastic Four hero has rarely been reciprocated. He’s gone to great lengths to be with Sue and clearly loves her, but for her, it’s more about physical attraction than emotional attraction. Reed is cold and isn’t the most romantic hero. Meanwhile, Namor worships her – despite his flaws. So, Sue telling Namor that she wants him because he’s not Reed had to feel heartbreaking for the mighty ruler of Atlantis.

Considering Namor’s last encounter with Sue Storm in the future timeline, where the surface world has been washed away, featured her telling him that she wanted him because he’s “not Reed,” the antihero’s infatuation with the Invisible Woman just became even sadder. Namor desperately wants Sue Storm, and while she admits to wanting to kiss him, she has made it clear once again that she wants Reed Richards, not him. Namor: Conquered Shores #2 by Marvel Comics is in comic book stores now.

Next: Black Panther 2: 10 Biggest Differences Between Namor In The MCU & Comics