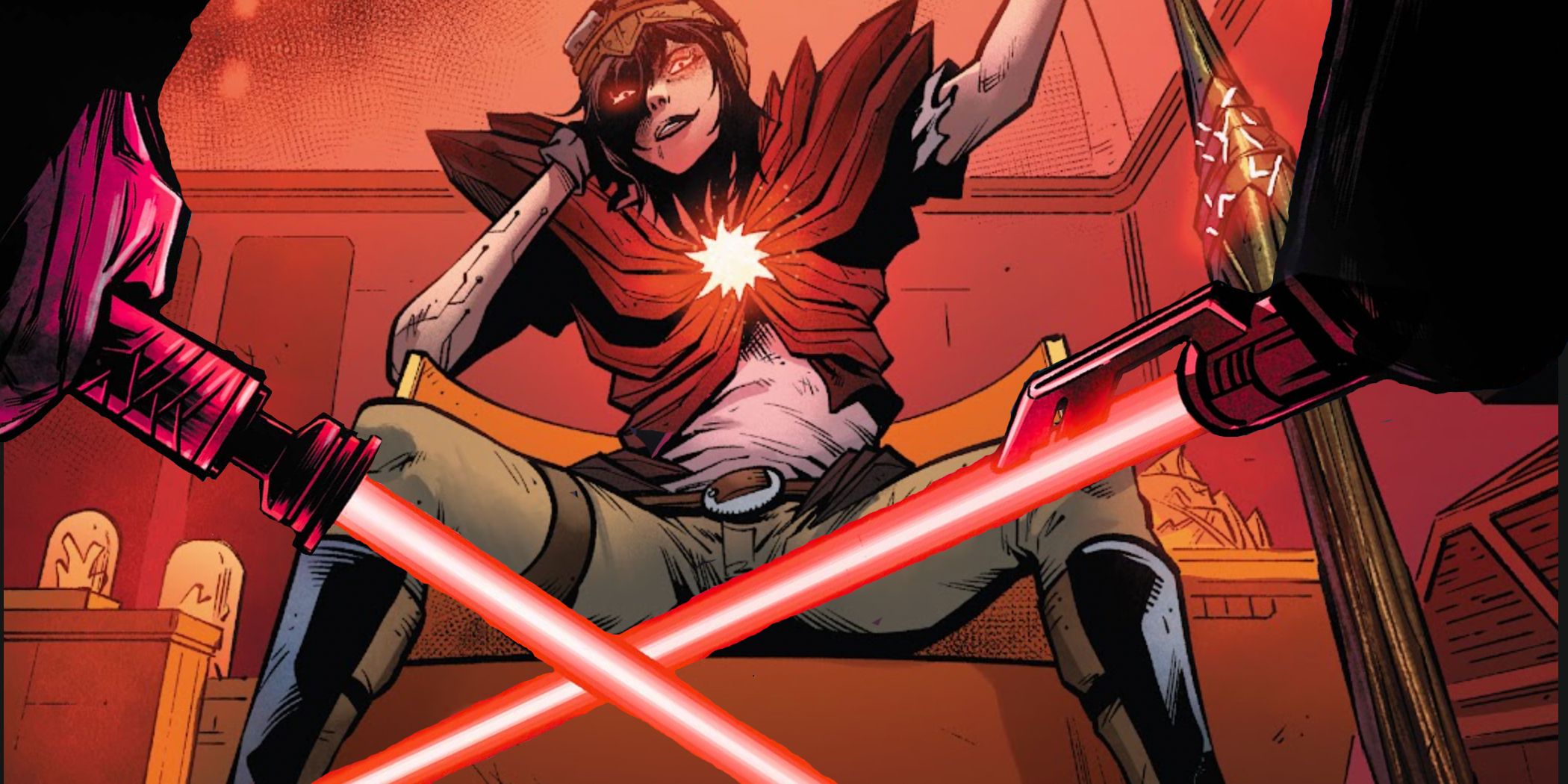 Marvel’s Star Wars: Doctor Aphra #25 reveals the recently introduced Sith-Killing sword comes with the ability to temporarily neutralize a lightsaber, making it one of the most powerful weapons in the galaxy.

Star Wars: Doctor Aphra #25 comes from writer Alyssa Wong, artist Minkyu Jung, color artist Rachelle Rosenberg and letterer VC’s Joe Caramagna. At the end of Star Wars: Doctor Aphra #24, the Spark Eternal, which is an artificial intelligence that has possessed Doctor Aphra, pulls out a massive sword called the “Sith Killer.” The sword is energized out of an altar created by the Ascendant, an age-old cult who aligned themselves with the dark side while harboring a heavy obsession with force technology.

RELATED: Star Wars Brings Back Its Evil R2-D2 and C-3P0

A Weapon of Unimaginable Strength

In Star Wars: Doctor Aphra #25, the possessed Doctor Aphra fully wields the weapon for the first time and fully shows off its power, as it’s able to break a table in two with one quick swing. It’s when the real Doctor Aphra — who is currently trapped in a mental prison of sorts with Miril, the leader of the Ascendant — finds the sword in one of Miril’s memories that the issue reveals just how powerful the weapon is. “It’s better,” Miril says when Doctor Aphra confirms the Sith Killer isn’t a lightsaber. He instructs her to light up her lightsaber, which she does. Miril then swings the Sith Killer weapon and completely neutralizes Doctor Aphra’s lightsaber to nothing more than a fizzle.

RELATED: Star Wars Announces Darth Vader Is About to Discover a New Threat

Miril elaborates, “That’s the power of Cortosis Alloy for you. It only works temporarily, and I still haven’t found a way to reinforce the blade so lightsabers don’t cut through it like gauze…If I just had access to more materials, I could have finished the Spark and the Null Blade in time.” Later, the possessed Doctor Aphra is again seen holding the sword and threatening Kho Phon Farrus with it. The character is thrown for a loop, however, when Sana Starros rushes in to offer some aid. With Doctor Aphra and the Sith Killer being separated from one another, Sana promises to help the real Doctor Aphra re-take control over her body in the issue’s final page.