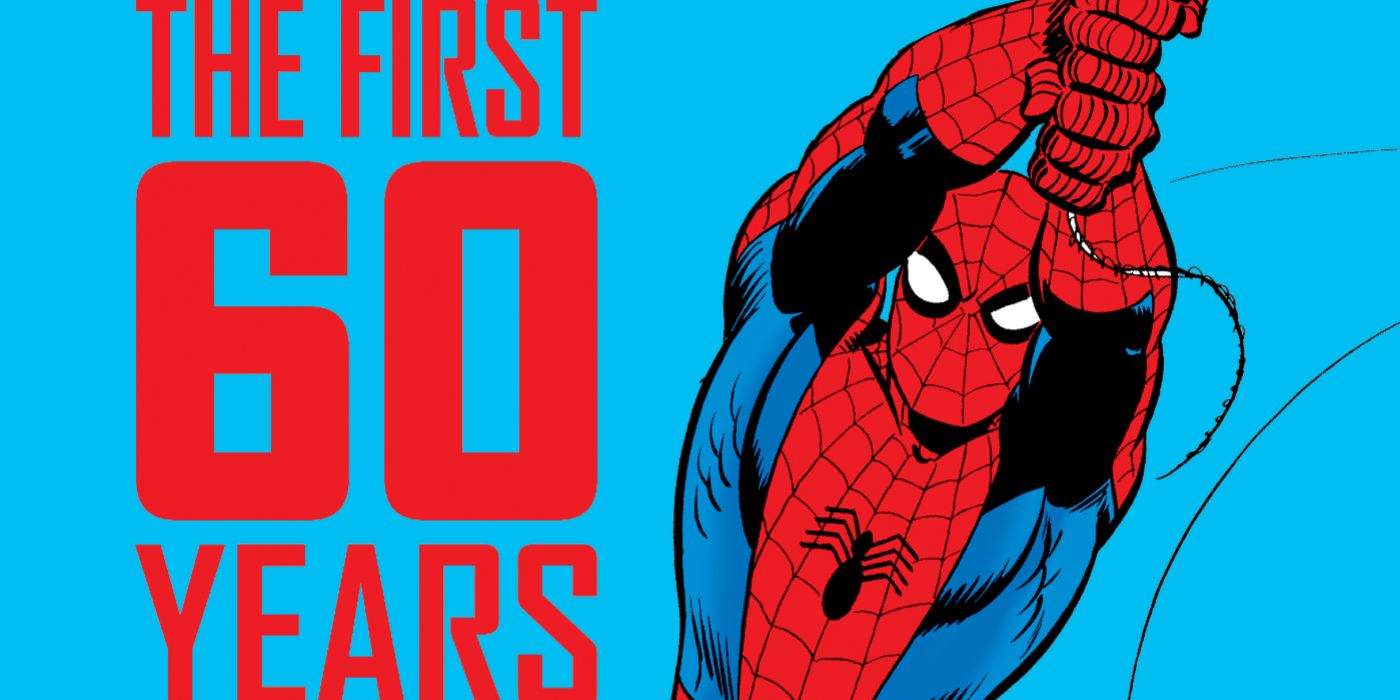 Readers are getting the chance to relive the first 60 years of Spider-Man with a brand new exploration of the character’s sprawling history.

Coming from Titan Comics, Marvel’s Spider-Man: The First 60 Years delves into everything from the origins of the titular hero to the creations of his most iconic villains throughout the years. Starting with the development of the Wall-Crawler himself in the 1960s, readers will follow along with the creators who brought their favorite stories to life on the comic book page before ending with the 2010s and the “fresh start” that the decade’s culmination offered.

In the second half of the ‘80s, several emerging writers and artists – such as American Frank Miller, who had written several Spider-Man stories in the past, and Brits Alan Moore and Grant Morrison, all big fans of classic Marvel – were changing the face of comics. They pitched stories with adult themes, literary language, and dark settings, without betraying the original sense of wonder, thus inaugurating the age of super hero revisionism. Even the character of Spider-Man was influenced by this new approach. While the ‘60s were the inventive years of Lee, Ditko, and Romita, with Conway the writer who carried our hero into the ‘70s, there was a succession of different creative teams in the ‘80s. This was partly because the character’s success encouraged Marvel to dedicate four monthly titles to him at once: The Amazing Spider-Man, The Spectacular Spider-Man, Web of Spider-Man (which often crossed over with the former titles), and Marvel Team-Up (which ended in 1985).

Long-time writers Sten, De Falco, and Michelinie were joined by Bill Mantlo, but most importantly by two new writers who would prove revolutionary. Peter David and J.M. DeMatteis helped transform Spider-Man profoundly, providing a more psychologically complex and violent version of the hero, in keeping with the new spirit of the times. They authored two of the most popular (and tragic) adventures of the entire series: “The Death of Jean DeWolff” and “Kraven’s Last Hunt.”

The first unfolded in The Spectacular Spider-Man #107-110 (October 1985-January 1986) and told the story of the charming police commissioner Jean DeWolff, Spider-Man’s friend, beginning with her dying in her sleep, at home in her bed. She was killed by a psychopathic vigilante who turned out to be another policeman: sergeant Stan Carter, who had become the Sin-Eater. The perspective was original, but didn’t entirely explain the commercial and critical success of this noir-style storyline written by Peter David and drawn by Rich Buckler. What really hit home was the psychological introspection of the characters, the controversial role of Daredevil/Matt Murdock (who as a lawyer had to defend criminals), and the image of a Spider-Man who was furious and out of control because of his friend’s death. According to the Comics Bulletin, the story was an exploration of “moral relativism amongst super heroes, the flaws of the criminal justice system, and the feelings of rage and desire for vengeance.”

Although Jean DeWolff’s story was iconic, it would not be hyperbole to call “Kraven’s Last Hunt” a masterpiece. Spider-Man faced his worst nightmares in a six-episode run spread between The Amazing Spider-Man, The Spectacular Spider-Man, and Web of Spider-Man (October-November 1987) that was indisputably DeMatteis and Mike Zeck’s artistic peak. Kraven the Hunter got under Spider-Man’s skin, defeated him, buried him (thinking he was dead), and stole his identity and costume to prove he was better than him. Our hero had to dig himself out of his own grave like someone in a horror movie. This unforgettable physical resurrection was also a metaphor for his spiritual rebirth. No one had delved so deeply into the psyches of Spider-Man and his enemies since Lee and Ditko. The sophisticated dialogue was full of literary references, and the comic featured lines from William Blake’s poem “The Tyger,” modified with the word “Spyder.”

Marvel’s Spider-Man: The First 60 Years will also include profiles on original creators Stan Lee and Steve Ditko, as well as those who have helped shape the character in the decades since such as John Romita Sr. and Dan Slott. These will be accompanied by vintage art from within the Marvel vaults. “This is the ultimate celebration of a character that has become a pop culture legend,” Titan said of the title.

RELATED: Marvel Just Made Spider-Man Into – An Infinity Stone?!

Readers can look forward to unraveling the evolution of Spider-Man across the decades with in-depth explorations of where the character was in terms of storylines and in the minds of the writers and artists who cultivated them. These include the transitions from one creative era to another, the impact of major Marvel events on Peter Parker and his alter-ego and alternate versions of the character, from clones and symbiotes to the Ultimate Marvel Universe. Marvel’s Spider-Man: The First 60 Years follows on the heels of Titan Comics’ Marvel’s Fantastic Four: The First 60 Years, which was released on Oct. 25 and featured a similar history of Marvel’s First Family both on and off the comic book page.