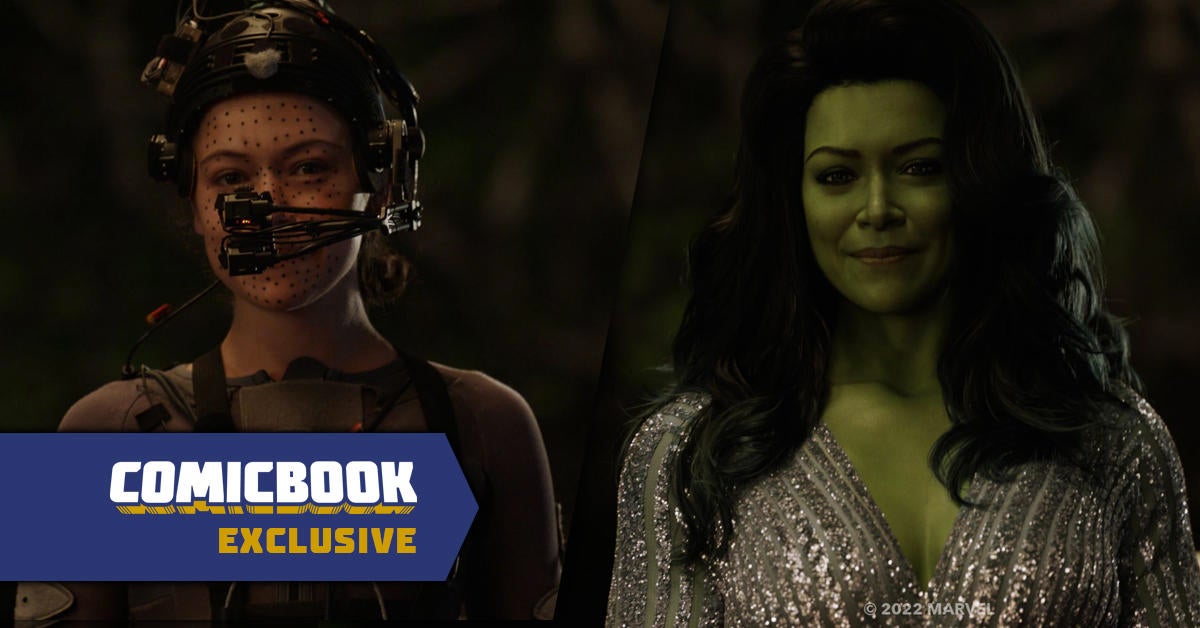 Stories of how detailed Marvel Studios’ visual effects can be have dominated social chatter before, including the immense depth crews created to build WandaVision’s Westview from the ground-up. Given a hero like She-Hulk is crafted entirely using computer-generated imagery, a great amount of care was put into how she looked in her first live-action series in She-Hulk: Attorney at Law. When it comes to Attorney at Law, that means putting a massive focus on the development of part of the character’s wardrobe. Case in point, since Jen Walters (Tatiana Maslany) was often seen in her She-Hulk form, visual effects vendors had to also create CGI clothing for the character, such as the flowing dress she wore to her awards gala.

As Wētā VFX supervisor Guy Williams tell us, artists had to create upwards of 1.06 million sequins for the super dress, a tremendous feat in its own right.

“They’re bombed on using Houdini. There was a lot of iterations trying to get all the permutations right,” Williams recals. “The hard part is that since they’re three different sequins, they don’t exist in parody. What I mean by that is that there’s not 330,000 of each of the three different types of sequins.”

Each of the sequins had a different color, which added a whole other layer to the equation.

“Since the sequins ranged from silver to clear blue, it changed the color of the dress significantly if you got the ratio was wrong,” the VFX boss adds. “And obviously we didn’t take the real dress and count so we had to guess at the numbers and keep jocking them around until the dress looked like the real dress dress, which I mean in hindsight wasn’t necessary because we never see the real dress but we used that kind of attention to detail.”