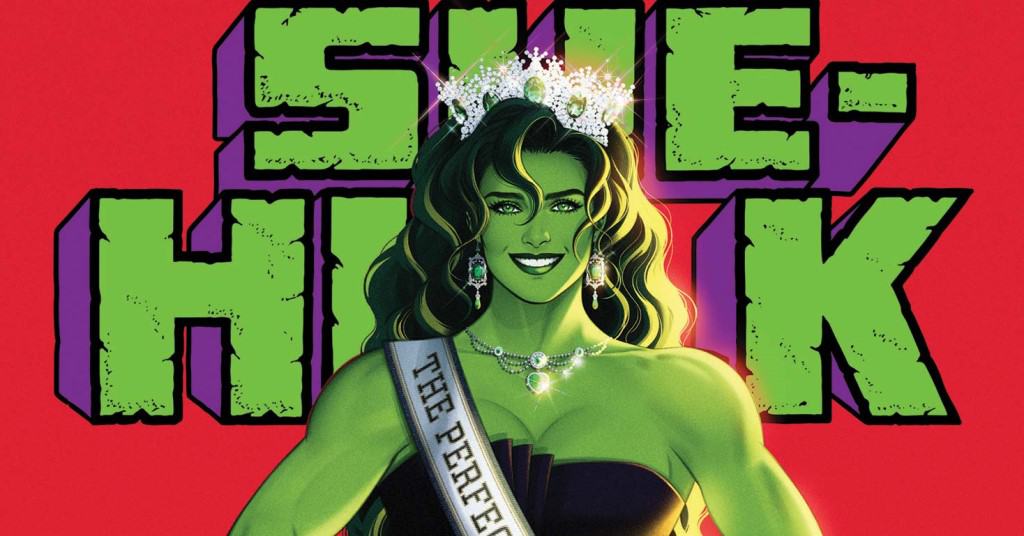 She-Hulk has more solo title issues than any other female superhero in the mainstream Marvel Universe. Despite this, she doesn’t have a particularly large or popular rogues gallery. There’s Titania… and Titania. While a lot of her villains have great potential like Ultima, Behemoth, Unum, and Abominatrix, writer Rainbow Rowell shines the spotlight on new supervillain couple April and Mark Booth in She-Hulk #8, and there’s mixed results.

This isn’t the first time we’ve seen April and Mark — they both have popped up in past issues shrouded in mystery. April appeared as a child-like woman with a large head, while Mark is a big brutish beefcake. And this issue is all about how the pair got that way.

I can’t say I’m too invested in these two villains. The backstory of overlooked-but-brilliant April (the real villain of the duo) has been done to death at this point. I adore a good female villain, but I’m not seeing much new with April Booth here. I also find her character design to be pretty creepy, and not in the zany Sensational She-Hulk way. I’m interested to see where the couples’ story progresses, but based solely on what we’ve seen of them, I don’t see them as being valuable additions to She-Hulk’s rogues gallery. 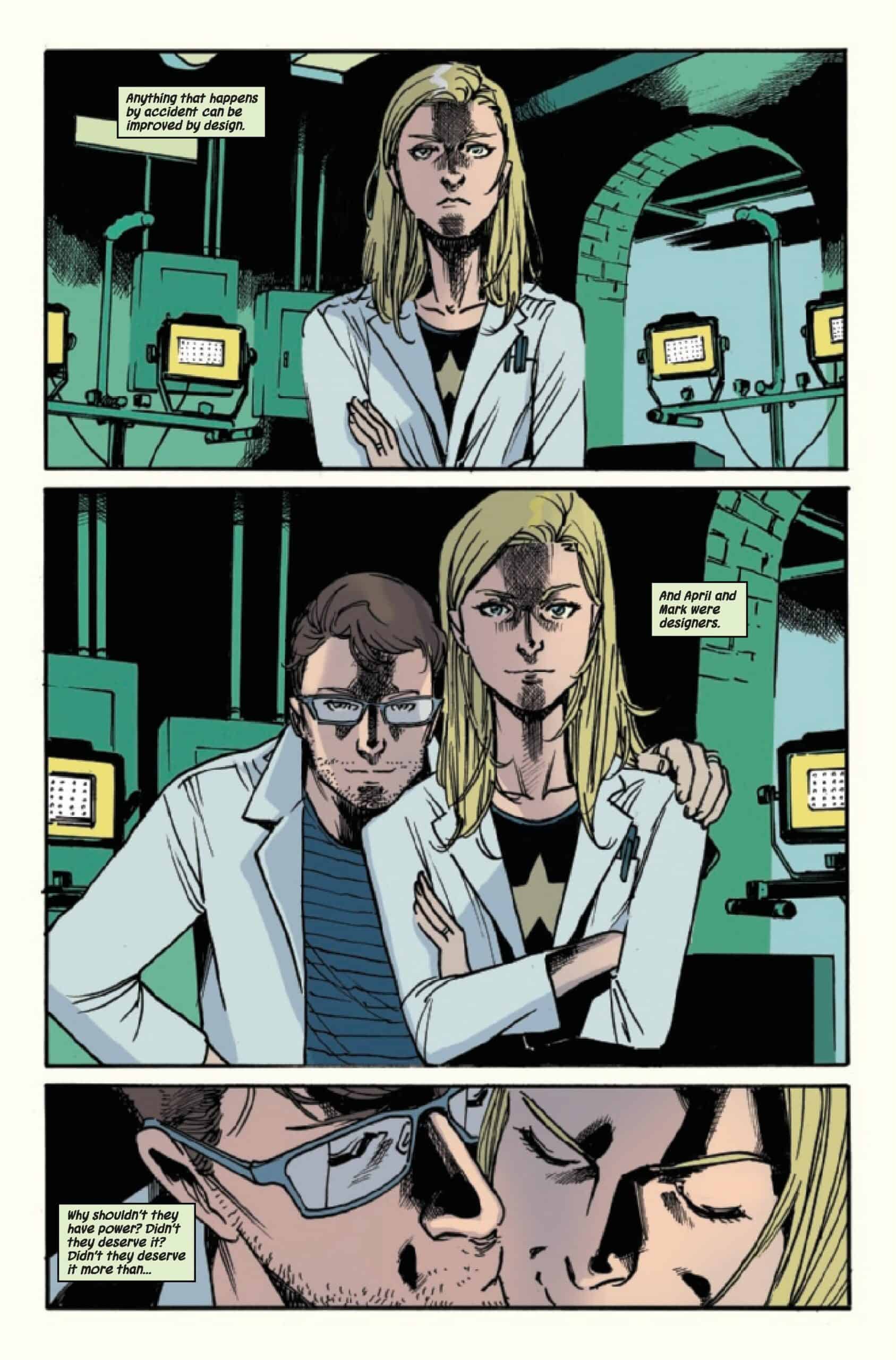 The plot of stealing She-Hulk’s gamma-radiated blood is one of the central focuses of She-Hulk: Attorney at Law, and if we hadn’t just sat through several hours of this plot I might be more forgiving of this one. But a repeat of this plot so soon is a bit disappointing when there’s so much that can be done with She-Hulk.

I do want to highlight some great comic art by Takeshi Miyazawa, who takes over for Luca Maresca for this issue. The art feels very similar to previous issues which helps with consistency for collected editions. I know a lot of fans who despise shifting art in comic books, but finding an artist who can seamlessly continue the story is a treasure. We also do take a break from Jen and Jack’s romance plot which is appreciated. I can’t be too hard on this comic as Rowell is still pumping out some of the best She-Hulk issues in years, and I’m always looking forward to the next issues.