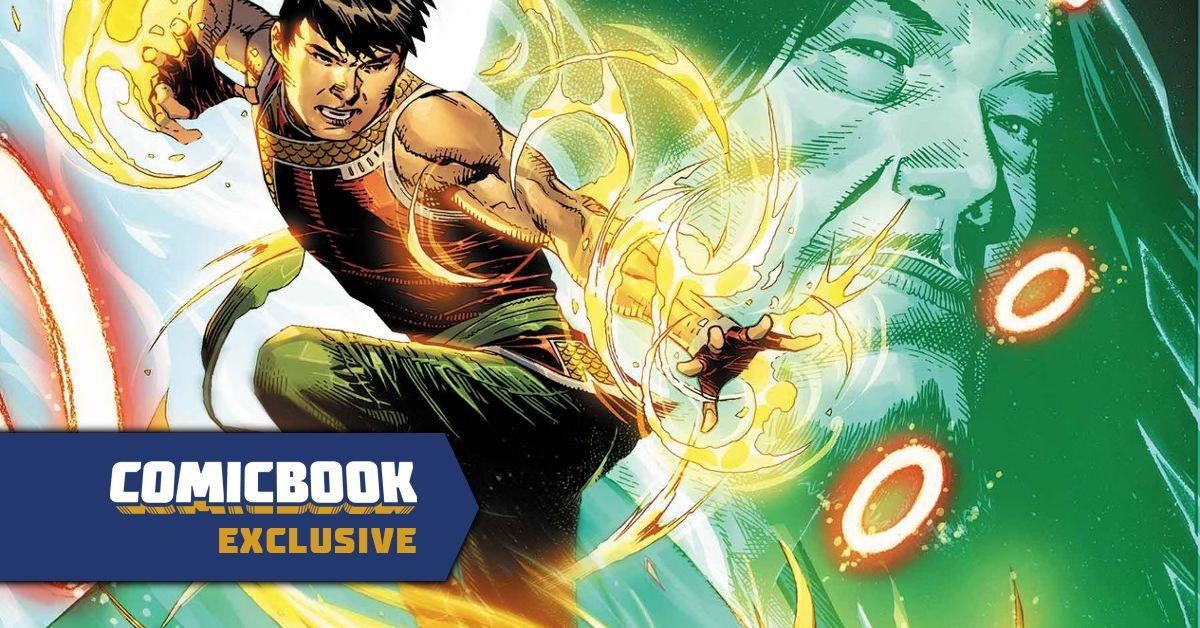 ComicBook.com has the exclusive preview of Shang-Chi: Master of the Ten Rings #1 by Gene Luen Yang, Michael YG, Erick Arciniega, Protobunker’s Fer Sifuentes-Sujo, and VC’s Travis Lanham. The preview begins at the ruins where Zheng Zu’s remains are buried. Zheng Zu is Shang-Chi’s deceased father, one of the more ruthless figures in the Marvel Universe. A group is currently digging up Zheng Zu’s bones and has intentions of bringing Zheng Zu back to life. The spell to accomplish this needs his bones and blood, and luckily, they have one of Zheng Zu’s descendants on hand to sacrifice to make it happen.

Over in China, Shang-Chi is leading the Five Weapons Society as they monitor this shady group’s moves. Master Ling has recruited some of Shang-Chi’s siblings – Sister Dagger, Sister Staff, and Brother Sabre – to offer assistance. Together they stand united to stop their evil father from coming back to life.

The solicitation and an exclusive preview of Shang-Chi: Master of the Ten Rings #1 can be found below. The issue goes on sale Wednesday, January 4, 2023.

SHANG-CHI: MASTER OF THE TEN RINGS #1