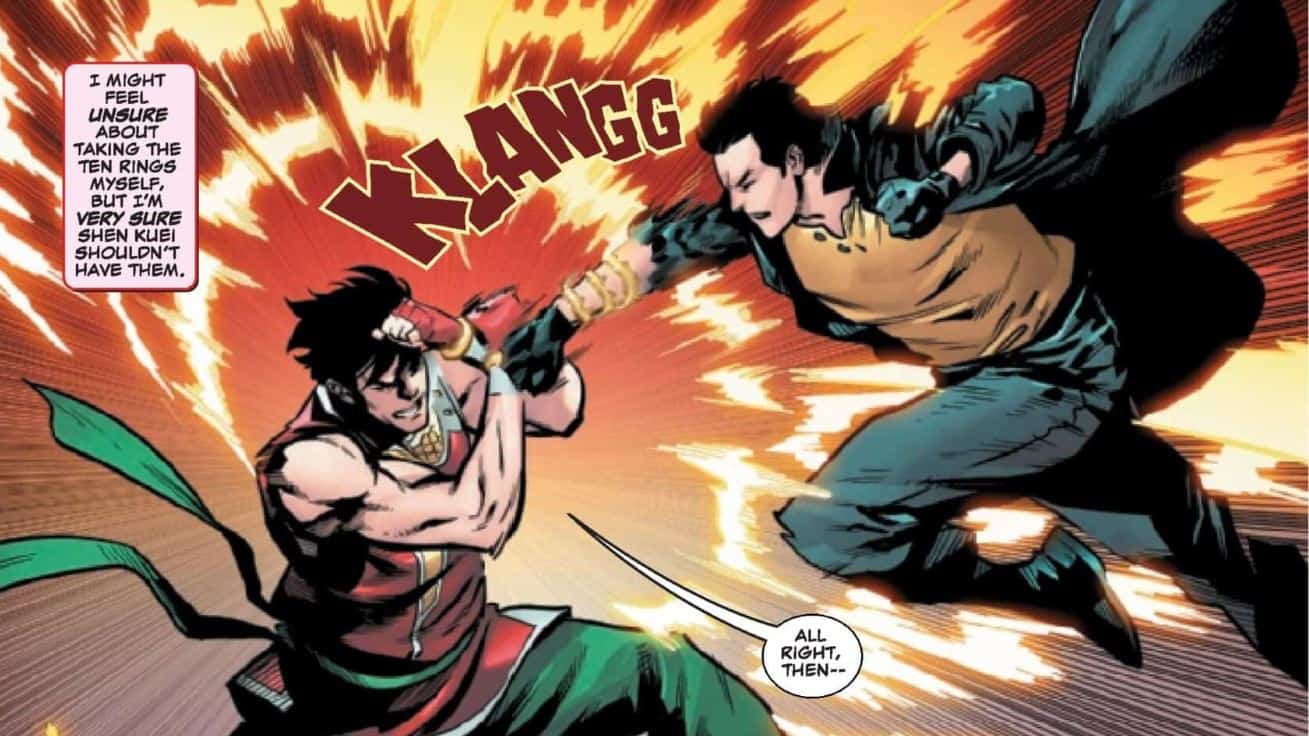 Shang-Chi and the Ten Rings #6 concludes the third part of Gene Luen Yang’s run of Shang-Chi in spectacular fashion. The story picks up with Shang-Chi and Shen Kuei proceeding to the last level in the gauntlet which will decide who holds the Ten Rings. There is a lot of fun interplay here between Shang-Chi and Shen as their friendship and rivalry is still ever-present even though they are fighting one another. This section of Yang’s run has been less about family as the previous portions, so it’s nice to see Shang-Chi get some good back and forth with someone he knows and trusts. This entire arc has been one big gauntlet for Shang-Chi as an individual, so seeing everything come together so nicely reminds us that Yang knows what he’s doing and is gearing up for a grand finale smash.

Out of all the artists in this run, Marcus To seems to feel the most grounded. This is a story about alternate dimensions and gods, yet the humanity amongst the characters shines through in spectacular fashion. To is also great at keeping the reader engaged during a fight scene, almost choreographing it in real time as if we are watching a film. There’s also a simplistic nature to To’s work here. The backgrounds are often subdued in order to highlight the action between characters. After all, Shang-Chi will always be a Kung Fu book in some way, shape, or form.

Being the conclusion to this chapter of our story, this issue features two big plot twists. The first, the identity reveal for Red Cannon completely took me by surprise. No spoilers here, but this character has come so far since this run started. Yang does a great job of pushing the gauntlet with his characters and this issue serves as a constant reminder that he knows these characters like their his own flesh and blood.

The second plot twist, however, seemed a bit too obvious, especially considering how we learned the backstory of the rings in the previous issue. That being said, the issue concluded in a very satisfactory way. Shang-Chi has grown so much since this run began in 2020. If this issue leaves you with anything, it should be the lesson of learning to stay who you are, even in the eyes of adversity. Sometimes superhero books can be all flash, and this issue has plenty of that, but it also goes beyond that. Yang truly has created something magical with this run.