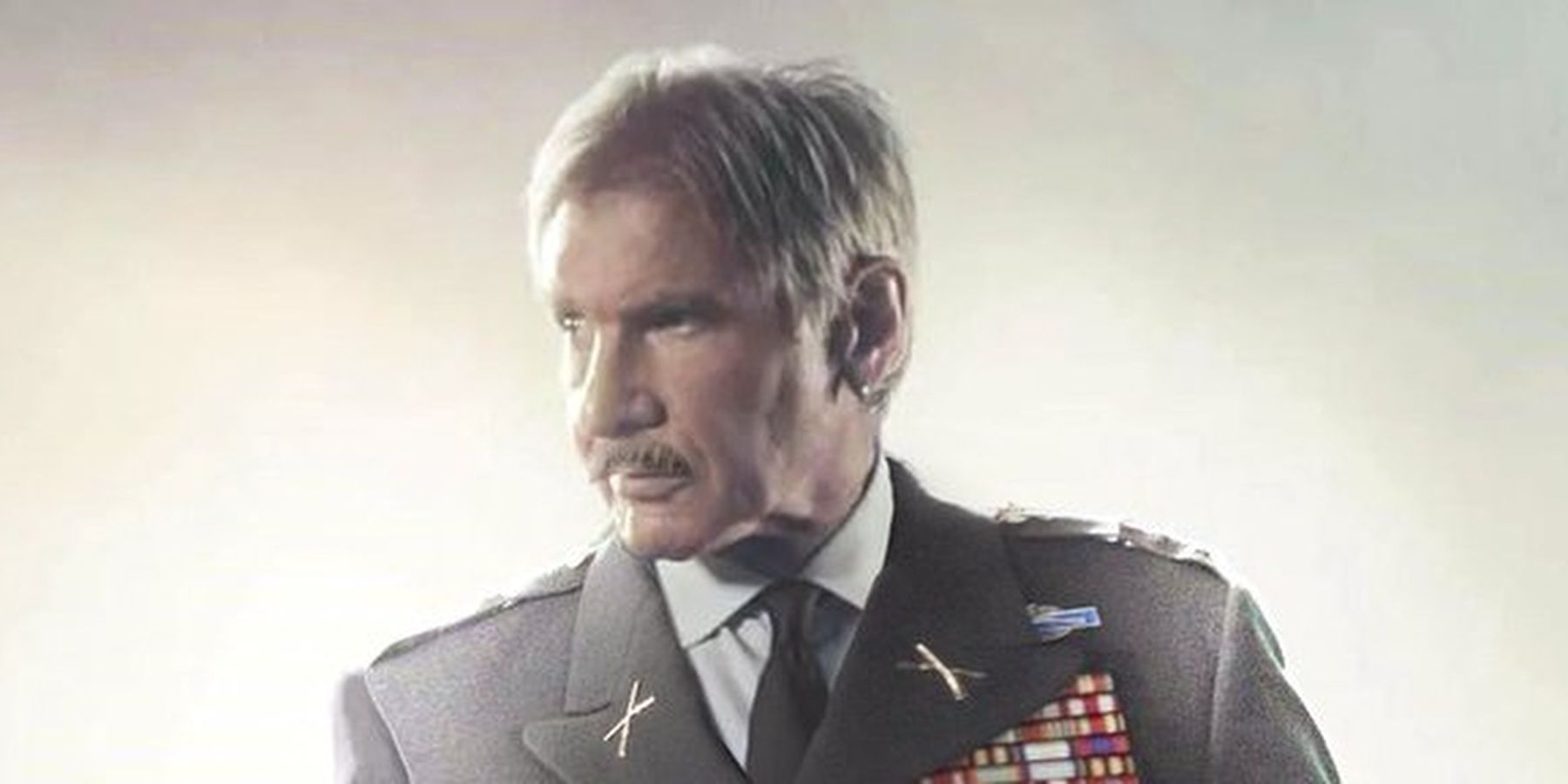 Harrison Ford is Marvel Studios’ pick to replace William Hurt as Ross, and fanart gives an idea of how he’d look in Captain America 4.

With William Hurt’s passing, the Marvel Cinematic Universe was forced to find a new Thunderbolt Ross. Harrison Ford was tapped for the role, and fan art gives fans a sense of what that might look like in Captain America: New World Order.

Ford was rumored to be Marvel Studios’ choice to replace Hurt as Ross (who debuted in the role for The Incredible Hulk) for upcoming MCU installments, including the upcoming Thunderbolts film. While it turns out that Ford will appear in Captain America 4, fan art created when his casting was a mere rumour proves why he is the perfect choice to take on the role of Thunderbolt Ross.

Rahal Arts shared a photo of what Ford would look like as the decorated military officer while giving out the caption, “Heard the news Harrison Ford is being rumored for General Ross, decided to make this concept, he got the looks. #generalross #thunderbolts #HarrisonFord.” Not only does Ford look like an accomplished veteran, much like Ross is supposed to be, but he also has the trademark General Ross mustache, thus giving him a look of a man who thinks he’s doing what’s right for his country by any means, even if his actions are actually doing more harm than good.

Hopefully, Marvel Studios brought Ford in as Hurt’s replacement for Thunderbolt Ross because they believe Ford is right for the part and not because of his established popularity as an action hero thanks to his time as Han Solo and Indiana Jones. Ford is best known for being the protagonist in most of his movies, but he has played the villain in the past, though not often. Playing Ross could potentially be an opportunity for Ford to try something different, but that would depend on how much he cares about doing his best in the project because he’s shown in the past how little passion he can put into his performances.

Had Ford ultimately not been interested in being involved with the MCU, Marvel Studios could have turned to Sam Elliott as Ross. Even though the original Hulk movie from 2003 was not received well by comic book fans, Elliott looked the part when he played Ross. Not to mention his acting regimen speaks for itself. Since Marvel Studios has brought back previous actors who have played their characters like Tobey Maguire, Andrew Garfield, and Patrick Stewart, who’s to say they would have been above bringing back Elliott as Ross, who played him almost two decades ago?

Remember that Hurt had been largely forgotten as Thunderbolt Ross among the MCU fanbase after Marvel Studios pretty much acted like The Incredible Hulk largely never happened. That was until he made his return in Captain America: Civil War eight years later. Still, many admired Hurt and his role as Thunderbolt Ross, but Ford certainly has the gruff and disgruntled demeanour to capture the character while making the role his own.

Thunderbolts is scheduled to be released in theaters on July 26, 2024.