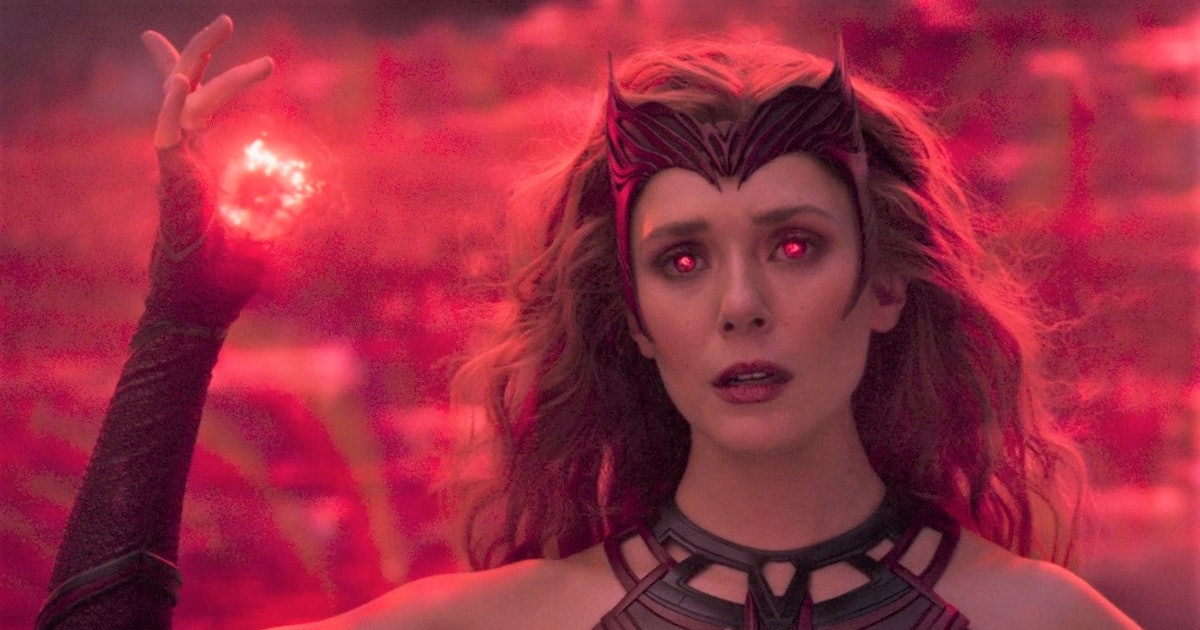 The map of Marvel’s Multiverse Saga is a long and winding one, and the arc that began with WandaVision in 2021 will conclude with Avengers: Secret Wars in 2026. Since the beginning of Phase 4 and the weekly mystery of WandaVision, fans have speculated that Wanda Maximoff (Elizabeth Olsen) would usher mutants into the MCU in a reversal of her infamous “no more mutants” spell from the comic book storyline House of M.

That proliferation of mutants hasn’t happened… yet. Sure, we’ve seen a few, including Professor X in Doctor Strange in the Multiverse of Madness and the reveal that Ms. Marvel is a mutant herself. But we’re still pretty far away from a full-blown X-Men invasion of the MCU.

Then again, we may already know how Marvel plans to usher in the age of mutants. There’s no better way to lay the groundwork for the X-Men than Avengers: Secret Wars, which could remake the Marvel Cinematic Universe as we know it.

THE GUTTER is an exploration of the concepts, criticisms, and curiosities that live between the panels of comic books and their adaptations.

WandaVision really got the fan theories cooking when the series brought in a “fake Pietro” played by Evan Peters (who portrayed Quicksilver in Fox’s X-Men franchise) as Wanda’s brother. Although Peter’s casting was ultimately just a meta wink at the audiences (Wanda’s “brother” was actually a Westview man named Ralph Bohner trapped under a witch’s spell), that wasn’t the last time the MCU tested the mutant waters in Phase 4.

Marvel Studios once again dipped into the Fox X-Men pool in Doctor Strange in the Multiverse of Madness. The film, which saw Stephen Strange (Benedict Cumberbatch) travel to another dimension and meet the Illuminati, introduced a variant of Patrick Stewart’s Professor Charles Xavier, complete with his yellow hover chair. While this version of Xavier wasn’t long for the multiverse, being promptly murdered by Wanda, it did confirm Marvel Studios was willing to return to previous casting choices beyond in-jokes for the audience.

The confirmation of mutants in the primary reality of the MCU, Earth-616, finally came in Ms. Marvel, and then again in Black Panther: Wakanda Forever. Both Kamala Khan (Iman Vellani) and Namor (Tenoch Huerta) were confirmed as mutants.

In Kamala’s case, her mutant powers are a significant change from the comics where she is an Inhuman, and begs the question of whether we might see Ms. Marvel join the X-Men down the line. As for Namor, it seems his mutation, brought about by his pregnant mother ingesting a plant affected by Vibranium that allowed her people to breathe underwater, may not be the result of the X-gene.

Despite confirmation of the existence of mutants, there are still many questions about what that label means and how it distinguishes certain super-powered individuals from others. Kamala has shared ancestry with people from another dimension (the Noor). Namor’s body was altered in utero. Did these extenuating circumstances make them mutants or simply unlock the X-gene that was already inside of them?

Next steps to MCU X-Men

Undoubtedly, Marvel Studios will keep fans on their toes about where we might hear the term mutant next, and what surprise identity reveals or cameos might arise from that. But one film that’s certain to address mutants — and might be one of the most significant lead-ins to Avengers: Secret Wars — is Deadpool 3.

The third Ryan Reynolds-starrer will see Hugh Jackman return as Wolverine. We’re expecting an iconic team-up, especially since Jackman had been so adamant that Logan (2017) was his final bow as the iconic mutant. Interestingly, in the past Jackman said the only thing that would convince him to return was to get a chance to play Wolverine in the MCU playground. Deadpool 3 could just make that dream a reality.

The film, directed by frequent Jackman and Reynolds-collaborator, Shawn Levy, is said to retain the R-rating of the first two films. Given Deadpool’s self-aware nature, it seems unlikely Deadpool will simply be plugged into the MCU as if he was there all along. Deadpool 3 may take a bigger approach than then the franchise has been known for, especially with Levy at the helm.

The ending of Deadpool 2 (2018) saw Wade Wilson using Cable’s (Josh Brolin) time travel tech to change the past. Presumably, this will be how he saves Wolverine from his demise in Logan. It will also inevitably create branching timelines, which might catch the attention of the TVA.

Deadpool and Wolverine’s shenanigans could send their Earth (home to Fox’s X-Men) on a collision course with Earth-616. In the comics, this colliding of worlds was called an incursion, something Reed Richards (John Krasinski) warned of in Multiverse of Madness. The two worlds, or at least aspects of them, may merge on a new world called Battleworld as Kang (instead of Doctor Doom as in the comics) attempts to remake reality to suit his vision.

So what happens from there?

Expect for nothing to be off-table when it comes to Marvel’s cinematic history in Secret Wars. Imagine a scenario in which all of your favorite and least favorite non-MCU Marvel movies are worlds within the multiverse. And when the universe is remade, bits and pieces of all of them are cobbled together to form Battleworld.

Everyone from Wesley Snipes’ Blade, Eric Bana’s Hulk, Jessica Alba’s Invisible Woman, Ben Affleck’s Daredevil, Tobey Maguire and Andrew Garfield’s Spider-Men, and even Nicholas Cage’s Ghost Rider could all potentially show up in Secret Wars as Marvel Studios aims to deliver the most epic event movie fans have ever witnessed.

Given that the X-Men are most significant non-MCU Marvel property outside of Sam Raimi’s Spider-Man, films, it’s safe to presume that they’ll make a significant showing if Marvel Studios does go down the route of including past actors. As flawed as those films could sometimes be, they hold a special place in fans’ hearts. And there is an immensely talented cast at the center of those films.

Reynolds’ Deadpool and Jackman’s Wolverine seem like guarantees, but other beloved mutants who could, realistically, make a showing are Dafne Keen’s Laura (from Logan), James McAvoy’s Xavier, and Michael Fassbender’s Magneto. In terms of the other X-Men like Cyclops, Jean Grey, Mystique, Storm, and Beast, it’ll be interesting to see if Marvel goes with the actors from the original cast or the First Class cast. Perhaps, via time travel there’s a way to have both: Marsden and Sheridan, Janssen and Turner, Romijn and Lawrence, Berry and Shipp, Grammer and Hoult. And maybe, just maybe, Stewart and McKellan could be convinced to return once more.

In Jonathan Hickman and Esad Ribic’s Secret Wars, the new universe and Earth-616 that was created in the aftermath retrained pieces of the world as it was before while bringing over some characters from alternate Earths (like Miles Morales) and re-writing their history so they’d fit neatly within the history of this new world.

Something similar might happen at the end of Avengers: Secret Wars. Its doubtful Marvel Studios would want to completely commit to Fox’s casting decisions, but it’s worth noting that Kevin Feige worked on a number of those films before the formation of Marvel Studios and built relationships with those cast members.

When an MCU X-Men movie does happen, it might be a combination of familiar faces like Jackman’s Wolverine, Reynolds Deadpool, Sheridan’s Cyclops, Turner’s Jean Grey, and Anya Taylor-Joy’s Magick; alongside recast team members and mutants who’ve yet to make their own onscreen debut. This is all speculation of course. Avengers: Secret Wars could just be a swan song for all of the cast members of the Fox X-Men series, fulfilling the actors’ contracts and giving audiences some closure — if they appear at all that is.

But when the world of the MCU is remade — most likely by the Scarlet Witch — expect the mutant population to leap forward as Charles Xavier promised it would all the way back in X-Men (2000). Uncanny times are ahead.

THANKS FOR READING AND, AS ALWAYS, KEEP YOUR MIND IN THE GUTTER!