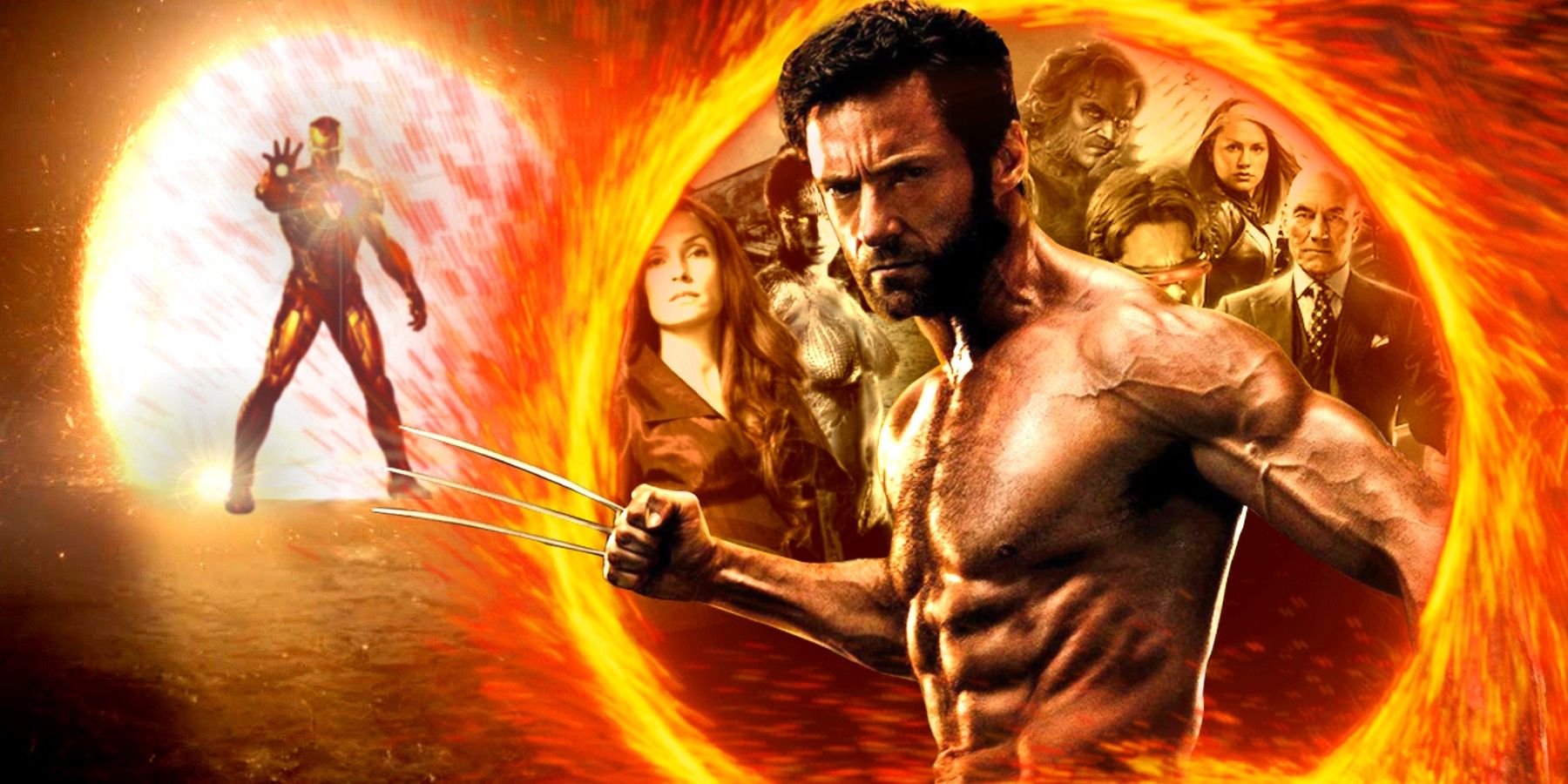 Avengers: Secret Wars has the perfect opportunity to outdo Endgame’s most spectacular moment and make a genius fan meme an MCU reality.

If you thought Avengers: Endgame‘s stunning portals scene was impressive, Secret Wars may be about to blow your expectations away entirely. The upcoming Avengers ensemble event movie is the perfect opportunity to take that Endgame scene and dial it up not just to 11, but to a frankly ridiculous level, and the groundwork has already been set in Marvel’s Phase 4 multiverse releases. Even better, Secret Wars can turn the silliest Endgame meme into reality.

In the wake of Endgame‘s release, the climactic portals scene in Wakanda that sees the return of the snapped heroes, led by Chadwick Boseman’s T’Challa and Benedict Cumberbatch’s Doctor Strange became an instant MCU touchstone. It will forever be the high benchmark Avengers movies are judged against until a future Avengers movie does something more spectacular. In Secret Wars – the more tangible of the two upcoming Avengers movies – Marvel Studios has an opportunity to make the portals look small-time by comparison. And in doing so, Secret Wars can also turn a genius fan edit that mocked the portals scene into a form of MCU canon.

Related: Every Secret Wars Hero Missing From The MCU (& How They Can Appear)

Avengers: Secret Wars Can Have The Wildest Marvel Cameos

The Endgame meme in question recut the Wakanda portals scene to include non-MCU Marvel movie characters and increasingly silly cameos from the likes of the Ghostbusters, Harry Potter, Doctor Who, and various DC movie casts. As an escalating punchline, the gag is a wonderful thing, which was improved further by different versions of the fan-edit that culminated in a final Literally Everyone cut that abandoned all sense of restraint.

Despite the obvious silliness involved, the meme is an interesting conversation point for Secret Wars, because it offers a way for the upcoming sequel to trump Endgame‘s big moment. The inclusion of non-MCU Marvel cameos – including the likes of James McAvoy’s Charles Xavier – as has been whispered about since Secret Wars was announced should absolutely be embraced, with the same sort of enthusiastic nostalgia-baiting that the Literally Everyone cut weaponized. Because regardless of how closely Marvel can adapt the Secret Wars comics event, the concept of a multiversal Battleworld works best with all sense of restraint removed.

In order to outdo Avengers: Endgame, whoever makes Secret Wars needs to welcome absurdity and accept that nothing should be off the table when it comes to possible Marvel cameos. If multiversal variants of established characters can come into the fray, it should be done; if Robert Downey Jr can return, it should be chased as a priority; if there’s a chance to trump X-Men: Days Of Future Past‘s exceptional crossover of casts for a real mutant debut in the MCU, there should be no question. And while there may be concerns about Star Wars-like toybox cameos, that’s exactly what Secret Wars should be about: you don’t choose that concept without running with it fully.

The only unfortunate thing for Secret Wars is that the MCU’s Phase 4 already stole some of the potential thunder of introducing cool, nostalgia-heavy cameos. The returns of Andrew Garfield and Tobey Maguire in Spider-Man: No Way Home were arguably the blueprint for what is possible in Secret Wars, but they set such a high bar that what comes next will have to be even more impressive. In their wake, even Sir Patrick Stewart’s cameo as Professor X in Doctor Strange In The Multiverse of Madness fell a little flat. If Secret Wars doesn’t get it right, any potential cameos may go the same way, and with Hugh Jackman’s Wolverine return stolen by Deadpool 3, there’s already less options to play with.

Related: Fantastic 4 Must Be Crucial To Avengers 5 Given Marvel’s X-Men Plans

In reality, Maguire and Garfield could return once more to great hype, but they can’t be the only ones. If Secret Wars wants to go further and create another meme-worthy moment of spectacle, we’re going to have to see the original X-Men, the second generation X-Men, Nic Cage’s Ghost Rider, David Hasselhoff’s Nick Fury, every Hulk actor, all three Fantastic Four casts and more. And that’s without taking into account the possibility of more “elseworlds” castings like Tom Cruise’s Iron Man (which should be at the top of Marvel’s wishlist already). Yes, that all sounds like a lot, but Avengers: Secret Wars by its very design is the chance to pull it all off without the need for any complex explanation.

More: Deadpool 3 Can Pay Off Multiverse Of Madness AND Set Up Secret Wars