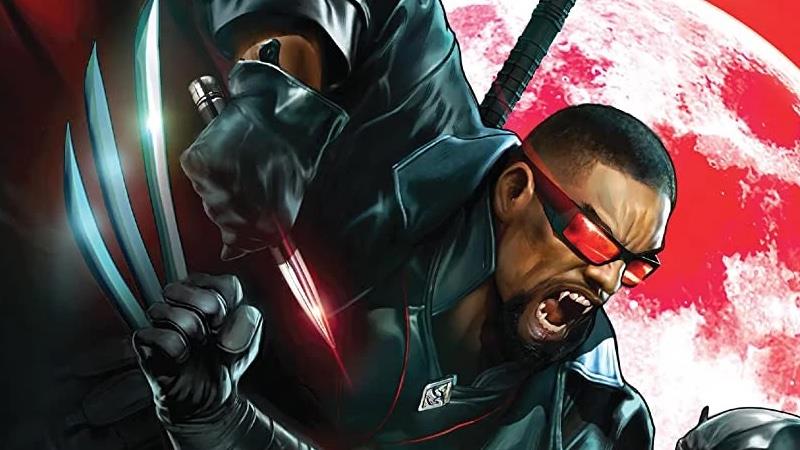 Around six months before the world closed down thanks to the pandemic, Marvel Studios President Kevin Feige wrapped up an epic Hall H panel at the San Diego Comic-Con with one final, jaw-dropping announcement.

Joined by Oscar-winning actor Mahershala Ali, he revealed that a Blade movie was finally on the way and, over three years later…we’re still waiting for it to become a reality.

We did hear the Daywalker’s voice in Eternals‘ post-credits scene, but director Bassam Tariq parting ways with Marvel Studios in September has only served to further delay the movie. There have since been reports that the script needed some work, with Ali giving some input into that as Moon Knight and X-Men ’97 scribe Beau DeMayo gets to work on punching it up.

Last month, we heard that Elegance Bratton may be among those being eyed to helm Blade. He’s something of a newcomer, but began his career in the 2010s, writing, directing, and producing a variety of projects including the short film Walk for Me, the reality television series My House, and the documentary Pier Kids. His feature debut, meanwhile, will be A24’s The Inspection.

Talking to Screen Rant, Bratton was asked how he would approach a project like Blade.

“I’m very much interested in a contemplative and thoughtful camera approach when it comes to filming Black actors. I think a lot of times we observe and dissect difference in cinema rather than spend time,” the filmmaker explained. “So, I think I would want to kind of spend that time to bring Blade into a more recognizably human place.”

“Secondarily Blade’s story is very much my story. This is a young Black man, abandoned by his mom and I would really want to explore that. And I guess the last thing is Blade, as a Black man, if you go to a barber shop the conspiracy theories around Whiteness, Blackness, immortality all sorts of things are kind of swirling around.”

“So, in that kind of Marvel-esque humor, I would want to bring some of that barber shop humor into it…I think Blade kind of as a mythological character exists in a lot of different parts of the American consciousness that I would love to poke around in and provoke with.”

“But ultimately, it’s an action movie. It’s fun,” Bratton concluded. “Vampires are sexy and fun and I want to make a really fun action film. And the fact that Mahershala is playing Blade, he’s one of the best actors on God’s green Earth, and I like working with great actors.”

Reading these comments, we can’t help but hope the director does get to take a shot at Blade. It sounds like he has a really interesting approach to the character, and it’s clearly a movie Bratton has devoted a lot of thought to. That alone makes us think he’s probably spoken to Marvel Studios recently.

Blade is currently set to be released in theaters on September 6, 2024.