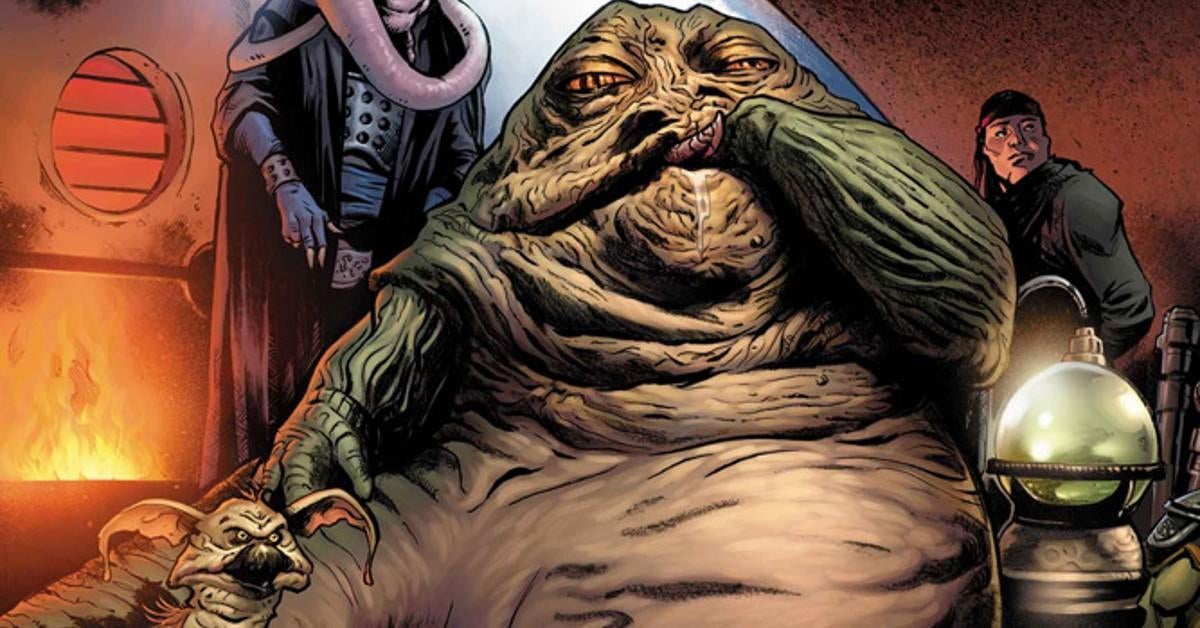 Marvel Comics is preparing to celebrate the 40th anniversary of Star Wars: Return of the Jedi with a series of one-shots. The first of these one-shots arrives in February and stars the film’s first antagonist, Jabba the Hutt. Return of the Jedi was the final installment in George Lucas’ original Star Wars trilogy, which saw the Rebel Alliance finally defeat the Galactic Empire. Fans also saw the long-awaited confrontation between Luke Skywalker and Darth Vader, after Luke discovered Vader was his father back in Star Wars: The Empire Strikes Back. The Jabba the Hutt-focused Return of the Jedi one-shot is the first in a series set to highlight many characters from the film.

Announced by StarWars.com, Star Wars: Return of the Jedi – Jabba’s Palace #1 comes from the creative team of writer Marc Guggenheim and artist Alessandro Miracolo. The main cover is by Ryan Brown and features Jabba sitting on his throne in his Tattooine palace. Alex Maleev illustrates a variant cover featuring Boba Fett, while Lee Garbett illustrates a connecting variant cover. Since these one-shots are putting the spotlight on Return of the Jedi characters, we can speculate other comics featuring the likes of Lando Calrissian, Luke Skywalker, Darth Vader, and even the Ewoks.

The first season of Andor is currently streaming on Disney+. The series is a prequel to Rogue One: A Star Wars Story and stars Diego Luna as the titular Andor. Andor‘s 11th episode debuted this week, and fans found themselves cheering on Stellan Skarsgard’s Luthen Rael. Luthen’s piloting abilities were one of the episode’s many highlights, captivating Star Wars fans with an epic space battle.

“The only thing I can say is you’re going to see where he was five years before Rogue One, and you’re not going to believe Rogue One was possible,” Andor star Diego Luna told Comicbook.com. “That’s the idea, to see a transformation and an awakening. I can’t tell you how that will be represented, you’ll have to wait until the 31st of August. But it is about that, and it’s about how much we’re all capable of changing and transforming, and that’s the beauty of storytelling. Not many times you start knowing the end, here you know what happens. It’s not about, like, ‘Oh this happened!’ No, no, it’s how it happened that matters. It’s about the little details and what’s in between lines and every layer of the character. Even though we are on a very epic kind of show and a huge spy adventure show, we’re going to have time for intimacy. You’re going to go deep into the character and the people around him. It’s going to be interesting, I think, and it’s going to be dark and fun and different from what you see out there now.”

Star Wars: Return of the Jedi – Jabba’s Palace #1 goes on sale in February.