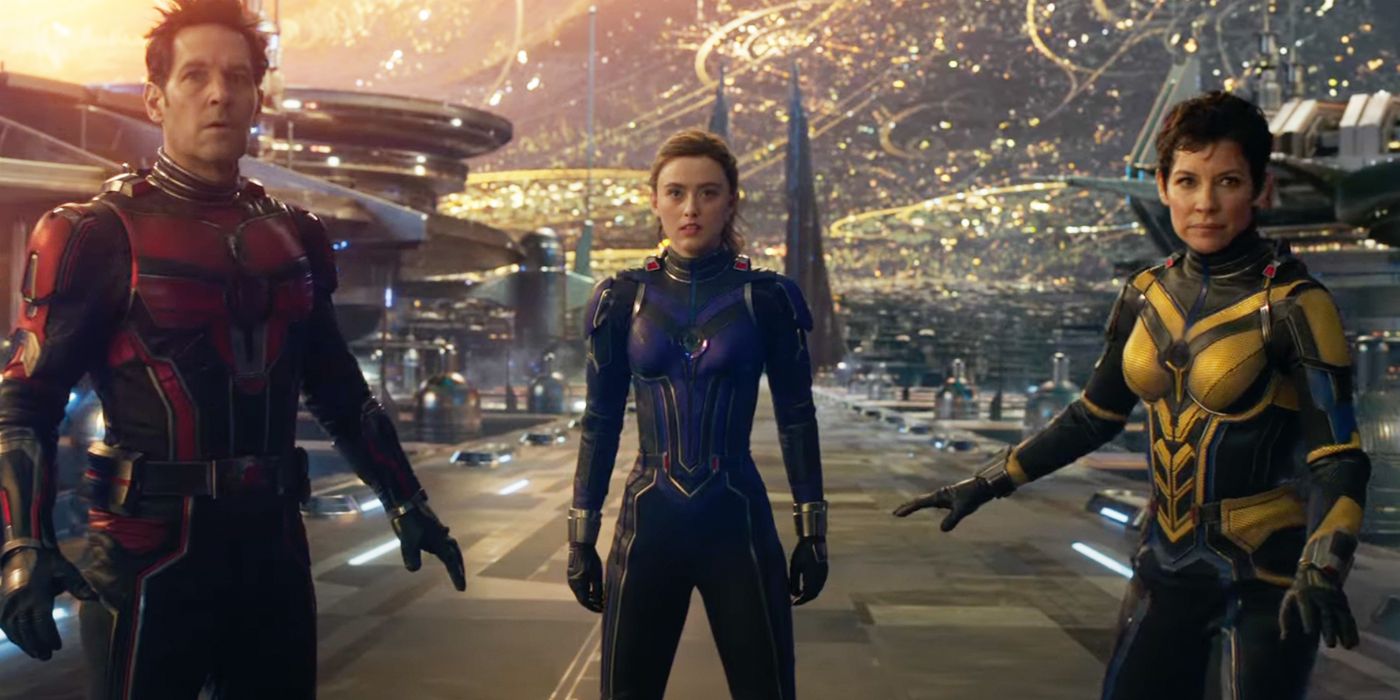 Fans were ecstatic when they got the first look at the highly-anticipated movie, Ant-Man and the Wasp: Quantumania. The trailer revealed that the titular heroes would find themselves trapped in the Quantum Realm, facing off against Marvel’s new big bad, Kang the Conqueror (Jonathon Majors).

The third film in the franchise seems set to offer audiences our most in-depth look at the Quantum Realm yet, which appears to be ruled over by Kang. He isn’t the only character living there, however; over the years, several Marvel heroes and villains have called the Microverse (the Quantum Realm’s comic book counterpart) home.

Though the trailer doesn’t give much away, it seems as though Kang rules over the Quantum Realm, something Janet Van Dyne (Michelle Pfeiffer) is well aware of and very afraid of. A second trailer will likely explain more of this, but it speaks to the character’s almost indescribable power that he can rule such a strange world.

Kang will undoubtedly play a huge role in the future of the Multiverse Saga, and we’re excited to learn more about him and the power he holds when the third Ant-Man movie hits theaters in February.

Lord Gouzar is a tyrant who became ruler of the Microverse by killing anybody who stood in his way. Granted, the Ant-Man and the Wasp: Quantumania trailer made it appear as if Kang ruled the Microverse in place of Lord Gouzar, but that doesn’t mean the tyrant won’t make an appearance in the movie.

His centaur body makes Gouzar an instantly recognizable character, so we wouldn’t be surprised to see him appear as a blink-and-you’ll-miss-it Easter egg, but Gouzar does have the potential for a larger role. Surely somebody has challenged Kang’s reign at some point. Perhaps it was Gouzar foolish enough to challenge him, and if that’s the case, Gouzar might be a tale of warning told to Ant-Man.

Bug is a character who boasts a large and varied history throughout the decades of Marvel comic runs. The Insectivorid creature has interacted with several popular characters and teams, including the Fantastic Four, the Guardians of the Galaxy, and even Ant-Man.

Given that Quantumania will introduce audiences to a whole host of weird and wacky Marvel characters, this would be the perfect opportunity for Bug to shine. Better still, Bug’s homeworld Kaliklak is based in the Microverse, and we believe the jokester would get on particularly well with Ant-Man, one of Marvel’s funniest characters.

Alice Taylor-Kedzierski is an Inhuman who accidentally shrunk herself, her house, and two of her neighbors to the Microverse. Her size manipulation powers allow Alice to alter the size of objects around her by exchanging their mass. However, Alice cannot control her powers initially and finds herself trapped in the Microverse.

Thankfully for Alice and her two neighbors, The Wasp is on hand, along with Wonder Man (who will soon make his MCU debut), to help her escape and return to normal size. Doctor Strange in the Multiverse of Madness introduced Inhumans to the MCU, making it even more likely that we might encounter a shrunken version of Alice in the Quantum Realm.

If Scott, Janet, and Cassie happen upon the sub-atomic kingdom of K’ai, they may find themselves face to face with Princess Jarella, a Marvel character with a huge and important history. The kingdom of K’ai may not be as advanced as Earth, but they possess high technology and sorcery, which could trouble Ant-Man.

Now would be the perfect time to introduce Princess Jarella due to the love she shared with Bruce Banner (Mark Ruffalo). It would open many avenues for his character and give him a chance to finally be happy. He deserves it.

Though he has primarily faced off against the Fantastic Four, many people consider Psycho-Man to be tt dangerous villain lurking in the Multiverse. Psycho-Man was a mad scientist who ruled a series of worlds within the Multiverse but traveled to Earth when overpopulation threatened to destroy his people.

Given his microscopic size, Psycho-Man uses and controls an advanced body armor that allows him to interact and fight with the people of Earth. He may not be the main villain of the Ant-Man threequel, but we wouldn’t be surprised to see Psycho-Man acting as Kang’s right-hand man.

After accidentally being hit by his own shrink ray, Doctor Doom was transported to the Microverse. It didn’t take long for Doom to defeat the king of Sub-Atomica and begin to rule the land for himself. Doom’s rule didn’t last, but the third Ant-Man movie would be a brilliant and unexpected way to introduce the iconic villain.

RELATED: Ant-Man 3 Director Peyton Reed on Difference Between Kang & He Who Remains

The Fantastic Four will finally join the MCU in 2025, but it is expected that their arch-nemesis may make his debut first. A hint towards the existence of Doom in Ant-Man and the Wasp: Quantumania would do a lot to build excitement for the future.

Though the comic run was initially based on a line of toys, Marvel’s The Micronauts became more connected to the wider marvel universe once the toy line went bust in 1980. The series played a key role in establishing exactly what the Microverse was and those who lived there.

Filled with an array of interesting and unique characters, should Marvel decide to introduce the Micronauts, they could go on to play a vital role in the MCU, potentially filling the void left by the Guardians of the Galaxy after Volume Three hits theaters.

Admittedly, this one is a long shot, but given the face Venom symbiote now exists within the MCU, there’s a chance we could see some version of Minimum Carnage play out in the long-awaited third movie in the Ant-Man franchise.

Minimum Carnage sees the titular villain travel to the Microverse after failing to destroy New York, to become the ruler of the sub-atomic dimension. If he’s in the film, it’s not likely that Carnage will feature heavily at all, but an easter egg confirming his existence in the MCU would delight fans, especially after Venom: Let There Be Carnage provided an underwhelming take on the character.