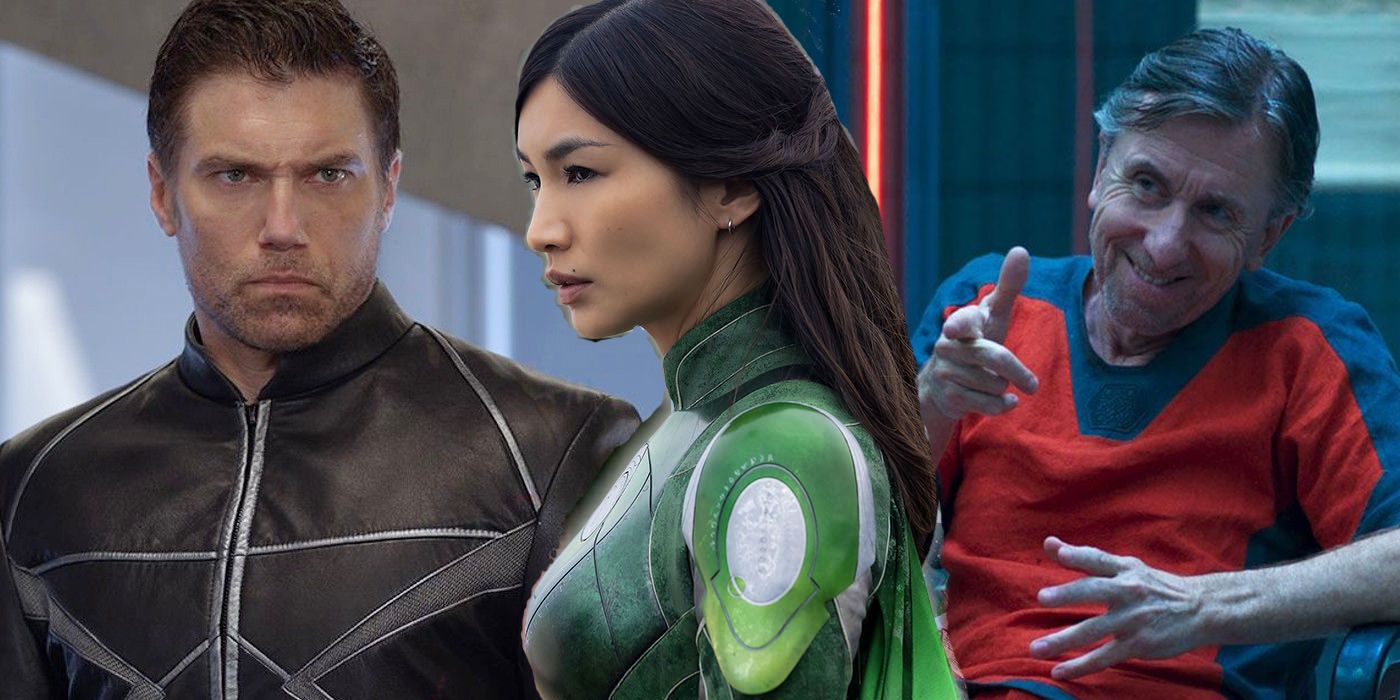 Eternals was not one of the more successful movies in the Marvel Cinematic Universe. It has a very low 47 percent critics’ rating on Rotten Tomatoes, and the general audience gave it an average 77 percent rating. Even worse, it ranked near the bottom of the box office charts for the MCU, with only The Incredible Hulk, Captain America: The First Avenger and Black Widow making less money.

However, that does not mean the MCU is finished with the immortal superhero team yet. The post-credits showed some of the surviving Eternals on the run and finding Eros, while others, like Sersi, ended up taken by a Celestial to determine Earth’s fate. Despite the low critical ratings and lesser box office, the return of characters in Phase Four of the MCU shows that fans could see literally anyone return.

RELATED: Armor Wars Is the Perfect Place to Pay Off a Black Widow Easter Egg

In an interview, Marvel producer Nate Moore said that the Eternals would return to the MCU. “I don’t want to spoil anything, but we have not seen the last of those characters,” he revealed. This shouldn’t be a surprise, thanks to what Phase Four has done so far with returning characters. It all started in Shang Chi and the Legend of the Ten Rings when none other than Trevor Slattery returned. The Ben Kingsley character first appeared in Iron Man 3. In that movie, he was part of the most polarizing twist in MCU history when he pretended to be The Mandarin but was only a decoy for the real enemy. In Shang-Chi, he returned, a prisoner of the real Mandarin, and helped Shang-Chi reach his final battle. The MCU brought back the once-controversial character and made him a fan favorite. Trevor will even return again for the Wonder Man series on Disney+.

Up next was a return no one could have expected. While Eternals was a critical failure and a disappointment at the box office, it was still better liked than the ABC Marvel series, The Inhumans. This was meant to be a movie, but it was turned into a TV series, with its pilot and second episode originally airing in theaters on IMAX screens. The show was a flop, with a very low 27 rating from Metacritic. No one ever expected to see any of these characters again after that. However, in Doctor Strange in the Multiverse of Madness, Anson Mount returned as Black Bolt. While he was from another Earth, it was still the same actor who played the character on the small screen.

Finally, there is Emil Blonsky. This was a huge shock. The Abomination was the villain in The Incredible Hulk, a movie most Marvel fans consider among the worst of the entire franchise. While William Hurt continued on as General Ross, becoming the U.S. Secretary of State, no one expected to see Abomination again. This happened anyway on She-Hulk. Much like Trevor Slattery in Shang-Chi, Emil Blonsky found that She-Hulk rehabbed his image, and he became another fan-favorite character returning to the MCU after starring in a critical and box office disappointment. Escaping with Wong, Marvel fans haven’t seen the last of him either.

RELATED: Scarlet Witch Is Worthy of a Solo Film – But as a Hero or a Villain?

The Eternals’ Next Appearance Could Win Over Naysayers

This speaks volumes for what fans could expect from the return of the Eternals. If people like Trevor Slattery and Emil Blonsky can withstand a box office bomb and become fan favorites in their later appearances, there is no reason this can’t happen for the Eternals. To be fair, Eternals was not as bad as critics made it out to be. The movie tried to do too much, the pace seemed off, going from the past to the present day, and things just seemed to rush to the final battle with Ikarus. However, despite this, the characters were all interesting and there was a lot to like about the movie despite the structural problems.

Marvel is bringing back old characters and giving them new life. Captain America: New World Order will see The Leader return, another character from The Incredible Hulk. There will also be more coming from the cosmos after James Gunn finishes up with Guardians of the Galaxy Vol. 3, which could help prepare a landing spot for the Eternals. There is a good reason to bring back the surviving Eternals, including Angelina Jolie’s Thena, Gemma Chan’s Sersi, Kumail Nanjiani’s Kingo and Brian Tyree Henry’s Phastos. There is also the loose end of Kit Harington’s Black Knight, who might be coming back in Blade. If the MCU can rehab its lesser villains in Phase Four, it should be able to bring back the Eternals with a flourish.