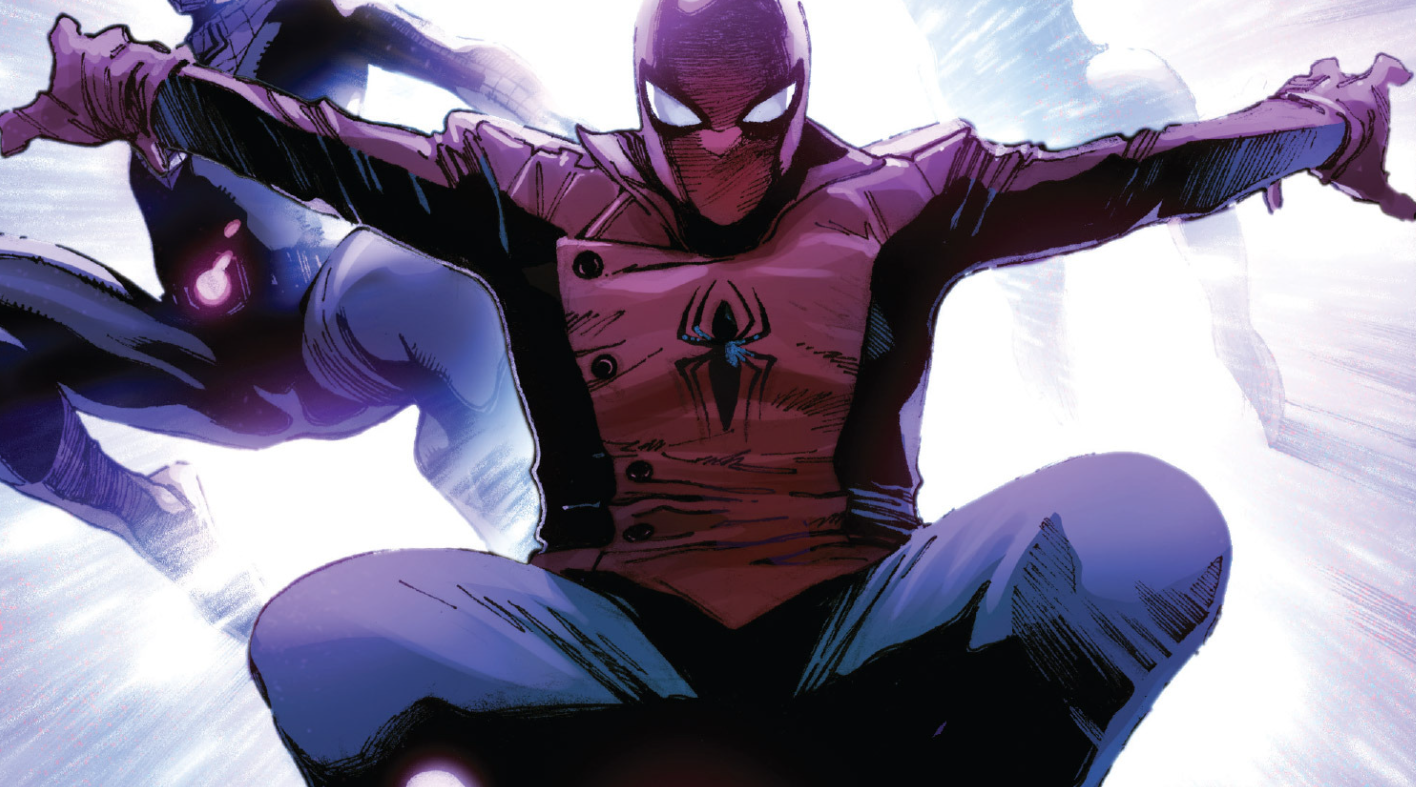 Across The Spider-Verse is set to be chock full of Spider themed variants from across the multiverse, but one Spider-Man may herald a dark evil.

The recent Across the Spider-Verse poster has been a treasure trove for Marvel Comic fans, with nearly hundreds of different Spider-Man cameos all from various comics, shows, and video games. However, while fans have been more focused on returning Spider-Men from beloved television shows, there is one variant of Spider-Man who could be essential to the story. This specific variant of the Wall-Crawler suggests that one of the most dangerous Spider-Man villains exists within the Sony Pictures Spider-Verse continuity.

The aforementioned Spider-Man is Ezekiel Sims — popularly referred to as ‘Old Man Spider’. Hailing from Earth-4, he is known for having heavy ties to a family of cosmic vampires known as ‘The Inheritors of the Multiverse.’ His existence within the film, cameo or otherwise, could herald the appearance of the most terrifying troop of villains in Spider-Man’s rogue’s gallery.

RELATED: The Saddest Element of End of the Spider-Verse’s Most Emotional Death

Who Is Old Man Spider?

Ezekiel Sims is a man who had investigated the notion of metahumans tied to animal totems, specifically those that tie to spiders. This led him to undergo a ritual within a South American temple that granted him the same powers as Spider-Man. However, with these powers came knowledge that a being known as Morlun was also traveling the multiverse in search of those tied to the Spider Totem. Needing to regularly feed on the life energy of others, Morlun murdered the Peter Parker of Earth-4 among other notable acts.

In the Edge of the Spider-Verse #5 (by Gerald Way, Jack Wyatt, and Ian Herring), Ezekiel had taken on the Earth-4 Peter’s identity as Spider-Man and learned that Morlun was but one member of a family of cosmic vampires that hunted Spider-Men and Women across the multiverse. Thus, he was recruited by William Braddock, also known as Spider-UK, to join a team of alternate spider themed heroes from across the multiverse to oppose the Inheritors before they devoured every last individual connected to the Spider Totem. Unfortunately, Ezekiel was mortally wounded by the Inheritor known as Daemos in Amazing Spider-Man #10 (by Dan Slott, Olivier Coipel, Wade von Grawbadger, and Justin Ponsor). But his allies would avenge him by eventually trapping the Inheritors in Earth-2145, a toxic wasteland that severely weakened the family of vampires.

RELATED: One Spider-Man Nemesis is Perfect to Conclude the Spider-Verse Trilogy

The Importance Of The Inheritors In Spider-Verse

This Edge of the Spider-Verse character had a major role in revealing the Inheritors existence to the rest of his multiversal compatriots, and he could again have that detrimental role within the story again. Or perhaps he will have no role within the movie’s story at all, and maybe neither will The Inheritors. But they would certainly be a vital addition after The Spot dazzles audiences as the main antagonist of Across the Spider-Verse.