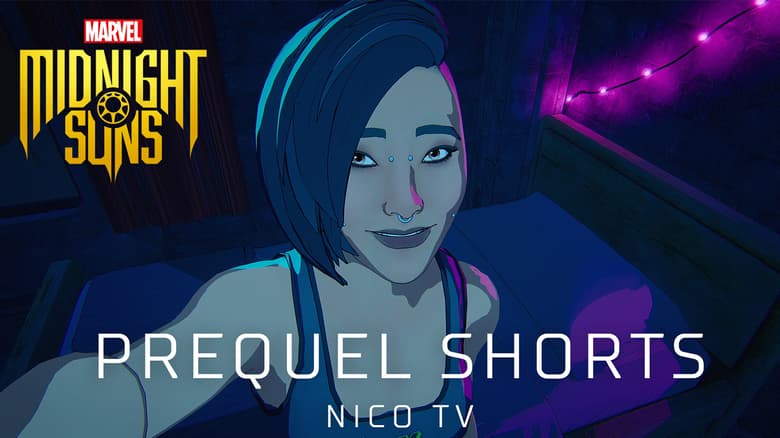 “So, yeah…I don’t know how I can contribute to this team. Not yet. But, you know what? None of that matters.”

Nico here! In a heartwarming video message to fellow Runaway Molly Hayes, Nico Minoru tries her best to understand her new Midnight Suns teammates. They’re not making things easy, though. Between Ilyana’s impenetrable demeanor, Blade’s insurmountable skills, and Robbie’s inconsolable homesickness, it’s kind of hard to strike up friendly conversation around these parts. But that doesn’t mean Nico won’t stop trying to bring this team together!

“I don’t need to be the best. What I can be for them is what you always were for us: the glue that keeps this team together…and that’s more than enough for me.”

Marvel’s Midnight Suns Prequel Shorts are a set of five short videos that provide backstory on how Lilith became the Mother of Demons, and how Super Heroes like Blade, Magik, Ghost Rider and Nico Minoru came together to form the young core of the Midnight Suns. In the final countdown to the game’s highly anticipated release on December 2, 2022, now’s your chance to catch up on the lore behind the game. As a bonus, join the Official Midnight Suns Newsletter and get the exclusive Blade Nightstalker Skin!

If you haven’t checked out the previous episodes yet, look no further than below!

Nico might be the youngest on the team, but she is the heart and soul of the Midnight Suns. She is THE glue that keeps this team together. Watch how Nico unites the team in our final Prequel Short, Nico TV…Check out the fifth and final episode now!