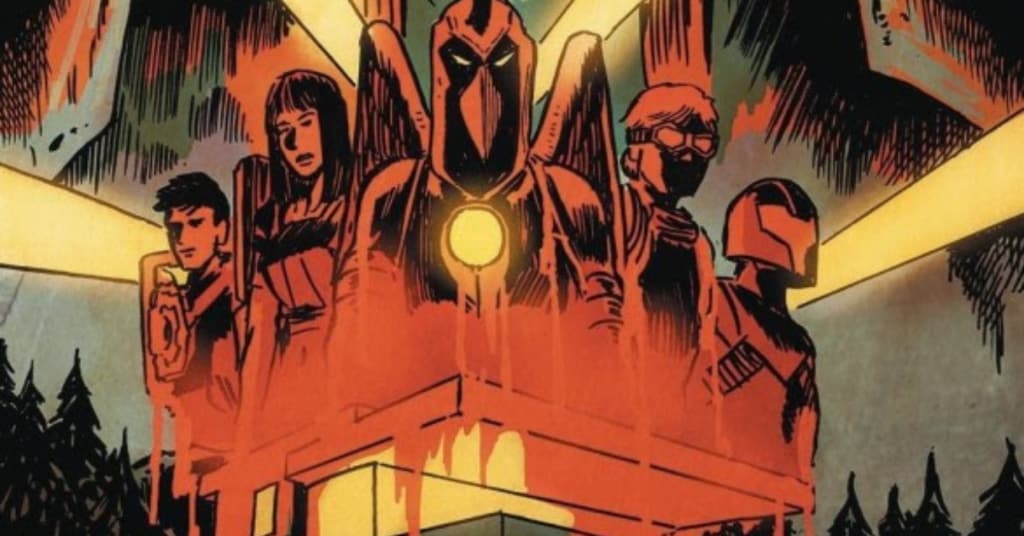 Image confirms that Rogues’ Gallery first arc, which concluded this week with issue #4, will be collected into a trade paperback. The collection is set for a release on December 5, gathering issues #1-4 of the series. The series is written by Hannah Rose May, based on a story developed by May and Declan Shalevy, with art by Justin Mason (Spider-Punk), colors by Triona Farrell (Shang-Chi), and letters from Hassan Otsmane-Elhaou (The Rush).

Rogues’ Gallery is also set for an upcoming TV adaption thanks to an option from Don Cheadle’s This Radicle Act production company, as previously reported by Deadline. The report stated “Cheadle has a first look with Industrial Media and the plan is to adapt Rogues’ Gallery into a TV series… May will serve as an EP and will be producing the series through her Weird Neighbour Productions banner alongside Cheadle, Karyn Smith-Forge and This Radicle Act.”

The series is a high octane, genre bent look into the toxicity of fandoms as Maisie Wade, an actress playing one of the biggest TV superheroes, is forced to defend herself against ‘fans’ cosplaying as her characters villains in a home invasion. The series is full of twists and turns as Maisie realizes there’s more going on than just an attempted theft by these cosplayers, and has to fight harder and harder to recover anything of her previous life and passion.

Image provided a synopsis and a preview of the upcoming trade paperback:

The series is perhaps best described as The Purge meets Scream. It is a pulse-pounding story that follows disenfranchised TV superhero actress Maisie Wade as she is terrorized by an unhinged group of intruders cosplaying her day job’s arch-villains. If Maisie is going to survive the night, she’ll need to be the hero she has come to despise. 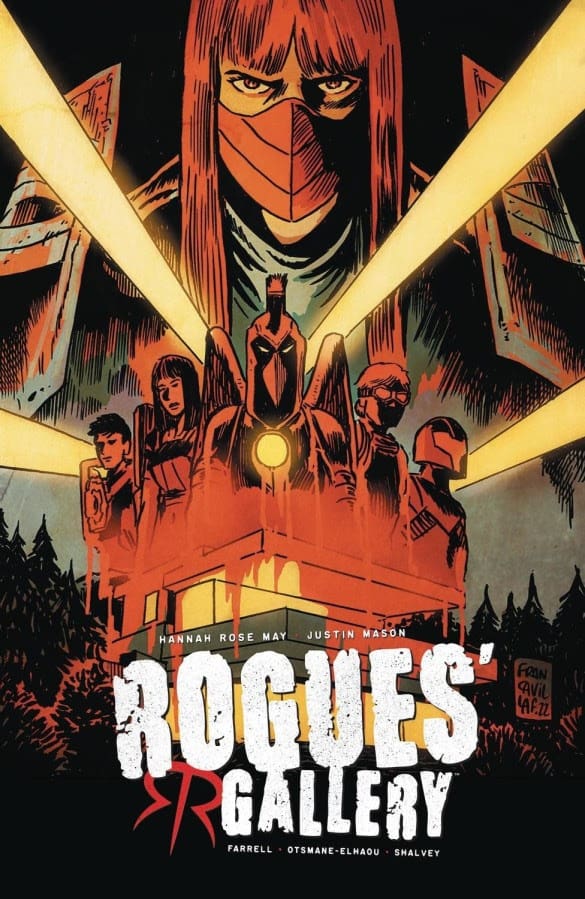 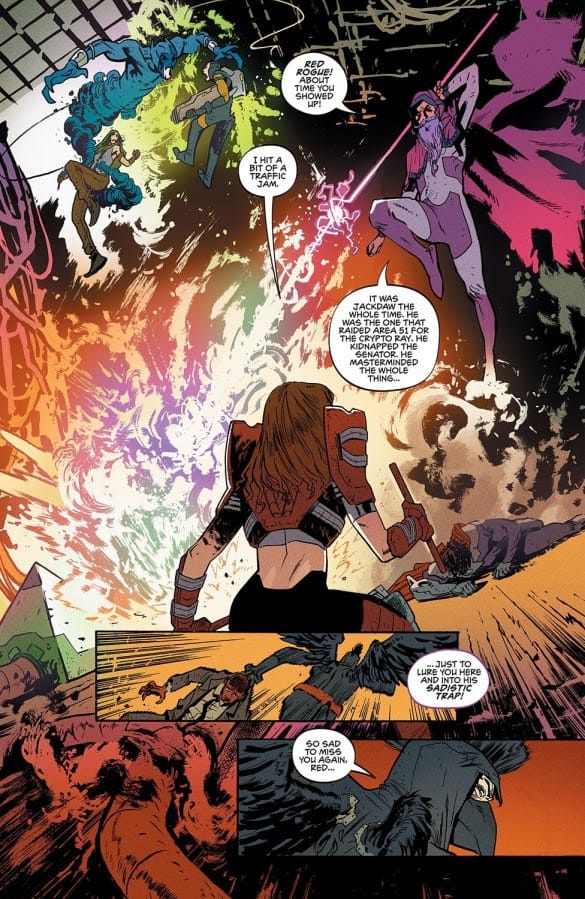 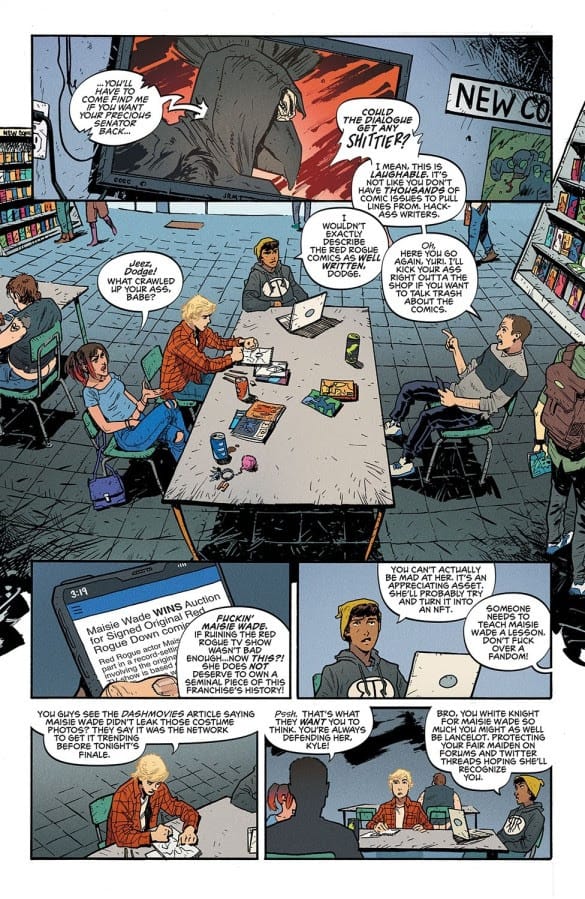 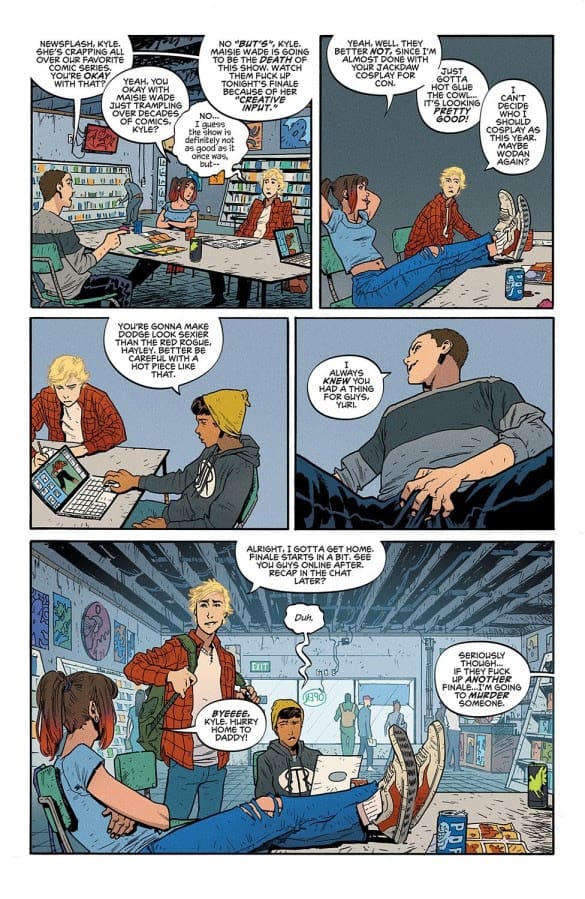 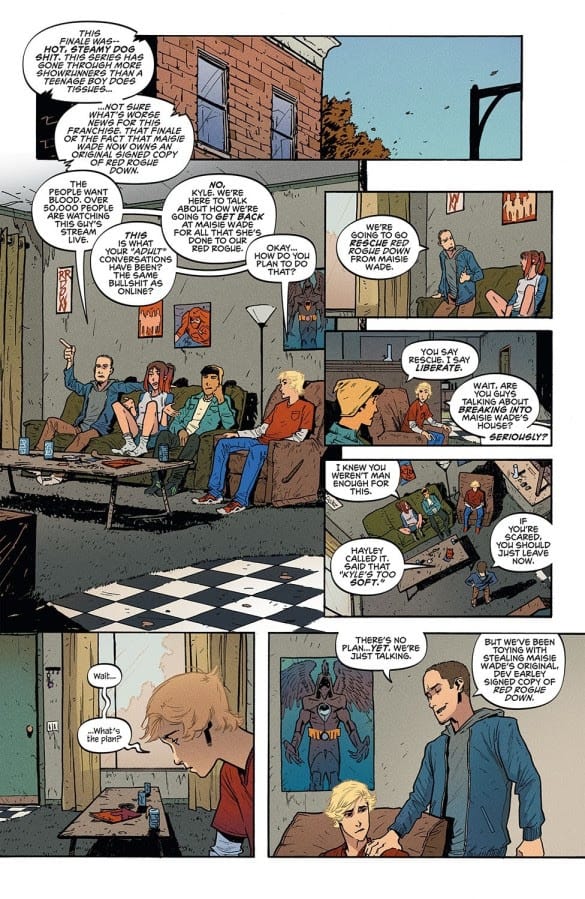 Rogues’ Gallery will also be available across many digital platforms, including Amazon Kindle, Apple Books, and Google Play.