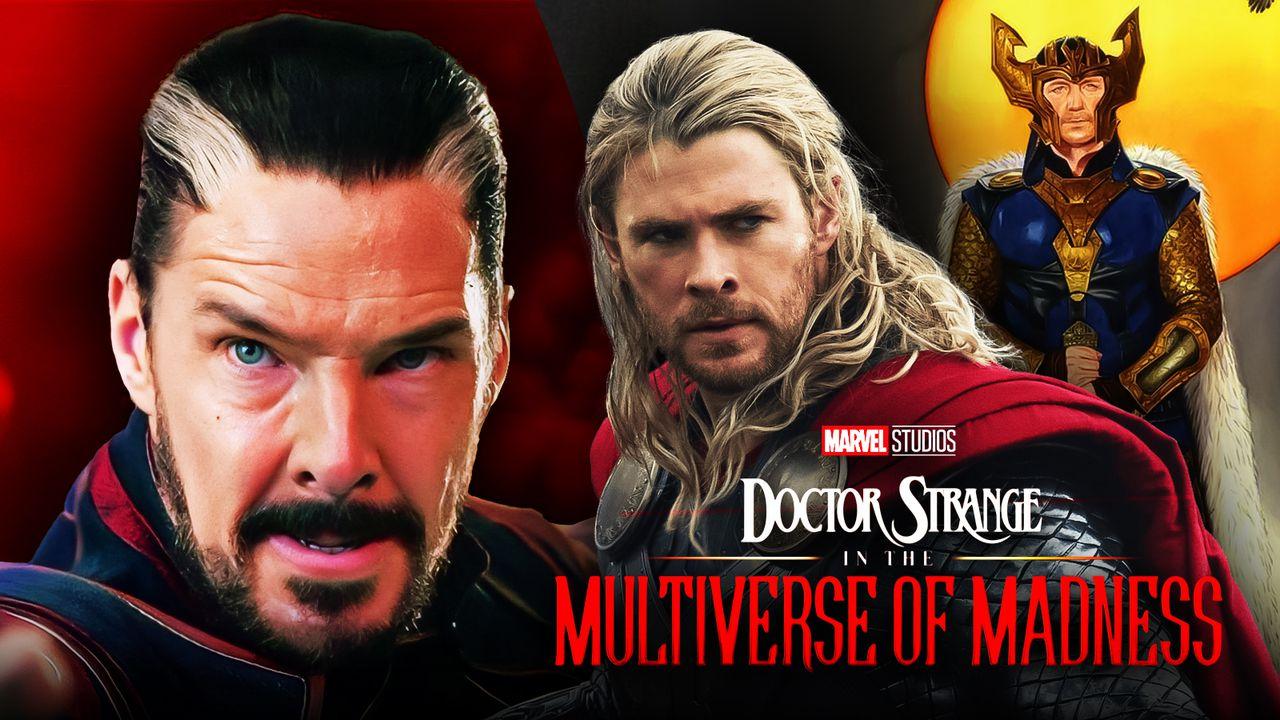 A new behind-the-scenes video from Doctor Strange in the Multiverse of Madness showed Thor’s underutilized brother, Balder the Brave, in a deleted MCU scene.

Doctor Strange 2 brought an exciting new set of characters to the forefront with the Illuminati, teasing just how vast the Multiverse truly is with appearances by Captain Carter, Reed Richards, and more. Unfortunately, they all met their end in gruesome fashion thanks to Wanda Maximoff’s assault on their compound, using her powers to take out five of the group’s six members without much effort at all.

Initially, the Illuminati was also supposed to feature Balder the Brave, with rumors having pointed to Marvel wanting James Bond star Daniel Craig to play the role.

Now, a new video teases what the MCU would have done with this mysterious character in a look back to Benedict Cumberbatch’s latest solo Doctor Strange movie.

CC Ice, Elizabeth Olsen’s stunt double, shared a behind-the-scenes video from Doctor Strange in the Multiverse of Madness with Insider.

This video shows a look at the scene featuring Wanda Maximoff as she kills off the Illuminati, with Elizabeth Olsen standing close to the green screen on the left side of the shot.

In the middle of the shot is a stand-in for Balder the Brave, who appears to have a sword in him as he perishes to his death. According to rumors, Wanda was going to convince Balder to commit suicide in front of the rest of the group by impaling himself with his sword.

In the comics, Balder is known as Thor’s half-brother from Asgard, and he’s often shown as one of the fastest and most agile warriors out of all in the Realm Eternal. He was originally meant to be part of the Illuminati in Doctor Strange 2, with rumors pointing to Daniel Craig playing the role, although he was cut out of the final movie.

Balder was one of a couple of potential members that didn’t make the final cut of Doctor Strange 2, which also almost included a take on Iron Monger from Iron Man.

In the end, the final team that Wanda took on consisted of Mr. Fantastic, Captain Carter, Black Bolt, and Maria Rambeau’s Captain Marvel.

Will Balder Join the MCU at a Later Date?

Thor and Loki have been mainstays in the MCU for longer than a decade at this point, although Balder has never gotten the same shine as his two Asgardian brethren. And even though Balder was left out of the final cut of Doctor Strange 2, this behind-the-scenes video teases just how close he was to making his MCU debut.

There’s always a chance that the hero will show up in later projects, particularly with Loki moving into the second season of his solo show on Disney+. And even though Doctor Strange doesn’t have another confirmed solo movie coming out for some time, fans are hoping to see more new MCU heroes like Balder pop up at every turn.

Doctor Strange in the Multiverse of Madness is now streaming on Disney+.