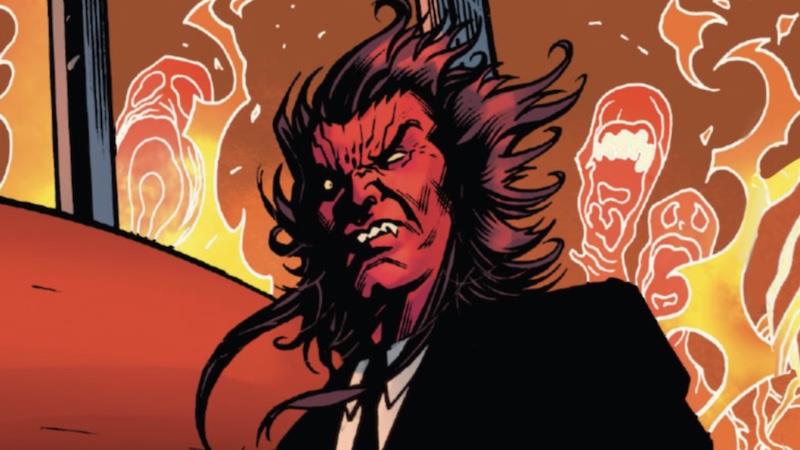 Deadline is reporting that voice actress Cree Summer is the latest addition to the cast of Ironheart. There’s no word on who she’s playing, though speculation is running rampant that hers could be the voice we hear inside Riri Williams’ suit.

After all, Ironheart will need a J.A.R.V.I.S., and her having a new A.I. makes more sense than Robert Downey Jr. reprising the role of Tony Stark to be Riri’s guide. That’s something fans would have liked to see, but Marvel Studios supposedly has bigger plans for the actor’s possible Iron Man return.

Here’s where the trade’s report gets really interesting, though.

They’ve already confirmed reports that Sacha Baron Cohen has signed up to star in Ironheart, though neither his nor Marvel Studios’ reps have responded to requests for comment. Now, it’s said the Borat actor will likely appear in episodes five and six, and “that there have been scans for CGI effects, which would indicate a superhero alter ego.”

That alter ego is thought to be Mephisto, and the demonic villain is far from a superhero! The trade also believes that’s who he’s been cast as, and we’re sure this will be the start of even bigger things to come for Cohen in the MCU.

Following WandaVision‘s release, fans made it clear they want to see Mephisto on screen. While it’s possible this was always the plan, Marvel Studios has clearly taken note, and Cohen looks set to put a suitably bonkers and sinister spin on the character that we’re sure will see him interact with all manner of heroes and villains on Earth-616.

It’s previously been reported that Ironheart will feature a clash of technology and magic, with The Hood probably striking a deal with the demon so he can acquire the powers needed to defeat the hero and establish a criminal empire. We have to imagine Mephisto has bigger ambitions than just helping him, though.

Ironheart is set to be released on Disney+ sometime in 2023.