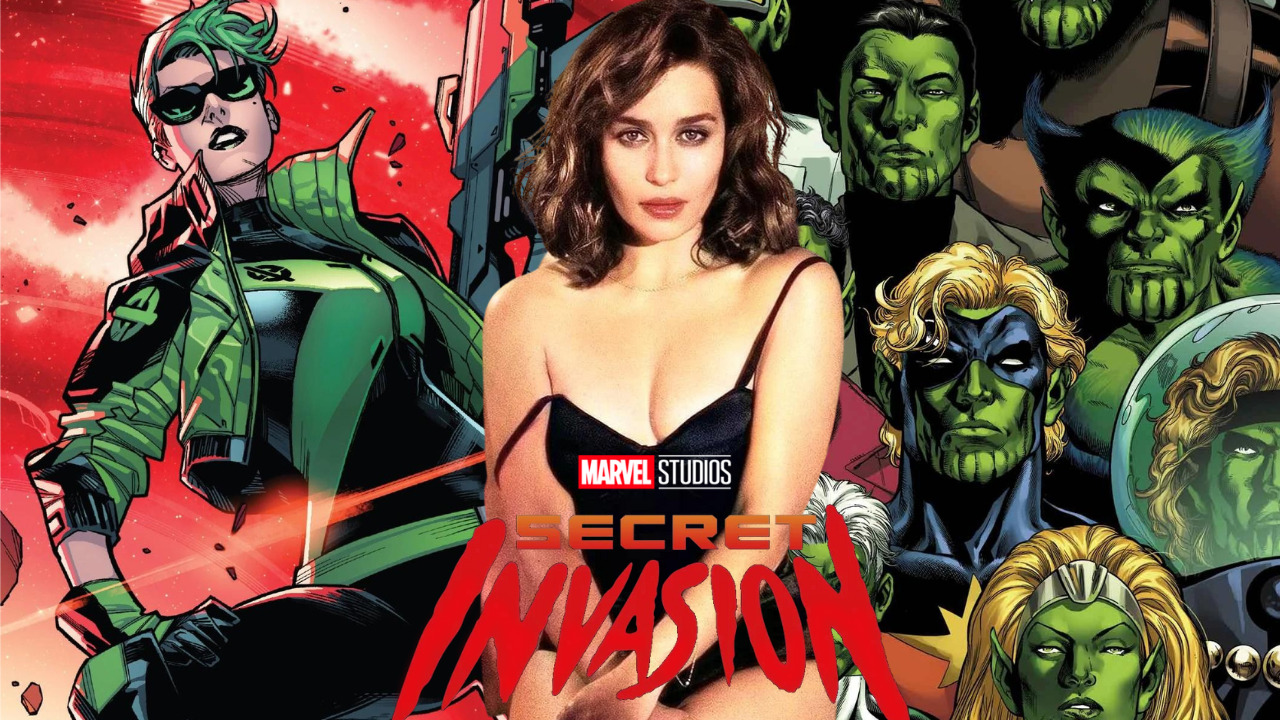 One of the major MCU events to impact the upcoming phases is expected to be the Secret Invasion. Although the storyline of the upcoming television adaptation of the well-known comic book series by Marvel Studios is still kept under wraps. A recent report might reveal who Emilia Clarke may be playing. A “Crossover Event Series,” with Nick Fury at its core, is what Marvel’s Secret Invasion is marketed as. According to the plot of the comic book, the Skrulls are a shape-shifting alien race that has invaded Earth’s Mightiest Superheroes. The Skrulls, who wanted to rule the Earth for their Empress, Veranke. They are ultimately stopped in a massive crossover event that involved many of Earth’s most powerful heroes. It appears that the MCU’s plot is essentially following the same concept as the comic book , with a few adjustments to allow for the adaptational modifications unique to the MCU, even though the Skrulls have been portrayed in the MCU more nobly as refugees instead of being evil.

Who Is Emilia Clarke In Secret Invasion ?

Emilia Clark On The Sets Of Secret Invasion

Emilia Clarke’s character may be seen uttering the words “It’s the beginning” in a GIF on the Secret Invasion page on Tenor.

When you look closely, you’ll notice that the post has the name “Abigail Brand” in the tag, which means that the actress is portraying Abigail Brand’s role in the MCU series.

The actress’ part is unknown, so this might be an oversight on the part of Disney and Clarke, who have been secretive about it.

Who is Abigail Brand In Marvel Comics ?

Many Fans Have Speculated About Emilia Clarke’s Secret Invasion Role, But New Leaks Suggests That  Abigail Brand Is The Part She’s Playing

In Marvel Comics, Abigail Brand is the head of SWORD, a division of SHIELD tasked with protecting Earth from dangers from other planets.

In events like the Secret Invasion from the comics, Brand had a significant part. Brand witnessed the Skrulls’ destruction of SWORD’s orbital base in that storyline.

Because of this, Brand hacked into a Skrull ship travelling to Earth in order to use the ship’s technology to get rid of the crew of the Skrulls. Following this successful attempt, Reed Richards was eventually let free to assist in assembling Earth’s heroes to stop the invasion.

Clarke is a good choice for the part as well. She previously played an action-packed role in Terminator: Genisys, where she took control of Sarah Connor. Her inclusion in the MCU will no doubt be very entertaining for viewers.