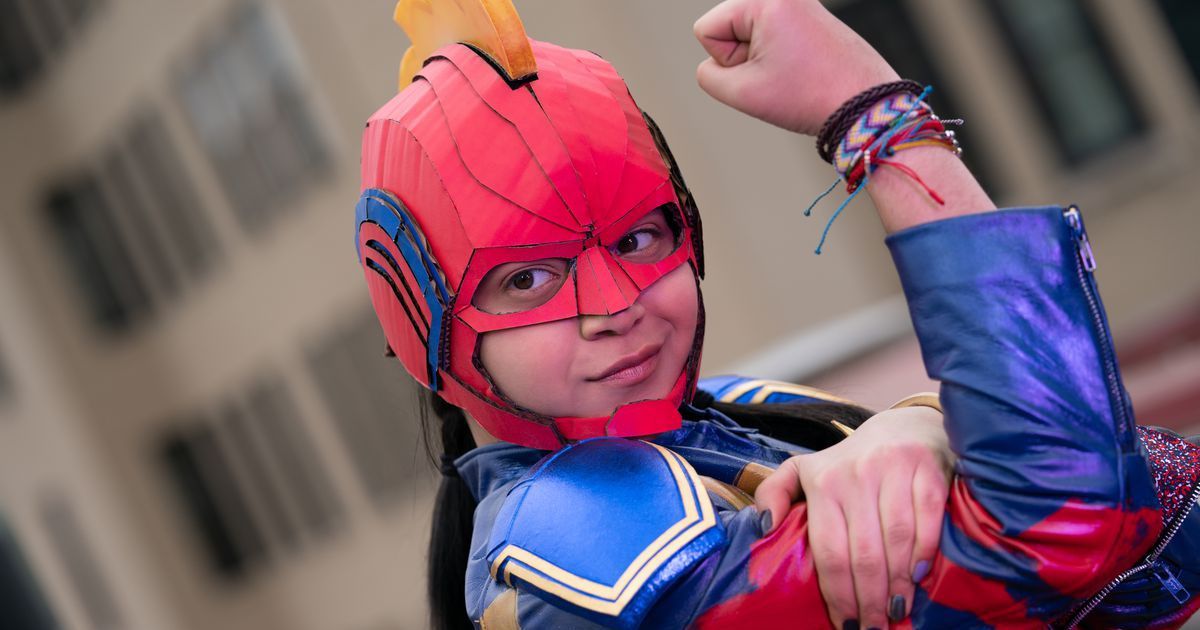 Thor has Mjölnir in the MCU, which helps him change between casual clothes and his Asgardian armor. Similarly, Jennifer Walters gracefully flows between her hulk-human metamorphosis in her designer suits and dresses. Peter Parker built his own suit, which was upgraded by Tony Stark’s suit enhancement technology. Each superhero in the franchise has a specific suit that reflects their abilities or their culture. The significance of the catsuits versus stealth suits goes far beyond making each superhero eye candy for fans.

In the early days of the MCU, costumes were as close to the comics as possible. Yet, costumes are more than a reflection of the values of that superhero; they are meant to be visually stunning. Each suit has its perks and spaces for improvement, whether it’s through technological means or on a personal level. For example, in Iron Man 3, Tony Stark coped with battling aliens by building an endless amount of suits that caused then-girlfriend Pepper Potts to be greatly concerned. Each suit Tony created was an improvement upon the last, whether it was a huge upgrade or a minor tweak. In an attempt to distance himself from a position that represented corruption, Steve Rogers ripped off the star on his costume, which fans noted in an assessment of his suit in Avengers: Infinity War. Finally, Kamala Khan’s suit reflects her Pakistani heritage. Here are the most significant superhero costumes in the MCU, explained.

Matt Murdock’s first days as a protector of Hell’s Kitchen meant he had to DIY his costume. To blend in with the shadows, he wore an all-black outfit. But as he took on Wilson Fisk and his cronies, he needed less DIY and more designer. Matt’s red suit is undeniably iconic, but fans lost their minds at the gold and red helmet sneak peek in She-Hulk: Attorney at Law. With each superhero, the MCU eventually does a throwback to the original comic costume in some way. Of course, the red and gold suit in She-Hulk is a definite upgrade from the formerly-Netflix red suit.

Even though the stealth suit from Captain America: The Winter Soldier is a fan favorite and a favorite of Chris Evans himself, each Captain America suit is an evolution from Steve Rogers’ USO get up. In the early days of Steve Rogers, he was selling war bonds to soldiers, wearing cotton shorts over leggings. While the fetching outfit worked for selling bonds, to become the man he was made to be, he needed a better suit. Facing Bucky, who had been brainwashed by Hydra, Steve used his original suit from when he rescued Bucky back in World War II to jog his memory.

The first woman superhero in the MCU has stealth suits that are enviable by superhero movie standards. Black Widow’s catsuits are made for a spy, with easy access to weapons. Natasha Romanoff’s costumes were fairly consistent in regard to their color schemes. But in her solo film, Black Widow, where she was on a non-Avengers path, she needed a different suit. The white suit signals a rebirth of Natasha as a spy and superhero. She is no longer haunted by her past as a Russian assassin or S.H.I.E.L.D. agent.

Another iconic red and gold suit-wearer, Tony Stark’s Iron Man costumes rarely go off color. Yet, Tony’s first suit in Iron Man, the Mark I, was silver. While the material he used was due to resources being fundamentally limited, the significance of the suit he and fellow captive Yinsen built is the cornerstone of Tony’s brilliance. After all, the Mark I suit is a marvel among suits because it protected Tony as he was literally shot out of a base and survived the landing in the desert sand.

Wanda’s color scheme rarely strayed from the maroon leather ensemble. However, after the Halloween episode of WandaVision, it was only a matter of time before Wanda would receive a new costume. A huge fan of the comics, actress Elizabeth Olsen helped design the outfit Scarlet Witch wears in the series finale. In an interview with ET Online, director Matt Shakman praised Olsen’s excitement and practicality with her input in the design of the costume.

Oscar Isaac was brilliant as Stephen/Marc/Jake in Moon Knight, but May Calamawy’s performance as Layla El-Faouly stole the show. When Layla becomes the Scarlet Scarab, her costume reflects the goddess Taweret. Costume designer Meghan Kasperlik revealed in her interview with Elle that she spent months studying Egypt and its ancient religions when designing the costumes. Kasperlik’s love for texture comes through with the Scarlet Scarab’s costume of layered gold and white.

Fans know that Mjölnir can summon a quick fashion as easily as it can funnel lightning thanks to Thor: Ragnarök. Which tracks with Jane’s ability to summon her armor as Thor in Thor: Love and Thunder. Her armor is a throwback to Thor’s original armor when he was young and guarded. Jane is guarding a deep secret against Thor, making her physical armor a metaphor.

The first Asian superhero film for Marvel came with a lot of pressure. Yet, the cultural references to Chinese culture in Shang-Chi and the Legend of the Ten Rings, according to Medium, are solid. Therefore, Shang-Chi’s red and black costume is a nod to his inner and outer struggle. In China, the color red is a sign of vitality and happiness, something Shang-Chi is stepping into. While black means authoritative, a sign that Shang-Chi is self-aware of his influence.

From his premiere in Captain America: Civil War, Chadwick Boseman’s T’Challa was a formidable force. His arc in the film was greater than any superhero arc at that point. T’Challa’s costume was also unseen. A catsuit made of vibranium that absorbed shock contained in a necklace that would collect data of all shock is something out of a science fiction novel. Essentially, Black Panther’s suit puts every Iron Man suit to shame. In Black Panther, we got a closer look at T’Challa’s habit.

Related: Every Black Panther Costume in the MCU Franchise, Ranked

When Carol is reunited with her best friend, Maria, she remembers who she was prior to being brainwashed. Before leaving Maria and her daughter, Monica, in Captain Marvel, she changes the color scheme of her costume with help from the young Rambeau. While the Kree used a monotone green outfit, Carol chose red, yellow, and blue to match her true self and her new mission. Red symbolizes energy, something Carol has in abundance. Yellow signals someone who is happy, another character trait. Finally, blue means purpose, which Carol has clarity with.

Kamala Khan’s outfit in Ms. Marvel is a double homage: first to her personal hero, Carol Danvers, then to her Pakistani heritage — though her initial superhero costume is not followed up by a super-suit. She is upgrading her costume based on what she can get her hands on. Kamala is unlike many Marvel superheroes: she has to hide her identity due to a multitude of risk factors.