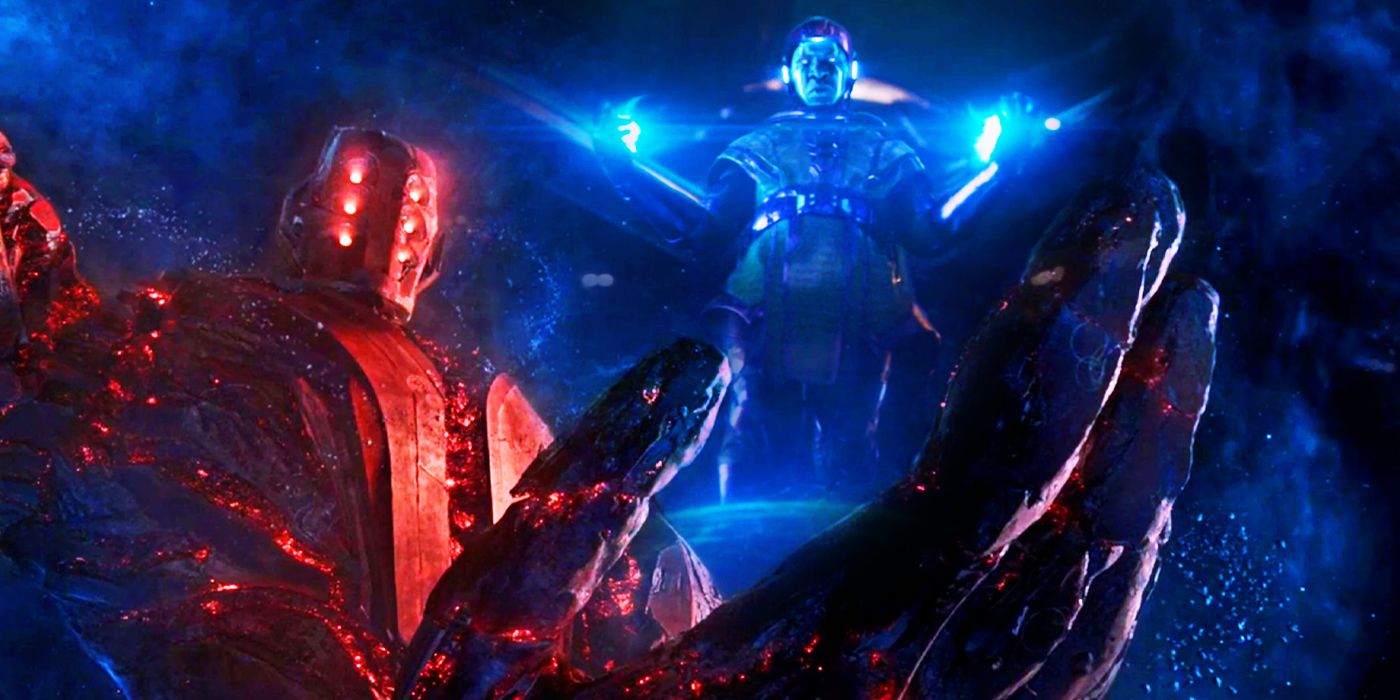 Is Kang the Conqueror using technology created by the Celestials? A theory suggests so based on the trailer for Ant-Man and the Wasp: Quantumania.

Kang is, officially, the main villain of the Marvel Cinematic Universe’s Multiverse Saga, but there’s a lot to learn from him, his origins, and his plans, and from what’s shown in the trailer for Ant-Man and the Wasp: Quantumania, he could be using Celestials technology. Phase 4 kicked off the exploration of the MCU’s multiverse, and the TV series Loki introduced concepts that are key to the understanding of it, as is that of variants – and through it, it gave the audience a taste of the true power of Kang the Conqueror (Jonathan Majors) and how dangerous he is.

Loki revealed that the one behind the Time Variance Authority was He Who Remains, a variant of Kang, but after he was killed by Sylvie (Sophia Di Martino), Kang took over the TVA and more. Kang the Conqueror will be properly introduced in Ant-Man and the Wasp: Quantumania, as Scott Lang (Paul Rudd), Hope van Dyne (Evangeline Lilly), Cassie Lang (Kathryn Newton), and company will go on an adventure through the Quantum Realm, where Kang resides. As such, details about Kang’s backstory and true plans are unknown, but some details from the trailer for Ant-Man and the Wasp: Quantumania could hint at Kang using Celestial technology, which could have big consequences in the MCU.

Related: Kang Is Too Powerful To Fight Ant-Man (& That’s Why He’s Perfect)

A theory posted on Reddit suggests that a big part of Kang’s power comes from the Celestials. In the trailer for Ant-Man and the Wasp: Quantumania, there’s a brief look at Kang placing a crystalline ball into a machine, which has a similar design to the technology seen in the World Forge in the Eternals. The World Forge is the place where the Celestial Arishem the Judge creates the Eternals, and it also houses the Wall of Memories. A recreation of the World Forge was shown to Sersi (Gemma Chan) by Arishem to explain to her the origin of the Eternals and what happens to them after every mission, and this place has a very distinctive design.

The author of the theory found that the crystalline ball used by Kang looks like the crystals seen in the Wall of Memories, thus hinting at Kang using Celestial technology in the Quantum Realm. Kang could be using the memories of an Eternal to power something in the Quantum Realm, or it might be a different crystal also created with Celestial technology and for a different purpose unrelated to storing the memories of an Eternal. Of course, given the lack of information on what Kang’s plans truly are, it’s hard to deduce what he could be using Celestial technology for, but it does raise a couple of questions about Kang and the Celestials, such as how he got it (did he steal it or did they give it to him?) and what the relationship between these powerful beings is.

Do The MCU’s Celestials Know About Kang & The TVA?

The Celestials are the oldest race in the universe, and they are entities with vast matter and energy manipulation abilities. They were present long before the dawn of creation and are responsible for the Big Bang and for creating planets, stars, and lifeforms that brought light into the universe. The Celestials, then, are some of the most powerful beings in the MCU, but Kang is also very powerful as he’s a multiversal being.

Related: Eternals Hints Kang The Conqueror Is Even More Powerful Than Celestials

What Kang Using Celestials Technology Means For The MCU

A different theory suggests that the Celestials and the MCU’s gods participated in the multiversal war between Kang’s variants. Once He Who Remains won the battle, Celestials and gods sided with him and agreed to his plans and the creation of the TVA, thus staying away from all human issues, wars, and more. If the Celestials had already sided with a Kang variant, it’s possible that Kang took He Who Remains’ Celestials technology, but it could also be that Kang now counts on the Celestials as allies. This would make the upcoming crossover events Avengers: The Kang Dynasty and Avengers: Secret Wars even more complex, as Kang will have some of the most powerful beings in the universe on his side, making him an even bigger threat that the MCU heroes will struggle to defeat.

Next: Kang The Conqueror Proves Vision Was Right In Captain America: Civil War