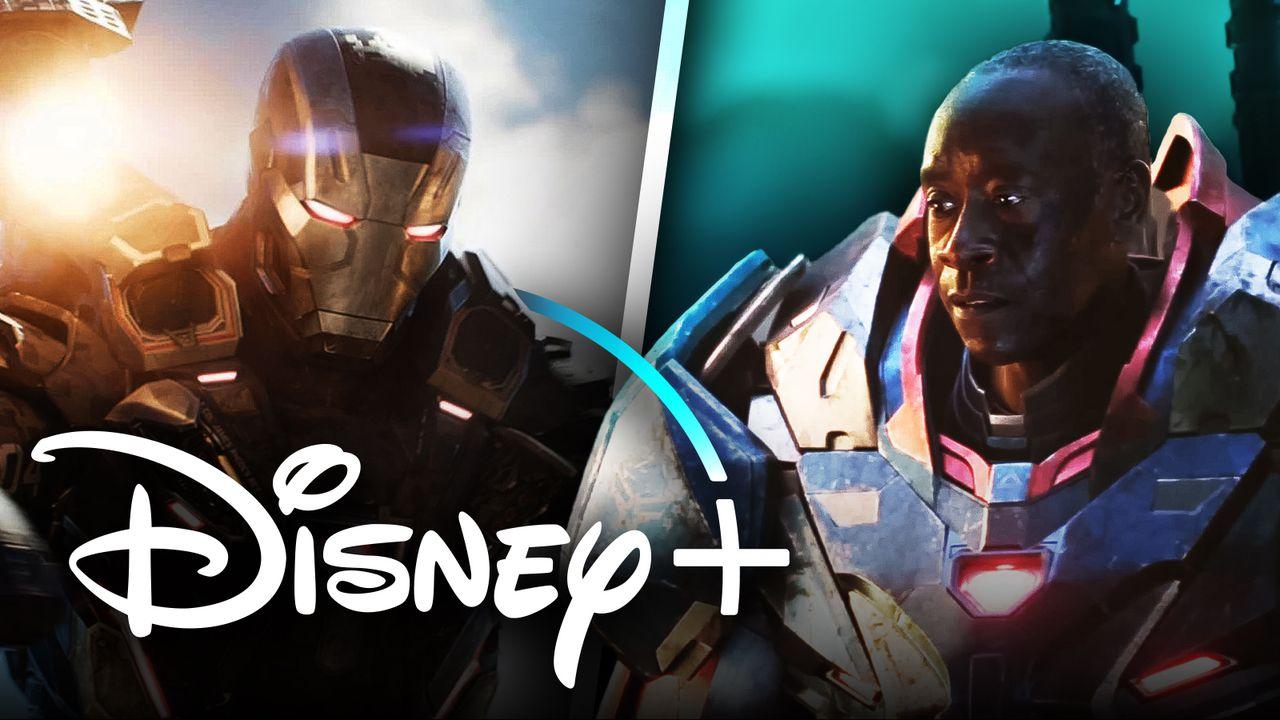 The Don Cheadle-led Armor Wars has been making headlines lately as the former streaming series makes the jump from Disney+ to the big screen, causing many to question why exactly the decision was made.

In September, after months of radio silence on the project, it was reported that the armor-clad Marvel adventure (featuring the franchise’s oldest leading man) would be developed as a full-fledged MCU blockbuster. This came as a monumental shift with the plans changing Armor Wars to a movie than a series akin to WandaVision or Loki.

When news of the transition broke, The Hollywood Reporter revealed this was done in an effort to “[get] the story told the right way,” something Marvel had decided it could not do on Disney+.

Now, months later someone from the Hollywood giant has directly addressed the decision, breaking down why Armor Wars abandoned its streaming plan.

Why Armor Wars Changed from a Show to a Movie

Speaking on The Ringer’s The Town podcast, Marvel executive Nate Moore spoke on why a Disney+ release was abandoned for Armor Wars.

Moore told The Town host and Puck.com journalist Matt Belloni that “there were some great ideas” that were being thrown around for the Armor Wars series that ultimately felt “too big for [the] show:”

Matt Belloni: “So let’s use a real world example, I saw recently that you switched the development of the War Machine TV show to a movie, how does a decision like that come about, and what’s the process, and what are some of the guide posts that say, ’Oh, this is a movie. This is not a show.’”

Nate Moore: “Yeah, I mean in that case, there were some great ideas that were coming out for that show but that, to be quite honest, felt too big for that show.”

The Marvel Studios exec followed this up by noting that “Our Disney+ shows are awesome,” but “the budgets are not the same as the features.” So when the creative team was talking about “a show that wants to be about seeing all the cool armors” and “Don Cheadle interacting with all these armors,” that became “cost-prohibitive to do as a [series]:”

Moore: “Kind of both. Kind of conceptually and from a… Our Disney+ shows are awesome and we love them, but the budgets are not the same as the features, that’s not secret. And when you’re talking about a show that wants to be about seeing all the cool armors, and Don Cheadle interacting with all these armors, and the legacy of Tony Stark, that became cost-prohibitive to do as a show.

Moore said that they “realized as a feature” Armor Wars could not only “get into some of the beautiful imagery that is from [the Marvel Comics],” but they could also “leverage the ideas of [the] movie that affect other movies down the line:”

“And we realized as a feature, not only can we get into some of the beautiful imagery that is from publishing and there’s certainly an Armor Wars run, but also there’s ways then to leverage the ideas of that movie that affect other movies down the line. So it becomes a multiplication really of, once you figure out what is cool about something…

He lamented that this move is one of the benefits of working at Marvel Studios, remarking that “what is cool about [the studio] is” being able to “get excited about [something]” and just start “riffing,” resulting in all sorts of ideas like the Armor Wars Disney+ jump:

“Because I think what is cool about this place is, I get excited about it and typically, my colleagues will also get excited about it and you’ll just start riffing. And you’re like, ‘Oh, if that’s true, what can we do over here? If you’re gonna do that, oh, now that means we can do this other thing.’ And I think that collaboration is pretty cool.”

Why Armor Wars Needs to Be a Movie

So it seems, at least by judging from Nate Moore’s comments above, that Armor Wars simply could not be a streaming series with the way development was going. The producer noted how the Don Cheadle-led armored adventure was getting bigger and bigger, and it was simply going to be too cost-prohibitive to keep it on Disney’s streamer.

And all that makes sense. The scale of something like an Armor Wars story is one that just cannot be tackled in a cost-effective way on Disney+. While Marvel Studios likes to give off the impression that its streaming series are just as big and important as its tentpole blockbusters, that is simply not true.

With the way the industry is currently structured, if a project is going to need the financial backing that something like Armor Wars seemingly will, then the only way it is going to happen is on the big screen.

It is a sad fact, and one that maybe one day is not the case, but as long as the MCU’s theatrical releases continue to line Disney’s pockets, while the streaming projects do so to a lesser degree, something like an Armor Wars will only make sense on the silver screen and not the streaming home page.

Armor Wars currently has no official release date, with development continuing on the MCU blockbuster.