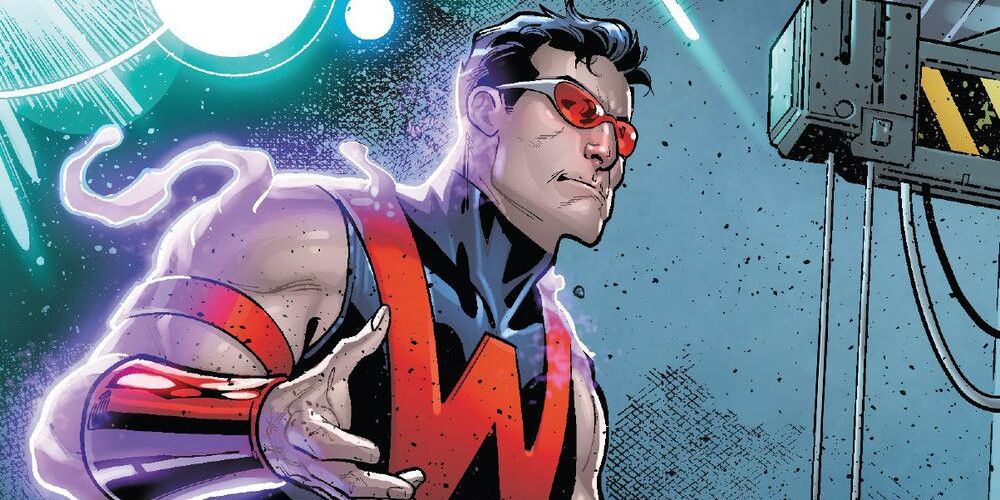 Marvel’s planned Wonder Man show may have a release window that lands it on Disney+ sometime in late 2023.

Andrew Guest, who joined the upcoming Marvel Cinematic Universe show as its head writer, listed on his Writer’s Guild of America page that Wonder Man is scheduled to come out during the 2023-2024 season. Guest is an MCU veteran who’s previously worked as a writer on Marvel’s Hawkeye series, and he’s also written for sitcoms like Brooklyn Nine-Nine and Community. There is currently no official announcement from Marvel regarding the show’s release date.

An MCU-set show featuring the lesser known superhero Wonder Man was quietly announced back in June. Shang-Chi and the Legend of the Ten Rings director and writer Destin Daniel Cretton will be executive producing the show and likely directing episodes. Yahya Abdul-Mateen II will star as the wealthy, energy-imbued superhero Simon Williams/Wonder Man, after previously playing Black Manta in Aquaman and Sister Night’s husband Cal in HBO’s Watchmen show. It’s also confirmed that Ben Kingsley will be returning once again as Trevor Slattery, the eccentric actor and fake Mandarin who appeared as comic relief in Iron Man 3 and Shang-Chi. Courtney Cox and Bob Odenkirk are also reportedly in talks to appear on the show.

Created by Stan Lee, Jack Kirby and Don Heck back in Avengers #9 in 1964, Wonder Man has played a number of different roles in the Marvel Comics universe. Simon Williams was a wealthy heir who lost his money after competition from Stark Industries ruined his father’s business. Accepting an offer from Baron Zemo, Simon was transformed into the ion-powered supervillain Wonder Man, with the powers of flight and energy manipulation. While he fights the Avengers for a little while, he eventually turns good and becomes a founding member of the West Coast Avengers. In more recent comic arcs, he’s a Hollywood stuntman and actor.

Wonder Man almost appeared very briefly in the MCU several years ago, played by a different actor. Cut scenes from James Gunn’s Guardians of the Galaxy Vol. 2 included an Earth film festival with posters for fake movies starring fictional actor Simon Williams. Here, he was played by Firefly star Nathan Fillion, who has shown up in some capacity in many of Gunn’s movies. While Fillion was recast for the upcoming show, he appeared in Gunn’s The Suicide Squad as The Detachable Kid, who had the odd power to psychically remove his limbs — a reference to the very minor Legion of Super-Heroes character Arm-Fall-Off-Boy.

Wonder Man is currently expected to come out in late 2023, although an official release date has not yet been announced.