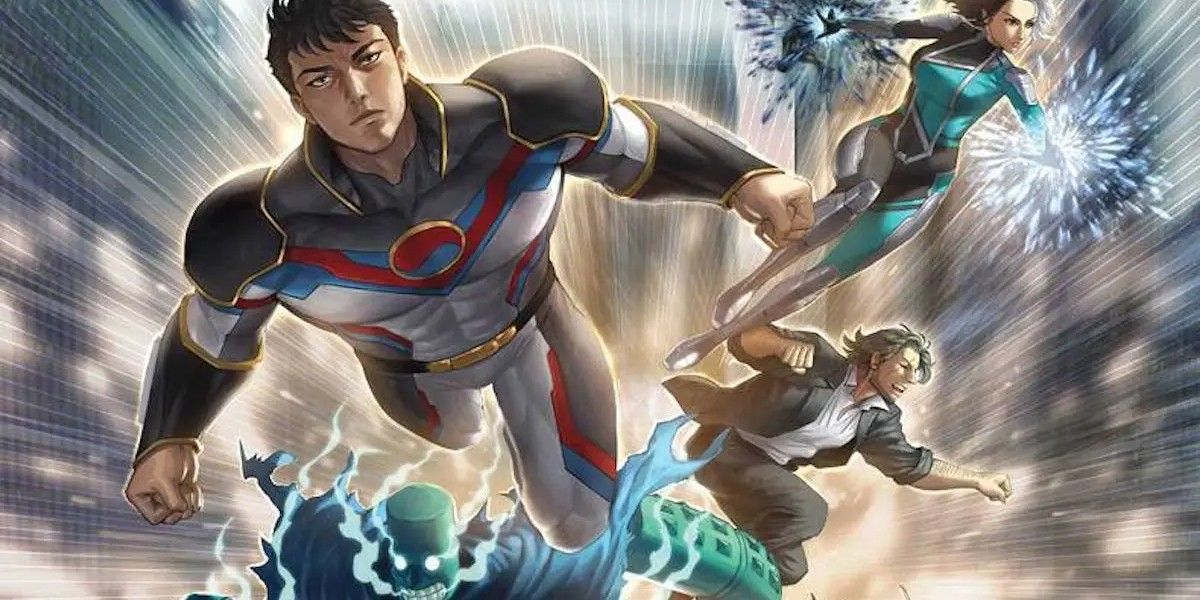 Marvel Comics has created amazing lineups for many teams like the West Coast Avengers, New Mutants, and Thunderbolts. Recently, a new team has been established in South Korea known as Tiger Division. Ami Han A.K.A White Fox is the leader of this team. Other notable heroes in the Tiger Division include K-Pop singer, Luna Snow, and Taegukgi, one of the team’s heavy hitters and regarded as the heart of the team. There is also sorceress Lady Bright, a demigod named Mr. Enigma, and two unique synthetics named Gun-R II and The General.

Together, the team works for the National Intelligence Service or NIS for short. This organization is similar to S.H.I.E.L.D., as they also monitor threats and send reinforcements as needed. Each teammate has their own specific set of skills that have made them public figures in South Korea, having fought enemies like Taskmaster. White Fox also worked alongside Earth’s Mightiest Heroes in the Avengers: Electric Rain Infinity comic (by Young Hoon Ko), where she worked with the team to solve a mystery involving sentient buildings.

During their first appearance in Taskmaster #3 (by Jed Mackay, Alessandro Vitti, and Guru-eFX), the notorious mercenary was sent to obtain the kinesic signatures of White Fox. Despite the fact that he did obtain her signature, the team fought against him and his commissioned terrorists, forcing him to retreat in the end. In Black Cat Annual #1 (by Jed Mackay, Juan Ferreyra, Joey Vazquez, and Ferran Delgado), Felicia Hardy was recruited to help the Tiger Division stop the Choi Faction from taking over the country. The gangsters had enlisted a body snatcher named Mongdal to take over Taegukgi’s mind. Despite the efforts of the team to incapacitate their teammate, it was met with little success until White Fox and Black Cat managed to disrupt Mongdal long enough for the national hero to regain his faculties.

In the first comic of their solo series, Tiger Division #1 (by Emily Kim, Creees Lee, Yen Nitro, and VC’s Ariana Maher), the team works together to save a ferry boat ride gone awry. Later, they are tasked with finding a missing Psylot Gem. Unfortunately by the end, the team walks into a trap set by an unknown group. No matter what situation the team finds themselves in though, they always manage to come out on top. Their cohesiveness as a team is something to marvel at, as many times the Avengers themselves get into disagreements that tear the team apart. The team shares similar goals of wishing to help others and protect their country, which could take them far in the future. Perhaps they could even work alongside the Avengers.

RELATED: Damage Control Would Make a Good Disney+ Show- and Save Its MCU Reputation

Thanks to his tremendous abilities, Taegukgi has been compared to the likes of Hyperion regarding power. He’s also a representative and symbol for the South Korean people in the comic book universe. This is similar to Captain America as the symbol for the United States and Red Guardian as a symbol for Russia. Exploring the idea of superheroes across multiple cultures and countries would be an excellent idea for the MCU to do. Marvel has already explored such themes and heroes in movies like Shang-Chi and has had much success.

Characters like Lady Bright, Mr. Enigma, and White Fox have abilities based on magic. Many films or TV shows in the MCU, such as WandaVision, Loki, and Doctor Strange: Multiverse of Madness, have heavy focuses on magic, so there is definitely a place for these characters. While the comic is still new, the members of Tiger Division could still make an appearance in the MCU. Their dynamics as a team are still in the works, but it’s something that could be explored either in a movie or a TV show. Now that the Avengers are currently in shambles, perhaps Tiger Division could be the team that rises to the occasion to restore order to the MCU.