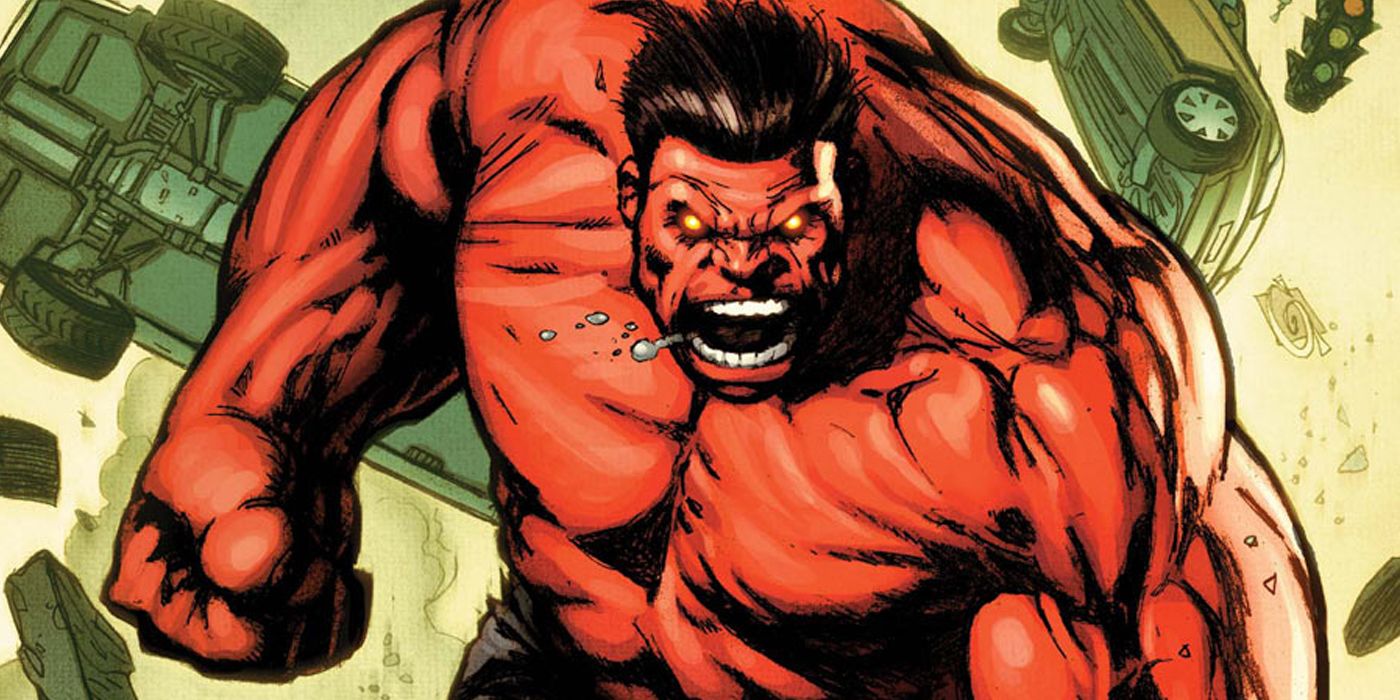 One of the most fiery foes to face the Hulk and the Marvel Universe is his scarlet-colored counterpart, the Red Hulk. An alternate form of General Thunderbolt Ross, the Red Hulk is the fruition of his longstanding feud with Bruce Banner’s gamma-irradiated alter ego. Beyond Ross, however, there have also been other Red Hulks raging in Marvel Comics.

Interest in the character has increased with the pending return of Ross to the Marvel Cinematic Universe. Whether this will see the Red Hulk join the movies is still unknown, but the character already has a strong history in comics, despite being less than 20 years old. For those who want to understand as much about the villain as possible, here’s what they should know about Red Hulk, the angriest color of the Hulk yet.

Who Are the Red Hulks in the Marvel Universe?

The first Red Hulk appeared in Hulk #1 in 2008, though his debut was actually in the Silver Age of Comics. The character was also known as “Rulk,” and his red hue was a manifestation of his greatest difference from the normal Hulk. Whereas Hulk gets stronger the angrier he gets, Red Hulk’s rage is matched with heat generated from his body, the likes of which can be extremely dangerous. Nevertheless, Rulk was extremely powerful, easily defeating any opponent who stood in his way and pulling off seemingly impossible feats such as beating the Asgardian Thor and lifting his hammer. For the longest while, this Hulk’s identity was unknown, though it was finally revealed that he was Thunderbolt Ross. This old enemy of Bruce Banner (and his former stepfather) had undergone the procedure to become Red Hulk to finally be able to combat him, even killing a decoy of himself to convince the world that he was dead.

Red Hulk would later be injected with a serum that forcibly reverted him to Thunderbolt Ross. General Robert Maverick would be the second person to become the Red Hulk, having been chosen by a heroic version of AIM to become a being “halfway to a Hulk.” As with Ross’ Red Hulk, the general retained his intelligence when taking on the form. The main difference is that Maverick can only become Red Hulk for one hour thanks to a Hulk plug-in device, a fact that the original Hulk used to his advantage when they fought. Another version of the Red Hulk debuted in the now iconic series Immortal Hulk, though this was a new form of Banner’s Joe Fixit Hulk persona.

RELATED: Hulk: How Did the Avenger REALLY End Up on Sakaar?

The Powers and Abilities of the Red Hulk

Red Hulk shares Hulk’s vast physical strength and faculties, albeit with the aforementioned caveats of remaining intelligent and substituting extra power for heat. His maintaining the same personality as Ross/Maverick is something that Banner only accomplished as Professor Hulk after several years, and given their mutual military prowess and expertise, this makes the Red Hulk extremely dangerous even beyond his powers. The Red Hulk can also absorb the gamma radiation from the Hulk, turning him back into Banner, as well as cosmic radiation from sources such as the Power Cosmic itself.

The upper limits of Red Hulk’s heat are still unknown, but in one of his earliest fights, the heat he generated in a desert turned the area into a disc of glass. His greatest strength is also one of his only weaknesses, however. The Red Hulk doesn’t have a cooling mechanism in his body, meaning that he can easily tire out from overheating himself. Likewise, there are some forms of energy that even he can’t safely absorb, namely the energy of the Negative Zone.

RELATED: The Hulk Is About to Become Marvel’s Newest King

The second volume of Hulk (sans the adjective Incredible) was initially handled by Jeph Loeb, Frank Cho and Arthur Adams, and it’s this run where Red Hulk got his start. The controversial story arc was noted for its great art and confusing storytelling, the latter of which only heightened the mystery of who the Red Hulk was. It’s interesting mainly to see how the character was introduced, though some still feel that it had huge ramifications for the world of the Hulk.

World War Hulks Revealed the Origin of the Red Hulk

As its name might suggest, World War Hulks was the third part of the narrative trilogy that began with the iconic Planet Hulk and continued in World War Hulk. By this point, there had been numerous “Hulks” added to the Marvel Universe, and the storyline coincided with Fall of the Hulks which was meant to cull their number. It also revealed the identity of Red Hulk and the Red She-Hulk, the latter of whom had a special connection to the Rulk.

Written and drawn by Al Ewing and Paco Medina, U.S. Avengers saw the formation of a new superhero team with a somewhat patriotic theme. Thus, it made sense that their new Red Hulk was a general just like the first one. This Red Hulk was an outright heroic character, however, using his powers to assist his teammates. Unfortunately, he also battles with nanites that briefly control him, and his search for freedom from their grasp is a central part of the series’ story.

Al Ewing and Joe Bennett’s Immortal Hulk is one of the most successful and well-regarded series from Marvel Comics in years, with the body horror series taking various elements of the Hulk’s history and radically embracing and adding onto each of them. One of the several personalities of Banner’s that shows up in the series is that of the thuggish Grey Hulk, aka Joe Fixit. Toward the end of the 50-issue series (issues #45 to #49), a new form is given to Joe Fixit — the Red Hulk. This take on the character is a bit different, namely because Joe transformed when he was in the Below-Place, which was essentially the Hulk’s version of Hell. While his role isn’t huge in the series, Red Hulk’s appearance caps off Hulk’s finest hour, so reading Immortal Hulk is a must for fans of any color of the monster.

Getting caught up with comic book characters is still a hard feat, especially when there are multiple names behind the mantle. Thus, here’s a list of the latest articles from CBR that talk about and flesh out the Red Hulk. It isn’t the full list of what the site has covered concerning the character, but it’s a great way to figure out what Red Hulk has been up to lately:

An Avatar Star Would Make a Perfect MCU Red Hulk

Eternals: Why the MCU’s ‘Superman’ Started a Fight With a Hulk

MCU Theory: Marvel’s Strongest Hulks Are Coming – and That Could Change Phase 5