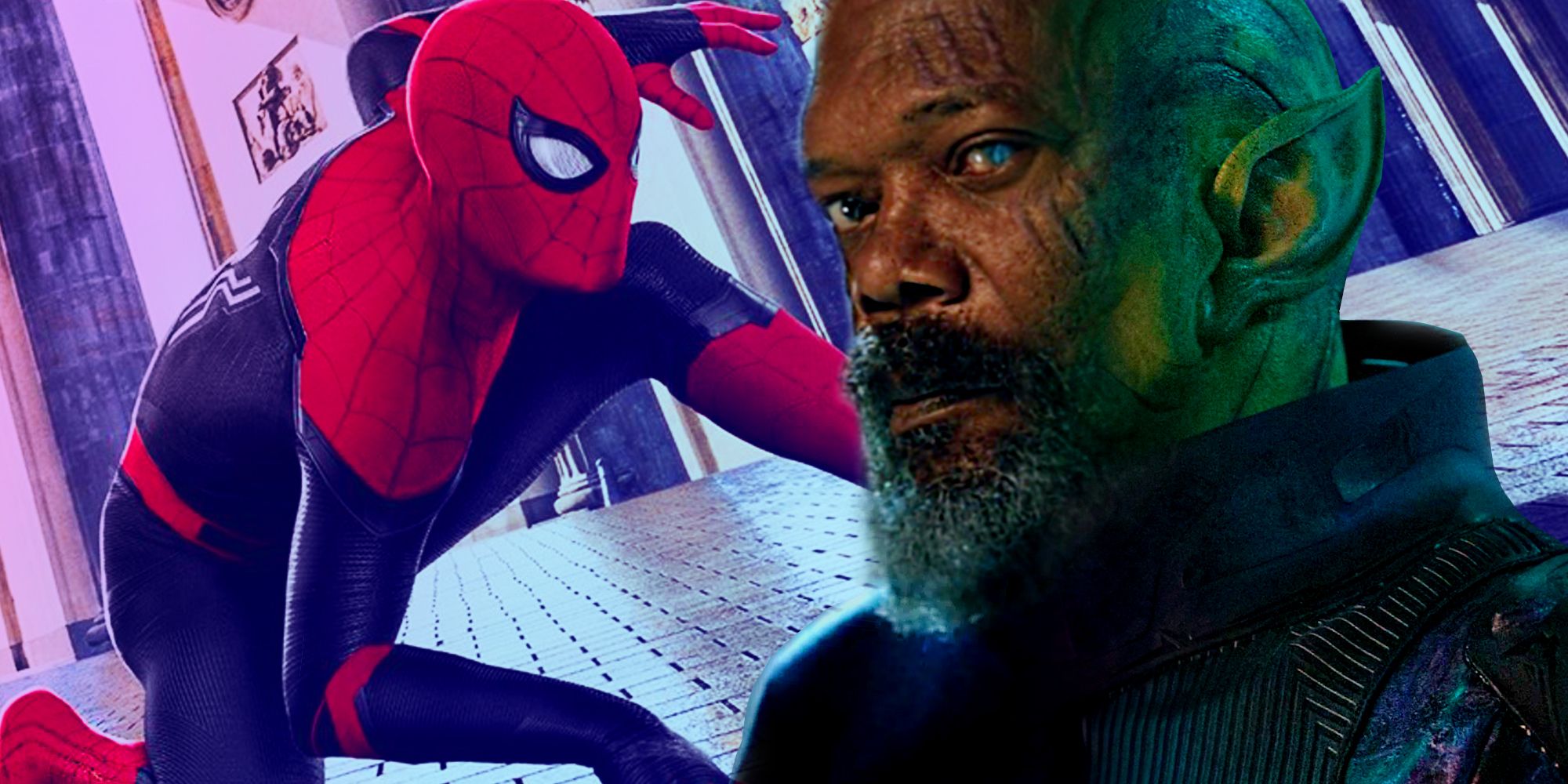 Secret Invasion was teased as far back as Spider-Man: Far From Home, with a line that suggests big changes for the MCU’s version of events.

Marvel’s upcoming Secret Invasion series was teased as far back as Spider-Man: Far From Home. In the 2019 film, it’s revealed that Nick Fury has been off-world, while Skrulls have been taking the place of certain member’s of Fury’s crew, including Fury and Maria Hill. During a conversation between the two, Nick Fury (The Skrull leader, Talos) and Maria Hill (Talos’ wife, Soren) they mention that they thought “the Kree sleeper cells were supposed to be a secret.” Initially it was just a throwaway line, but with Secret Invasion right around the corner, this line is becoming more and more interesting.

Secret Invasion will be the first MCU series to focus on Nick Fury, with an interesting backdrop. In Marvel Comics, Secret Invasion was an event where it was revealed that many of the world’s heroes had been secretly replaced by the shapeshifting evil Skrulls, who plan on taking over the Earth. Since the MCU changed the Kree-Skrull relationship so much with Kree being portrayed as villains, the entire plot of Secret Invasion could be wildly different from its comic book counterpart.

Related: The MCU Already Has A Non-Skrull Shapeshifter Hiding In Plain Sight

The MCU Has Already Flipped The Secret Invasion Script

Marvel Comics’ Secret Invasion focused on the villainous Skrulls’ abilities to impersonate many of Earth’s greatest heroes. This included the Illuminati, who made their MCU debut in Doctor Strange in the Multiverse of Madness. The Illuminati are probably not making their return to the main MCU universe unfortunately, since the Kree-Skrull relationship is very different from the comics. In the MCU, the Kree have been shown as a militaristic and villainous group since Captain Marvel, while the Skrulls seem much more innocent and typically side with the heroes. Without using villains able to shapeshift into heroes, the plot for Secret Invasion will have to be very different from the original.

Another problem the MCU will have to face is the small issue that most of the biggest heroes from the comics like Iron Man are dead, died in an alternate universe, or haven’t been introduced yet. Some of the other big players in the comics’ storyline are Black Bolt and Mr. Fantastic, who didn’t make it to the end of Multiverse of Madness. Since the series is going to focus on lesser explored characters like Nick Fury and War Machine, it’s not just the villains’ side that’ll be facing huge changes. The heroes will be all new as well, distancing the show from the comics.

Because the MCU can’t rely on shapeshifting, it opens the door for much more creative decisions to be made. The Kree have access to technology that can change their clothing appearance at will, but that won’t be enough to create a threatening villain. It’s possible that Talos isn’t the only leader of the Skrulls, and that there could be Kree sympathizers hiding among the heroes. If the Kree have found a way to disguise themselves or otherwise hide allies among the heroes, Fury’s distrustful nature could end up being a lot of help in their fight.

The changes Captain Marvel made to the Kree-Skrull War has had lasting effects on the MCU. Even bleeding into Spider-Man: Far From Home thanks to the line foreshadowing Kree sleeper agents in the MCU. Secret Invasion will release in 2023, and hopefully audiences will get to see a complex storyline that gives some less famous heroes their much deserved time in the limelight.

Next: Sony Is Doubling Down On Its Spider-Man Multiverse