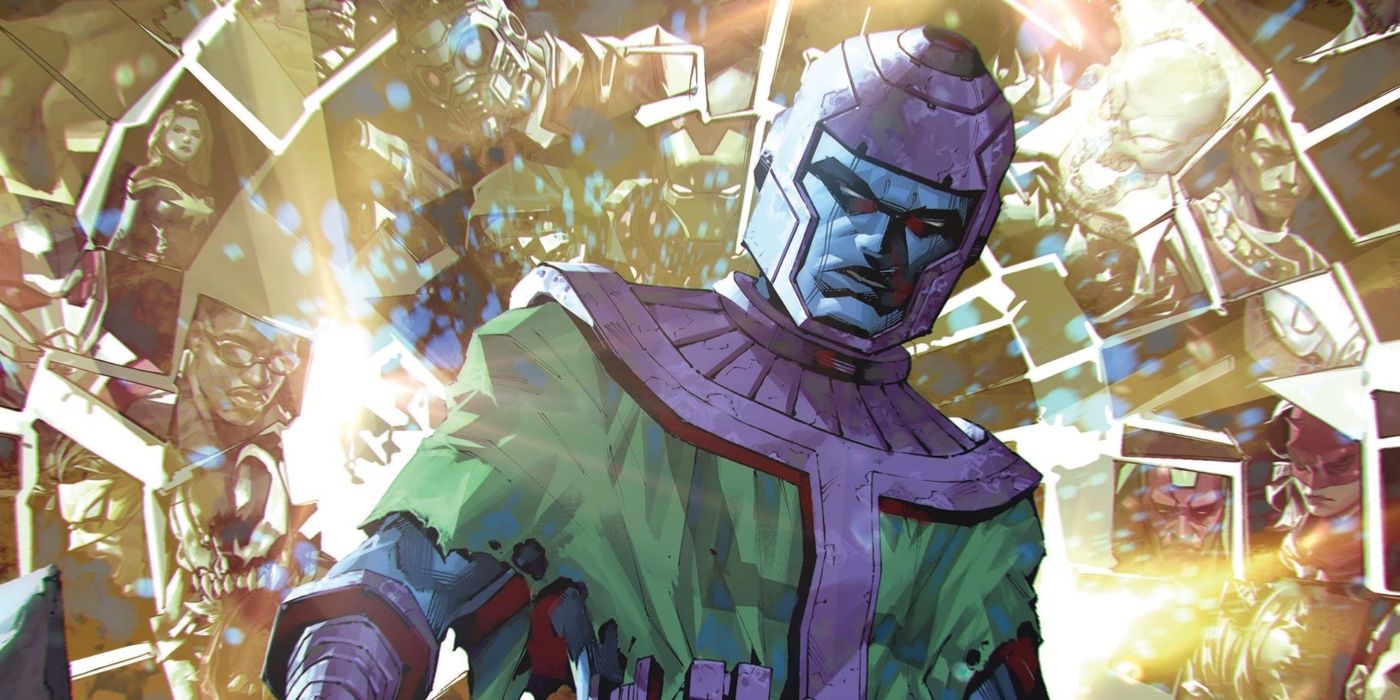 Timeless #1 formally introduces a new major Marvel villain – and they’re gunning for some of the universe’s most dangerous threats.

The following contains spoilers for Timeless #1, now on sale from Marvel Comics

The Marvel Universe has a deep bench of powerhouse villains, each capable of breaking entire worlds to their will if given the chance. But it seems like they’ve been in competition and never even known it, with a new dangerous force working against them from behind the scenes. But with the mysterious prize still left uncovered and targets on their back, it seems the villains might find out the hard way that someone as crafty as them is already on the move.

Timeless #1 (by Jed MacKay, Greg Land, Jay Leisten, Patch Zircher, Salvador Larroca, Frank D’Armata, and VC’s Ariana Maher) sets up a new Big Bad in the Marvel Universe with Myrddin and their mission to find the “missing moment.” But to get it, they will have to seemingly bring down five of Marvel’s most powerful villains — and they’ve already taken down one of them.

RELATED: Venom’s Weirdest and Most Tragic Story Was Getting Eddie Brock… Pregnant?

At the heart of Timeless is Kang the Conqueror’s attempts to hunt down a fabled “missing moment,” the one second in all of history that even his time-travel technology can never reach. But he isn’t the only one seeking whatever is hidden there, as the mysterious Myrddin is actively hunting it too. While Kang’s technology, weapons, and experience keep him one step ahead of this mysterious masked figure, Myrddin’s cosmic version of King Arthur and his Knights keeps the time-hopping villain on the run for most of the story. Even after he finally earns a brief break from the heroes, Kang isn’t given a second to breathe before Myrddin pulls a sneak attack and seriously wounds the longtime Avengers enemy.

Kang barely escapes with his life, venturing into Null-time to try and let his remaining technology heal him. But for the time being, it seems Kang has been dealt with — leaving Myrddin to return to his personal quarters and plan on how to confront the other remaining threats to beat them to the Missing Moment. This is illustrated by a chess board in his study, with only five pieces on the board. Each resembles a major Marvel villain. As Myrddin knocks over the Kang piece, four more remain — indicating that Myddin’s next targets are Doctor Doom, Ultron, Mister Sinister, and what appears to be Baron Mordo.

Which Marvel Villains Will Myrddin Target?

This puts some pretty big targets on the backs of some of Marvel’s most dangerous villains, who usually can handle entire teams of superheroes all on their own. But given that Mydrrin has their own formidable team and has proven crafty enough to even get the better of Kang, this leaves some of Marvel’s most dangerous figures in a very precarious position. Doctor Doom is probably the most well-prepared of the villains, as his role in events like “The Reckoning War” reaffirmed his power and status. Ultron recently appeared in New Avengers: Ultron Forever and Ant-Man with a mystical upgrade courtesy of robbing Asgard of its power. But this All-Father Ultron was last seen being blasted by the assorted Ant-Men in the reversed setting on the Time-Master’s aging ray.

Mister Sinister is actually set to become a bigger concern than ever in the upcoming Sins of Sinister crossover, which will see him (at least briefly) take over the entire Marvel Universe. Baron Mordo, by contrast, is far more likely to be on the run than the others, given his minor role in Death of Doctor Strange. But it seems that regardless of their current status in the Marvel Universe, all of them will soon find themselves facing someone strong enough to even bring down Kang. With the importance of the Missing Moment teased throughout the event — and the revelation that only a hero can actually achieve the moment, it looks like Marvel’s most powerful villains might be in the need of some serious backup going forward.