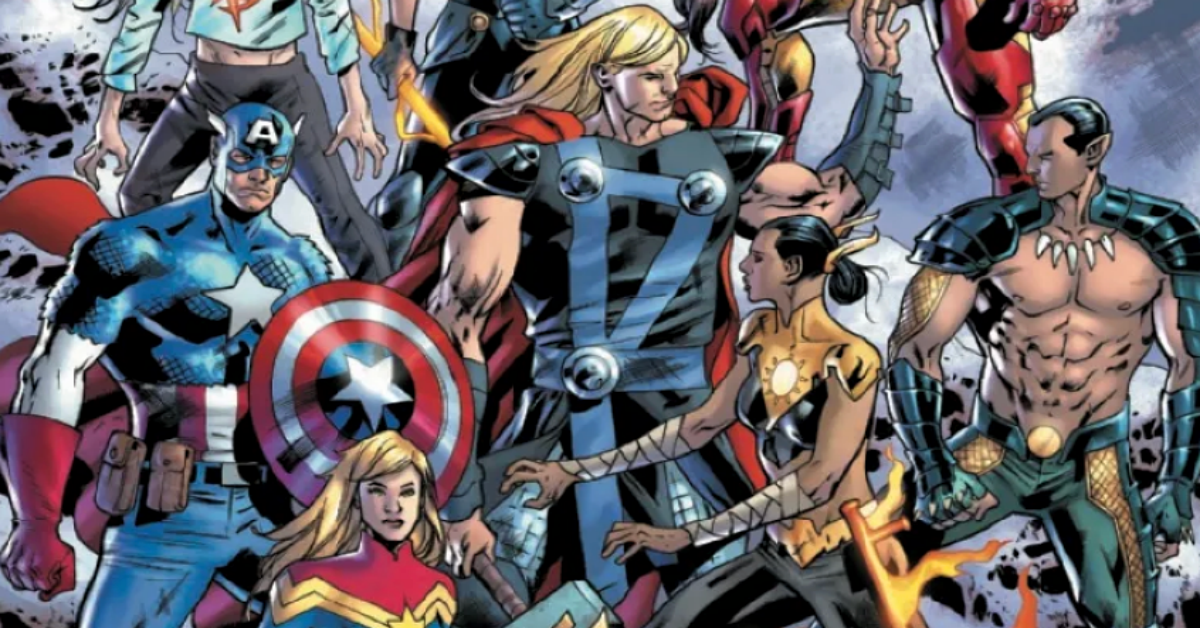 In what may be the biggest crossover of all times and space, Marvel Comics assembles Earth’s mightiest heroes from across the multiverse in Avengers Assemble. Uniting The Avengers, Avengers Forever, and Avengers of 1,000,000 BC, writer Jason Aaron brings his era of Avengers to a close in epic fashion — and the end begins with the Avengers Assemble Alpha #1 one-shot. In stores November 30th, the issue from Aaron and artist Bryan Hitch (Avengers, Ultimates) journeys from the Stone Age to the modern-day Marvel Universe before the event crosses over between issues of Avengers and Avengers Assemble. See interior pages in the preview below.

The mysterious Avenger Prime — the most important Avenger in the multiverse — has been assembling Avengers from across realities to stop the multiversal Masters of Evil: Doom Supreme, Dark Phoenix, a young Thanos the Mad Titan, King Killmonger, The Ghost Goblin, and the Black Skull. At the center of the biggest Avengers saga in Marvel history is the demon Mephisto, who confronts Avenger Prime in the first pages from Avengers Assemble Alpha #1.

“Four years of Avengers stories. Threads from really every major series I’ve worked on throughout my last decade and a half at Marvel, from Ghost Rider to Thor. It all leads to this. The biggest Avengers story I could possibly imagine,” Aaron said in a statement. “Featuring a cavalcade of characters from across creation. And I’m so deeply thrilled and honored that it all kicks off with an oversized ALPHA issue that’s being drawn by the legendary Bryan Hitch, who I’m getting to work with here for the very first time. Avengers Assemble. Say the words like a prayer. It’s the only thing that can save you.”

“From throughout time and the far corners of the Multiverse, the Mightiest Heroes of All the Earths are assembling as never before for a battle beyond all imaging,” reads Marvel’s official synopsis for Avengers Assemble Alpha #1. “A war that will take us from the prehistoric beginnings of an Earth under assault by the greatest villains who’ve ever lived to the watchtower that stands at the dark heart of the all and the always, where an army of unprecedented evil now rises.”