The road to Marvel’s Midnight Suns was filled with the same sort of cautious optimism that surrounded 2021’s Marvel’s Guardians of the Galaxy from Eidos Montreal. After the rocky and disappointing launch of Marvel’s Avengers, fans kept their excitement tentative for fear of being burned again. Thankfully, even more so than Guardians before it, Midnight Suns launched to positive reviews, being called a sleeper hit and genuine “game of the year” contender. And honestly, a lot of that boils down to how the game treats its characters.

In Marvel’s Midnight Suns you play as what can only be described as a self-insert. You’re the Hunter, an original character that you design from the ground up. By choosing how you talk to other heroes, how you treat other people, and whom you spend time with, you develop friendships and relationships with your fellow heroes. The characters here are so well written that you could mistake it for being something pulled directly from a comic book, not a completely original story written and developed by Firaxis.

Midnight Suns is filled with the kinds of major characters that you’d expect to see in a Marvel game, including Iron Man, Wolverine, Captain America, Doctor Strange, and Captain Marvel. They’re all plenty nuanced and have some pretty great interactions with your main character. Yet it’s not them that got my attention when I first loaded up the game, no. It’s the smaller characters, the ones that you only really know if you’ve dug past the surface of the Marvel Cinematic Universe.

Nico Minoru, Magik, Robbie Reyes’ Ghost Rider, and Blade (really stretching the definition of lesser-known with this one, I will admit) all get their time in the sun. Seeing Magik in this game the first time I booted it up absolutely made my day. It’s rare to see one of my favorite X-Men get the respect she so desperately deserves, and it’s rarer to see her shown as the tragic character she truly is. Marvel’s Midnight Suns goes the whole way by showing the effects of her time in limbo and how she’s deeply scarred by the experience. 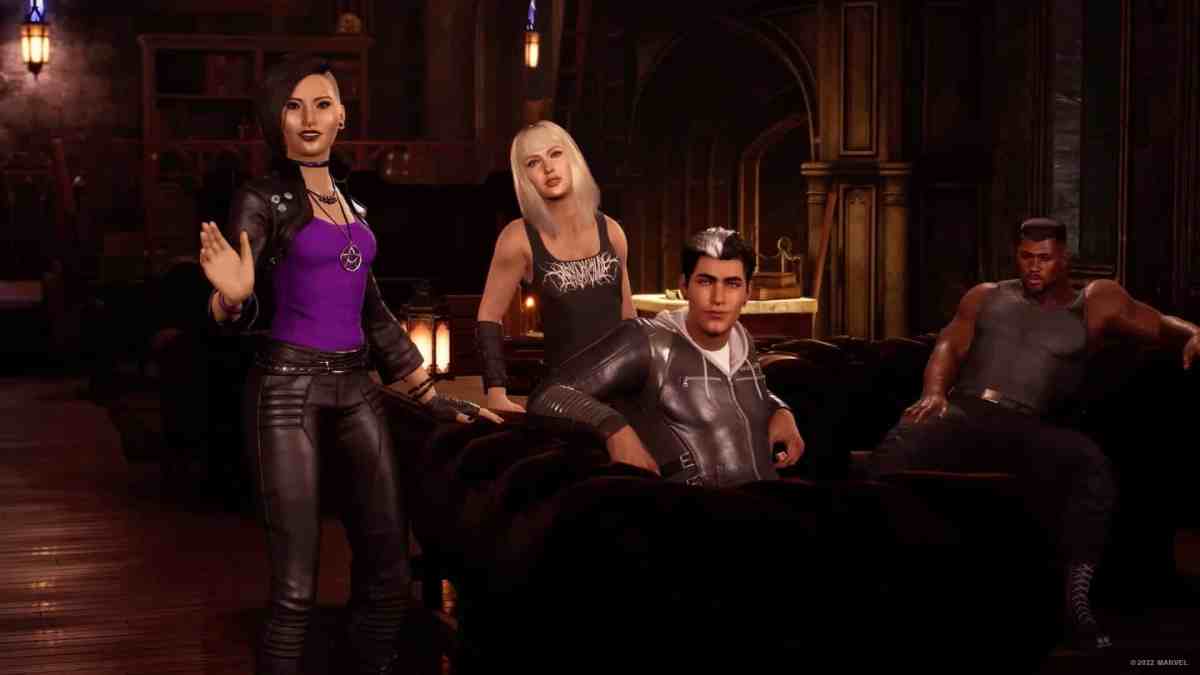 Nico Minoru from the Runaways here is played by the same actress that played her in the short-lived Runaways TV show, allowing you to truly see this as a potential future that version of the character ended up in. I’ve always thought the Runaways series is a rather underrated part of Marvel history, and with them being one of my favorite teams in Marvel, I love the little nods to their history in the game, from their tumultuous relationship with their parents, to the reason they’re called the Runaways in the first place. Once you get closer to Nico and develop an actual friendship, she’ll open up, revealing the soft interior hidden behind a rather rough exterior.

While I haven’t spent as much time with Blade and Robbie Reyes yet, from what I saw during my first few hours, they’re equally well done. People mistake Blade as just this hard-headed badass, but that’s only a small fraction of his character. At his heart he’s an absolute romantic (as proven by his infatuation with a specific character). Meanwhile, Robbie Reyes is suddenly surrounded with people who love to mess with technology, and he strikes up a fast friendship with Spider-Man and Iron Man, displaying a more innocent side of him away from the literal demon that hides within him.

Marvel’s Midnight Suns excels at blending character and gameplay into a beautiful mix, creating one of the finest strategy experiences of this year. A lot of that — and I mean a lot — comes down to how well the characters are captured throughout the game. Don’t sleep on the story of this game or the development shown throughout, or you’ll be choosing to miss out on one of the best narratives of the year.