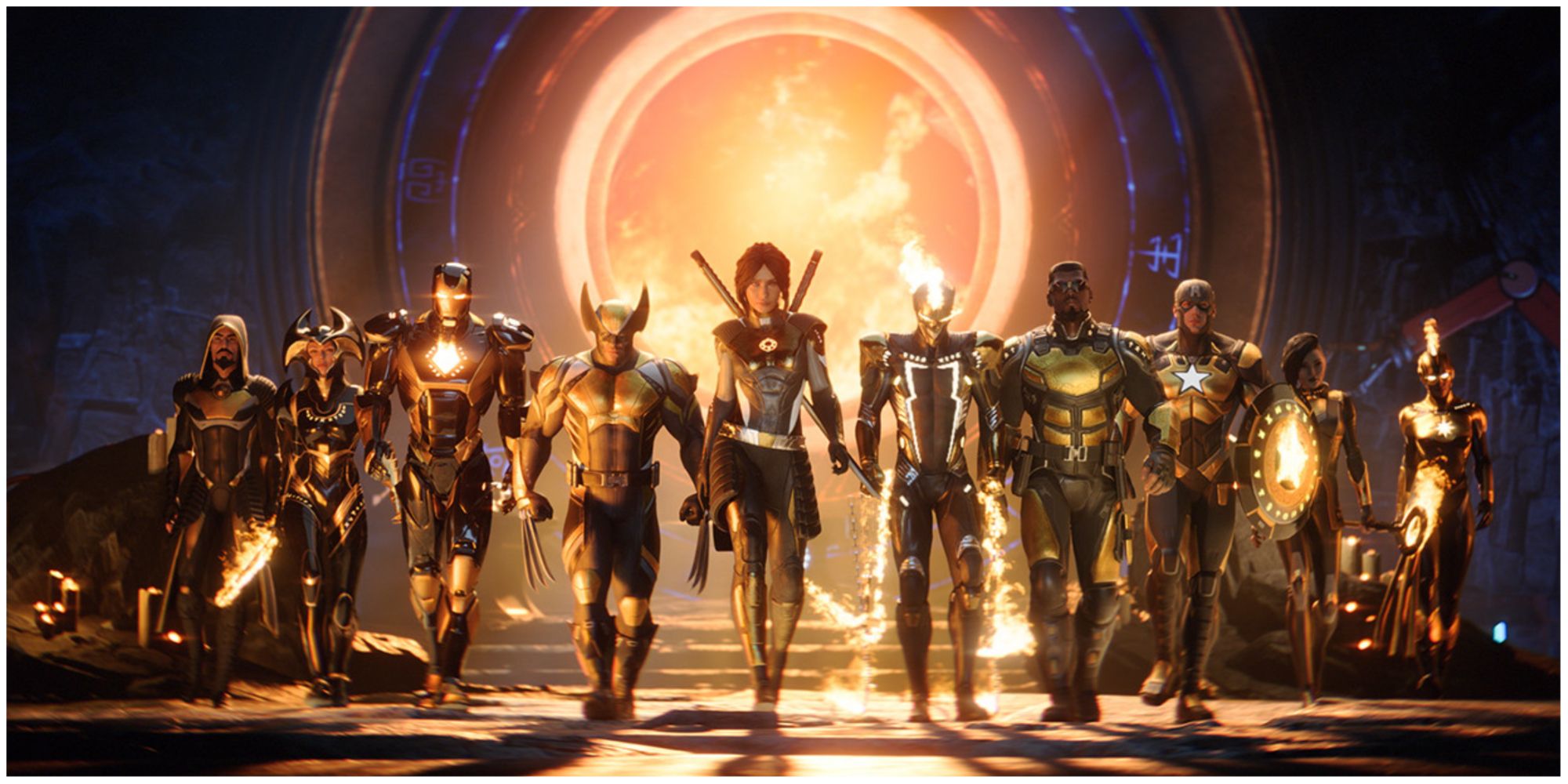 Marvel’s Midnight Suns boasts a unique and powerful roster, jam-packed with superheroes touting all sorts of powers. Characters range from the otherworldly Captain Marvel, the mystical magics of Sister Grimm (of The Runaways) and Dr. Strange, to the science and snark of Tony Stark and the friendly web-slinging face of Spider-Man. Each has their own role in the game, with quintessential moves in their repertoire that players can use to bring down goons and bosses in big strategic turn-based fights.

Developer Firaxis Games put a lot of effort into working the original comic styling into Marvel’s Midnight Suns, using many mechanics to ground the characters into their game mechanics and combat system. Each member of the roster has certain feats they can perform with specific effects: taunting enemies, life stealing, and even knockback and environmental collision damage. These heroes can work together to effectively, and efficiently, take down foes in their path (when they’re on the same page.) An enemy of my enemy and all that jazz.

Swords and sorcery reign supreme with this combo of heroes. It may be slightly tricky to get the hang of Dr. Strange’s abilities at first, as they can cost a lot of heroism (the special energy used in-game). However, that is where teaming up with the Hunter protagonist pays off. Hunter has access to certain cards and abilities that can generate heroism in conjunction with Strange’s passive ability, buffing how much heroism can be acquired per turn.

Heroism helps to make the big swings on earlier turns, fueling Dr. Strange’s Axe of Angarrumus attacks and buffing Captain Marvel when the player decides to use her. She packs a powerful photon beam and is able to direct more of the enemy’s attention taunting and blocking to guard the squishier spell casters on the battlefield.

This team is a similar make-up that covers all three bases within the game: a technical fighter, a tank, and a DPS/support role. It is more of a versatile build for all sorts of missions. Dr. Strange’s abilities enable the player to accrue more heroism and buff the party, making him the perfect supporting role for Captain Marvel, who requires a lot of heroism to successfully execute her attacks.

Dr. Strange is a sort of linchpin for this time, playing well with Spider-Man as well, who utilizes a lot of chain attacks jumping over the map and playing consecutive cards to whittle down the enemy numbers open by one. Dr. Strange has cards in his repertoire that increase the number of cards that a player can play in the turn, so Spider-Man can chain more of his attacks together to clear out the map.

Midnight Suns has many mechanics and synergies that can be capitalized upon, and one of maybe the more underutilized ones is life steal. It’s an unconventional ability, stealing life from the opponent every time a character damages them to restore their own health pool. Ghost Rider, X-Men’s Wolverine, and Nico Minoru are characters that make good use of the ability.

Nico, or Sister Grimm (if we’re using our made-up names), can strengthen her allies, increasing their damage dealing while using blood magic to enable them to drain enemies upon each hit. When these abilities are stacked with Wolverine and Ghost Rider’s innate life steal cards, this can provide significant healing. Plus, strengthening will help to increase the potency of Wolverine’s chain attacks and Ghost Rider’s already high damage potential.

This balanced team comprised of characters can each individually deal respective damage, but when working together, they can decimate their enemies. Iron Man is very good at crowd control and utility cards to increase heroism and buff other players.

Captain America takes advantage of the extra block and proceeds to stonewall the enemy’s incoming attacks, and Blade can flit around the battlefield dealing out powerful single-target attacks. This team is versatile for any mission. Players may feel that the balanced gameplay is quick to take down most foes in the game, with each character covering specific bases.

There will be no civil war between this team, with Underoos bringing some nice synergy to two powerful stalwart supers. This is a heroism factory that relies on building the special energy to block incoming attacks. It also enables the player to perform powerful swing turns that can mow down minions.

RELATED: Turn-Based Tactics Games That Are Perfect For Newcomers To The Genre

Spider-Man’s game is all about chain attacks, and with his abilities, he is versatile in nearly any situation. His cards allow him to build heroism rather quickly. Depending on how the flow of battle is proceeding, players can either pump it into Cap for that extra boost to defense while he is taunting, or Iron Man can use it to share the pain all around. Captain America can be swapped with other party members; however, he could be considered one of the better tanks in the game with great crowd-control taunting abilities and a high defense that does feed well into the heroism synergies at play.

A more nuanced hero composition, this team can go either way. It can deal loads of damage with high maneuverability, or have tank that can taunt while the other characters pop out from behind cover to do their thing. Firstly, Scarlet Witch and Magik are a match made in chaotic, magic heaven. Scarlet Witch may be a little bit more difficult to get to the same level as other characters in the roster, as she is only accessed once the player has progressed through more of the story. However, she is great at crowd control and area-of-effect abilities.

Magik synergizes well with her portal ability, and as in any strategy game, controlling the battlefield and maximizing the potency of her fellow teammate’s moves is key to completing the mission. Portals help to transport enemies around the map, clustering them to ensure that the entire group can be hit by Scarlet Witch’s area-type attacks.

Captain America is a good tank to take the incoming damage from enemies and is a balanced tank overall. Meanwhile, Ghost Rider takes the “best defense is a good offense” route, spewing Hellmouths around the field and having enemies portal into them can be a huge boon to the player. Also, some of Ghost Rider’s abilities rely on straight lines. When enemies are clustered together, via Magik’s portals, it can make the Spirit of Vengeance skill that much deadlier.

Marvel’s Midnight Suns is out now on PS5, PS4, Xbox One, Xbox Series S/X, and PC. It will release on Nintendo Switch in 2023.