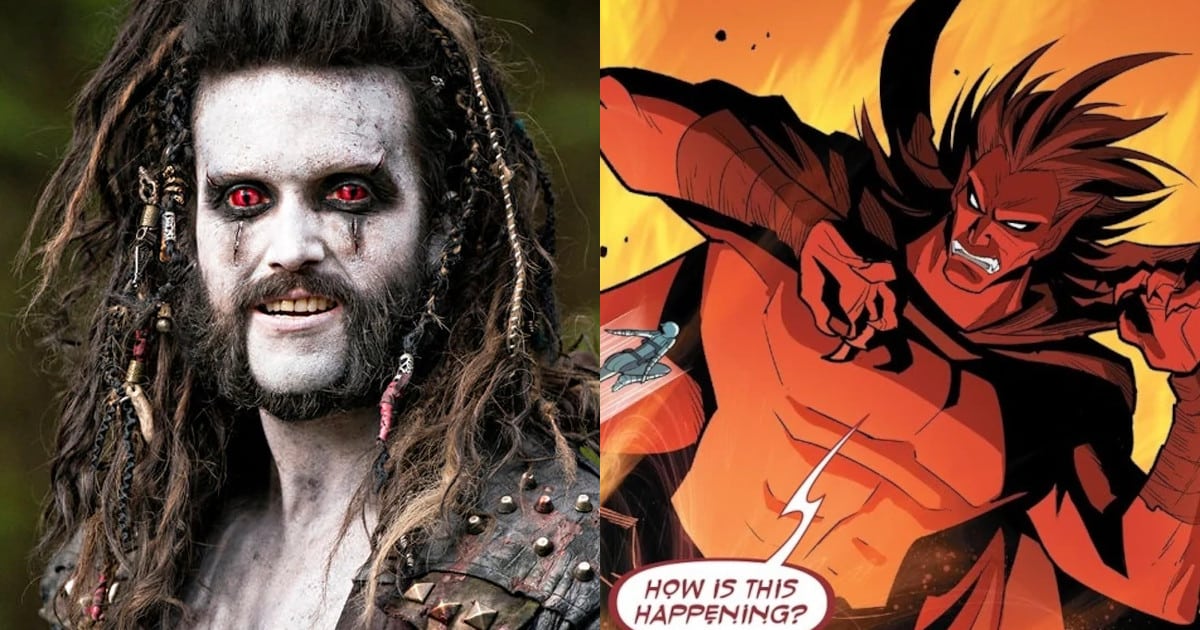 Concept art and rumors currently going around offer Kevin Feige’s grand plan for Mephisto is to be a knockoff of DC’s Lobo.

As I tweeted (see below), the news comes right in time with claims that Jason Momoa will be playing Lobo for James Gunn, so just maybe, Feige is playing follow the leader again but trying to beat DC to the punch as he did with Captain America: Civil War (a response to Snyder announcing Batman vs Superman) and Spider-Man: No Way Home (response to DC’s The Flash movie), and there is Feige’s wannabe Justice League with Eternals, etc., etc.

So the latest is that the CanWeGetSomeToast Twitter account is claiming Marvel’s Mephisto in Ironheart, said to be played by Sacha Baron Cohen known for Borat, is going to look like Lobo.

“Here’s a holidays bonus!” tweeted the account. “Mephisto looks like a Lobo cosplayer got introduced to some medieval armor also, Zelma (who’s in the Strange Academy in the comics) is in Ironheart showing off her magic and helping the fight against the demonic forces of evil.”

Sure enough, alleged concept art has surfaced that shows Mephisto looking a lot like Lobo as well as Gene Simmons’ Demon from KISS.

Some fans think the concept art could be AI-generated, so it may be fake, but if CanWeGetSomeToast’s claims are true, the real design might look something like the following art “leaked” on Twitter via 4Chan.

Feige now bringing Lobo into the MCU because Jason Momoa is going to play Momoa for James Gunn 🤣🤣🤣 https://t.co/xyFpW61U3A

Previously, the MyTimeToShineHello Twitter account offered how the Sacha Baron Cohen Mephisto is going to fit into the Ironheart series as the character doesn’t have anything to do with Riri Williams in the comics.

“The Hood is the villain of the show. He’s magic based character that makes a deal with a demon to get his cloak and powers. Originally it was with Dormammu in the comics but here it’s gonna be with Mephisto,” tweeted the account.

If the Mephisto design holds true and the character will look completely different than the comics, that will be a huge disappointment but not surprising as Feige’s Marvel team is no longer made up of people that like comics but who are actually hired because they never read them.