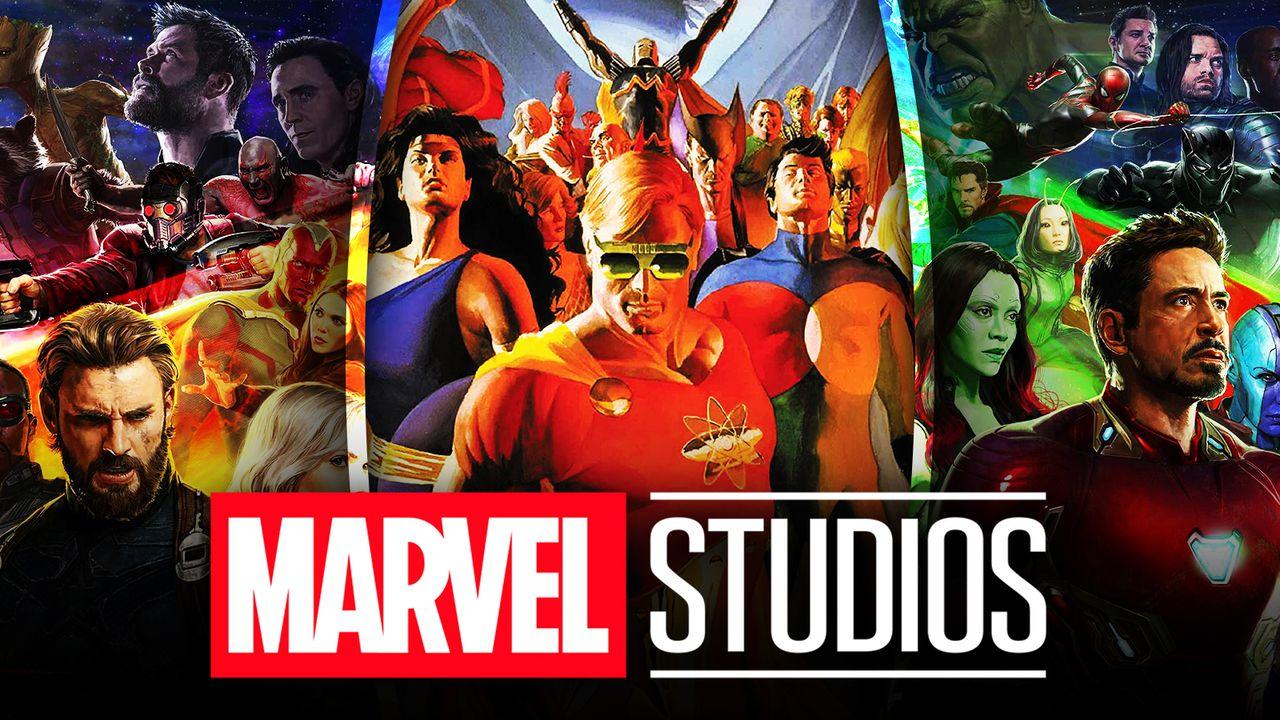 It looks like Marvel Studios is aiming to introduce its knock-off evil Justice League for the first time in live-action.

The parody team, the Squadron Supreme, has existed in several variations since their first debut in The Avengers #85 back in 1971. Dating all the way back to their inception, the core members of the team were always meant to blatantly parallel the Justice League in DC Comics.

The group was Marvel’s way of unofficially using its competitor’s core heroes in their stories—though, generally speaking, the Squadron Supreme skews far more towards villainy than heroism.

Up until this point, the characters have never seen any live-action adaptation. However, it looks like that’s about to change.

As is commonplace these days with various insiders, KC Walsh took to Twitter to share a picture of the Squadron Supreme—though he failed to provide any more context.

If one looks at the replies to that tweet, KC’s responses paint a clearer picture. When asked if the group was going to show up in Loki Season 2, a show they’ve previously been rumored to appear in, Walsh responded, “No idea, I’m hearing them for something else.”

Someone else jumped in, suggesting Avengers: The Kang Dynasty, to which the insider replied with a simple “Nope.”

A third tweet from Walsh simply shared a comic image of the Thunderbolts, suggesting that the Squadron Supreme could be facing off the ragtag bunch in the film.

Who Are the Squadron Supreme?

The most recent incarnation of the Squadron Supreme came in 2015, where the group consisted of different super-powered individuals who originated from various realities destroyed by Incursions, a universe-ending event that led directly to Secret Wars.

This includes Doctor Spectrum, who plays off of Green Lantern, Blur, who riffs off of The Flash, Nighthawk, who is an alternate Batman, and Hyperion, whose basically a Superman clone.

Then there’s Thundra and Warrior Woman, both of whom play off of Wonder Woman in different ways.

When it comes to their possible entrance into the MCU, two things jump out. The first is how the team is comprised of people from different universes, an idea that would play very well in the Multiverse Saga.

Then, add in how the recent version of the team was directly related to the build-up to Secret Wars, and it all starts to really fit. There truly wouldn’t be a better time to invite the Squadron Supreme into the MCU than at some point during Phase 5 or 6.

What Would Their Role in Thunderbolts Be?

So, if KC Walsh’s activity is anything to go by, the strongest contenders for this dastardly team to show up in is Thunderbolts.

To have the Justice League impersonators appear in Phase 5’s ensemble film would indicate that the two groups may end up in a scuffle with each other. If so, there’s no contest—The lineup of that team, at least as it stands now, wouldn’t stack up against the Justice League very well.

Though, maybe Val and her government connections just need a group of well-trained individuals in a pinch, seeing as there are no Avengers around to call upon.

Marvel could also be looking to downplay the Squadron Supreme’s powers as well, giving them a nerf, which would theoretically make the group a more fitting match the Thunderbolts.

Thunderbolts is currently set to hit theaters on July 26, 2024.